Sustain / Who we are

Working together - our success stories

We present these successes with pride, but also acknowledge that no single organisation – not even one like the Sustain alliance, working with so many member groups and such extensive networks – can claim that it, alone, won on a specific issue.   Nonetheless, we are confident that Sustain made a significant contribution to, or 'led the charge', on the progress outlined below.

For more details, see below under the campaign and project headings. 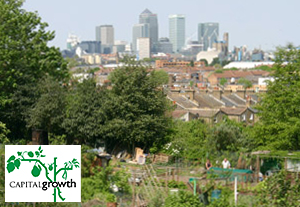 Supported creation of 2,012 new community food growing spaces in London by the end of 2012, now a network of over 2,500 community gardens, in schools, allotments, community projects and backyards

Backed by a wide range of groups, including the Mayor of London, the Big Lottery and the City Bridge Trust, Capital Growth has:

To see the latest progress, become a member, find a garden to volunteer with, or to get involved in our training and events, go to Capital Growth. 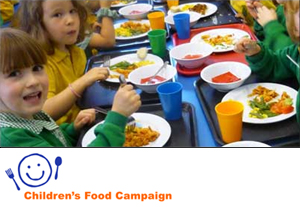 The Children’s Food Campaign is supported by over 150 organisations and has:

This campaign builds on work to promote children’s diet-related health spanning more than a decade and our expertise has become internationally renowned. To help us continue to improve children's food, go to Children's Food Campaign, and read more about its successes. 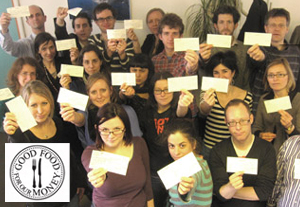 Campaigning for healthy and sustainable food standards for food served in UK hospitals, for the benefit of patients, NHS staff and hospital visitors

We established the original Good Food for Our Money campaign in 2009 to improve food standards in the public sector. With the backing of hundreds of organisations across the breadth of issues touched on by this campaign, we have:

To help us make positive improvements to hospital food, please go to the Campaign for Better Hospital Food. 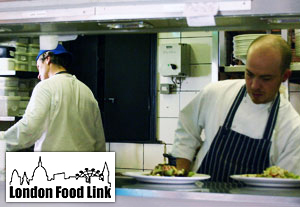 London Food Link runs campaigns and initiatives to help create a healthy and sustainable food system for all, and helps join-the-dots between growers, makers, cooks, sellers, savers and enjoyers of good food across the boroughs. Since Sustain launched the network in 2002, London Food Link has:

Real more of LFL’s ongoing achievements and get involved in improving the capital’s food system by joining London Food Link. 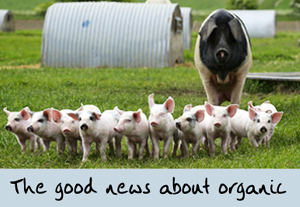 Helping the market for sustainable food to grow

In July 2010 the European Commission accepted our bid for funding to promote the organic sector. We went on to help win a second bid, and then in 2016 a third - worth 10.5 million Euros to the organic sector (in this third phase, now wholly managed by the Organic Trade Board, a Sustain member).

The website Why I Love Organic has attracted tens of thousands of visits, reaching out to people who buy organic because of its many benefits. 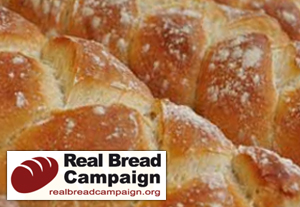 Fighting for better bread in Britain

Since its launch in November 2008, highlights of our Campaign's success have included:

Newer projects include Together We Rise, designed to help thousands of people who live with mental health issues, or otherwise have a tougher time than most of us, to benefit from the therapeutic, social and employment opportunities offered by Real Bread making. We’re also working on No Loaf Lost, aimed at going further than great, existing food redistribution and waste prevention initiatives by helping bakeries to reduce the amount of surplus they generate in the first place.

To support our work, please join us here. 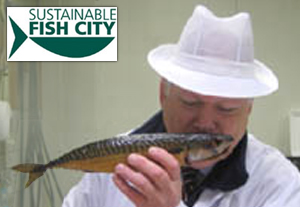 Helping communities, businesses and institutions to play their part in marine conservation by buying, selling and eating only sustainable fish

Inspired by the success of persuading the London 2012 Olympic and Paralympic Games organisers to adopt a fully sustainable seafood policy, in January 2011 Sustain launched this campaign to promote the same standards to the wider catering sector. Highlights of our exciting progress include the following:

To help us spread the sustainable fish message to even more outlets, take the pledge at Sustainable Fish City. 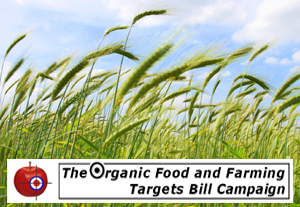 Helping the market for organic food to grow

In 1999 Sustain became the secretariat for the Organic Targets Campaign. In just three years we: 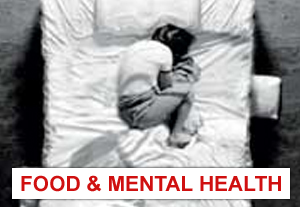 Sustain drew together information from a wide range of sources, for the first time, on the links between diet and a range of behavioural problems and mental illnesses. We: 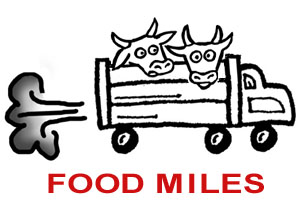 The growing market for local food owes some debt to our long-term work on exposing the damage to our environment and our health from food miles – the long-distance transport of food that should be locally produced and consumed.  We:

Good Food for Our Money

Campaigning for taxpayers’ money to improve food in hospitals, schools and the public sector

Established in early 2009, the Good Food for Our Money campaign rapidly attracted over 60 supporting organisations, and the number is still rising.  With their help we have already:

To help us make positive changes with more than £1 billion of food bought in the public sector each year, please go to Good Food for Our Money. 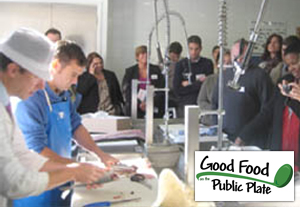 In 2004, Sustain worked with the Soil Association to run a two-year pilot Hospital Food Project, working with four London hospitals to increase the proportion of local and/or organic food used in routine catering.

Based on this success, Sustain continued to develp this initiative, working with local authorities, schools, universities and care homes, as well as hospitals.

For details of Sustain's current work on healthy and sustainable public sector food procurement, go to Good Food on the Public Plate. 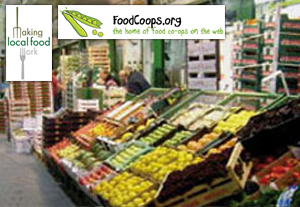 Food for the London 2012 Olympic Games 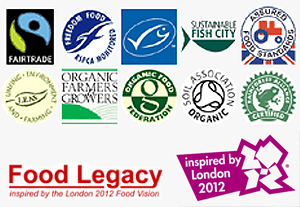 Taking the opportunity to go for gold-standard food and farming

In 2006, Sustain worked with the Soil Association and New Economics Foundation to publish the report 'Feeding the Olympics: How and why the food for London 2012 should be local, organic and ethical'. In 2008, Sustain joined the London Food Board as members of the new London 2012 Food Advisory Group, developing recommendations for food standards for the London 2012 Games organisers (LOCOG).

To see how Sustain built on these achievements see our Food Legacy site. 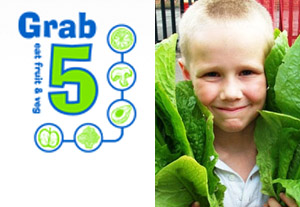 Grab 5! was a very successful and popular approach to helping primary school children in low income areas eat more fruit and vegetables.  Funded from 2000 to 2003, the project: 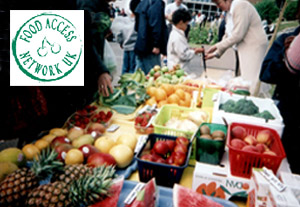 The future of food and farming 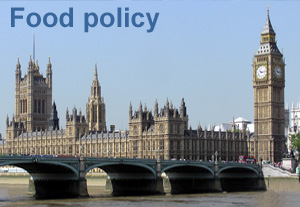 In the aftermath of BSE and Foot & Mouth Disease, Sustain was among those calling for an independent commission to ensure a more sustainable farm and food system. The Curry Commission was set up in 2001 by the Prime Minister and made far-reaching recommendations to change the current food and farming system.