Sustain / Sustainable Fish / Who's working on it?

The following shows which national and London government institutions have signed up to the Sustainable Fish City pledge for their fish buying, also promising to promote sustainable fish to their staff and visitors. 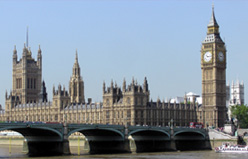 With our lobbying and support, the UK government adopted a mandatory policy to use only sustainable fish in its catering for Central Government in England, as part of new Government Buying Standards. The government adopted the same definition of sustainable seafood as we created for Sustainable Fish City and the London 2012 Olympic and Paralympic Games catering. This government policy now covers all catering for Number 10, Whitehall, Central Government departments, prisons, and some parts of the armed forces - greatly improving the sustainability of fish served in meals to around 400,000 people per year. An expectation to meet Government Buying Standards - including verifiably sustainable fish in food for patients, staff and visitors - was also adopted into the NHS Standard Contract for NHS hospitals.

“We are sending out a clear message to the wider public sector to take the same action.”

“This is good news for fish and precious marine environments, and good news for sustaining decent livelihoods in the fishing industry. Hundreds of thousands of citizens have demonstrated their concern about declining fish stocks through high-profile campaigns such as Hugh Fearnley-Whittingstall’s Fish Fight. We’re delighted that Government has put its own house in order and opted to buy only sustainable fish.”

The City of London provides local government and policing services for the financial and commercial heart of Britain, the 'Square Mile'. Its responsibilities extend far beyond the City boundaries in that it also provides a host of additional facilities for the benefit of the nation. These range from open spaces such as Epping Forest and Hampstead Heath to the famous Barbican Arts Centre. In 2012 the City of London Corporation signed the Sustainable Fish City pledge for food served to employees and at functions held at the historic Guildhall and Mansion House.

"The City of London Corporation is proud to support the Sustainable Fish City Campaign. As we are over 800 years old, we are acutely aware of the consequences of failing to think about the future, and we are alarmed that unsustainable fishing practices are threatening the long term health of the world's oceans. The Sustainable Fish City campaign represents a real opportunity to raise awareness of this threat, and influence the behaviour of fishermen, suppliers and consumers. We would urge all responsible organisation to join us in supporting this project."

Alison Jane Gowman, Alderman for the Ward of Dowgate, Chairman of the Energy and Sustainability Sub Committee.

In 2011, the UK Department for the Environment, Food and Rural Affairs (Defra) also signed up to the Sustainable Fish City pledge, confirming their commitment to serving only sustainable fish in food served in Defra canteens and at events.

In 2011, the UK's House of Commons also signed up to the Sustainable Fish City pledge, confirming their commitment to serving only sustainable fish in food served to MPs and their visitors at the Houses of Parliament.

In December 2010, the London Mayor's food advisor Rosie Boycott announced that the Greater London Authority Group (GLA Group) would commit to using healthy and sustainable food for catering provided to the London Metropolitan Police, Transport for London, the London Fire Brigade and the GLA's own staff and events at City Hall. Together, these reportedly consume more than 10 million meals a year. The commitment includes a promise to use only sustainable fish, adopting the same definition as used by Sustainable Fish City and the London 2012 Olympic and Paralympic Games. [read more...] [read press release...]

In 2018, 26 boroughs continued to be taking at least one significant action to support sustainable fish and 13 received top marks. Step by step, London is becoming a sustainable fish city! Explore the borough maps and interactive league table here.

“London Borough Councils buy a lot of fish to be served in schools, hospitals, council offices and at events. Millions of pounds of our money are spent on fish every year by London Boroughs, and surveys indicate that the majority of Londoners care deeply about the future of fish and precious marine life. So London Boroughs are well placed to make a significant difference with their fish-buying policies. It is inspiring to see that over a third of Boroughs are now showing leadership, but there is still a way to go.”