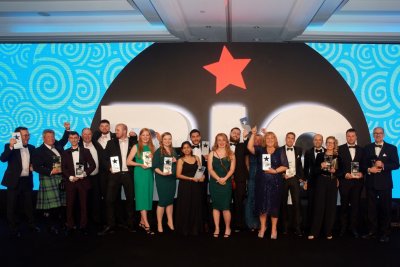 The owner of Peter Cooks Bread in the Malvern Hills, and current Real Bread Campaign ambassador, has been crowned Baker of the Year in the Baking Industry Awards (BIA) 2022. The BIA website notes: ‘In the past couple of years Peter has embedded a greater sense of pace of innovation and product development to complement his core rye-based range and make sure customers keep coming back for more.’ It goes on to say: ‘He’s a hands-on baker but also dedicates a lot of time to training his staff…teaching, advising, and supporting them as they grow as bakers.’

Peter’s fellow Campaign ambassador Aidan Monks leads the team at Lovingly Artisan in Kendal, whose malted barley sourdough scooped the award for Speciality Bread Product of the Year. Made using flour from Campaign supporter mills Gilchesters Organics and Matthews Cotswold Flour, the loaf was described by judges as: ‘both delicious and homely,’ with a ‘great shape and unique, moreish taste.’

Campaign supporter Tim Goodwin (Baker of the Year 2021) heads up the Team of the Year winner, The Street Bakeshop, which also nabbed the Craft Bakery Business Award. Judges called the crew at the Basing, Hampshire bakery: ‘highly skilled, knowledgeable, passionate and dedicated.’

Notes on all winners and finalists can be found on the BIA website.