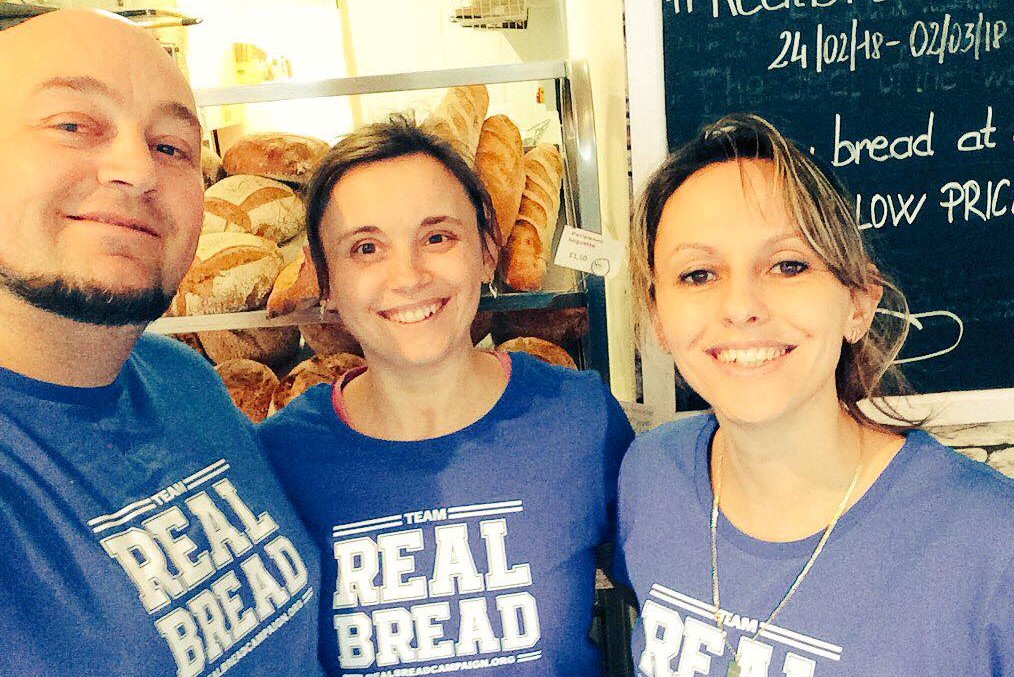 Back in September, 90 judges whittled down around 600 entries in a blind tasting to select the upper crust of loaves sent in by bakers from around Britain and Ireland.

The winner of the Real Bread Campaign category, a French country sourdough baked by Istvan Nadhazi of M’s Bakery in Bournemouth, was also declared overall champion.

Istvan said: “I am so glad to be here, we are a very small bakery and it is such an honour. Congratulations to all the finalists in the room. We are brothers, baking brothers.”

The other loaves baked by Real Bread Campaign supporters that were chosen as category winners were:

Loaves baked by Real Bread Campaign supporters were also runners up in 13 of the 17 categories, and collected more than 30 of the 49 gold medals awarded.

Wild Bread Bakehouse in Faversham was named independent food & drink retailer 2018 in the Kent Life Food and Drink Awards, while Bake Off and Pie in Nottingham was shosen as Bakery of the Year in The Food Awards England.

You can find where to buy Real Bread crafted by all of these bakeries, and hundreds more, on the new Real Bread Map.