A look back at some of the highs and lows of the Campaign trail. 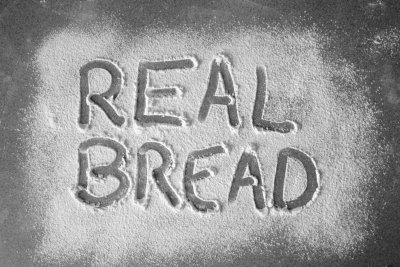 It’s been another busy year for neighbourhood bakeries, as well as at Campaign HQ. Amongst the highlights of our news were:

Thank you to everyone who has given their practical, intellectual, moral and (very importantly) financial support to allow the charity Sustain to keep running the Real Bread Campaign.

Baking a Better Career enabled more than 130 people to hear four Real Bread bakery professionals from both sides of the Atlantic share their experiences of running successful, profitable businesses in ways that better support their team members physically, psychologically and financially. This peer-to-peer event also included opportunities for participants to ask for – and share - information and advice. It focussed on topics including production scheduling and staff hours; involving team members in decision making; pay and benefits; and building mental wellbeing into a bakery’s ops and culture.

Our annual, international Real Bread Week was the biggest yet, with wider participation indicated by more than 3600 #RealBreadWeek posts from at least 44 countries on Instagram alone, an increase of 80% in posts since 2020. Nearly 60% of Real Bread business owners who responded to our survey said that their social media following increased during Real Bread Week, and more than a quarter experience a boost in sales.

For Real Bread Week we were invited to speak to speak at a meeting of the Bakers, Food and Allied Workers Union’s parliamentary group. Tied in with this, Ian Mearns MP tabled Early Day Motion 1523 to have our Honest Crust Act calls debated in parliament. By the end of March 26 MPs had signed.

In April we launched the search for our next official Campaign ambassadors. By the end of May this had attracted more than 80 applications from a wide range of people 20 countries with different interests in, and relationships with, the rise of Real Bread.

Building on the momentum of the cross-party support of 32 MPs for our Early Day Motion, we continued our stepped-up lobbying for an Honest Crust Act of improved loaf labelling and marketing regulations. This included Labour MP Grahame Morris writing to Defra and then slamming the minister’s ‘flawed response’ to it.

Also in April, we submitted a complaint to the Competition and Markets Authority that current loaf marketing and labelling regulations fail to create a fair and level playing field on which SME bakeries can attempt to compete with the combined marketing might of the £3-4 billion baked products manufacturing industry and multiple retailers. The CMA responded that they would analyse our complaint and consider investigating.

In July, our Microbakery 101 webinar to inform and inspire people setting up a small business from home, or other small space, to bring Real Bread to the heart of their local communities, was attended by more than 250 budding businessfolk.

Also in July, more than 270 backers helped us to smash our Knead to Know…more crowdfunding target, with the total rising above £12,000!

The same, busy month saw us announce our 12 new, official Campaign ambassadors. Collectively they embody a snapshot of the diversity (in all senses) of the people in our UK network, and their relationships with Real Bread. We also began work to encourage and support people starting Real Bread networks outside the UK.

After more than 12 years of Real Bread Campaign lobbying for better loaf labelling and marketing legislation, in September, Defra held the first meeting of Defra’s Bread and Flour Technical Working Group. This group is tasked with reviewing The Bread And Flour Regulations and other regulatory matters.

More than 4300 #SourdoughSeptember tagged Instagram posts from over 60 countries is evidence that our annual initiative continues to be an inclusive, global celebration. Feedback indicated that bakeries experienced a business boost, while many people baked bread for friends and family.

On 1 November, we published Knead to Know…more and within six weeks had posted out nearly 400 of the 1000 copies printed. We also continued conversations with Better Health Bakery, Luminary Bakery and The School of Artisan Food about work beyond the book to support budding microbakers who face extra barriers to setting up their own businesses and/or who are from groups underrepresented in the Campaign’s network.

Also in November, we announced the first ever Real Bread Buddies Day as a new highlight for Real Bread Week 2022.

Following the November meeting of the Bread and Flour Technical Working Group, we began work on the case for a legal definition of sourdough bread to present to Defra.

Another award-winning year for Real Bread Campaign supporters was rounded off in December by Campaign co-founder Andrew Whitley being named Person of The Year, and Campaign ambassador Peter Cook as Baker of the Year, in the Slow Food UK Awards.  During 2021, Campaign supporters also picked up a host of accolades at the Baking Industry Awards, BBC Food and Farming Awards, Britain’s Best Loaf, Great Taste Awards, The Scottish Bread Championships, The World Bread Awards and more. 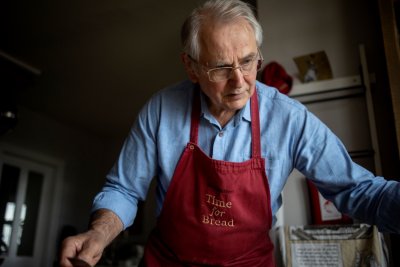