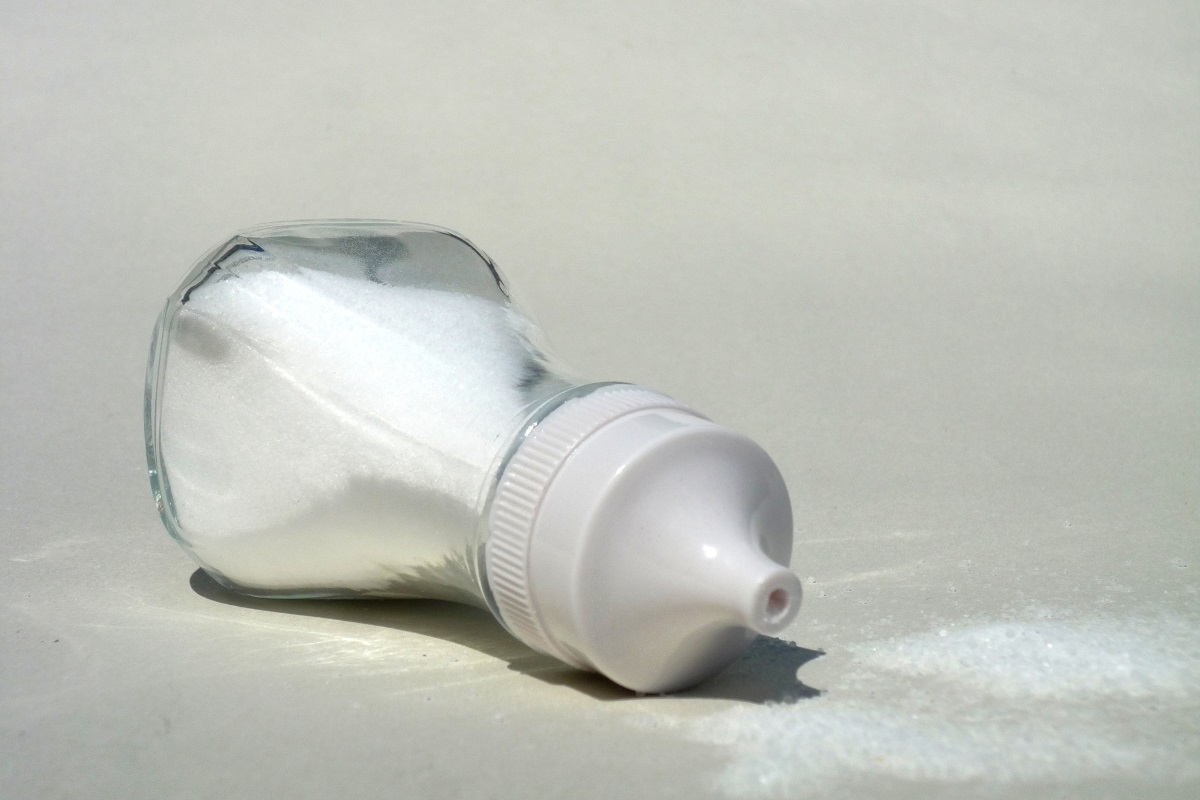 In very small amounts, sodium (an element in common salt) plays a part in a number of functions in the human body but many people in the UK consume far too much of it.

As part of our work in finding ways to make bread better for us, better for our communities and better for the planet, the Real Bread Campaign urges all bakers to check if they need to reduce the amount of salt they use.

Much of the excess salt in our diets comes from ultra-processing industrial food products, but Real Bread bakers have their part to play in baking things better, too.

Skilled Real Bread bakers are well placed to keep salt levels down as using fantastic, flavoursome, natural ingredients and longer fermentation to bring out the best in them is at the heart of what they do. There should be no need round here for excess salt in an attempt to enhance the flavour of low-quality flour made into dough that is given insufficient time to ripen in order to bring out what little it has...

In line with Public Health England’s 2024 voluntary salt reduction target for bread (and industrial loaf products) we encourage Real Bread bakers to aim for a maximum salt level of no more than 0.85% (ie 0.85g per 100g) of finished product weight.

We also call for:

The overwhelming evidence is that a diet high in common salt (sodium chloride) contributes to high blood pressure (hypertension) which increases your risk of a number of health conditions, in particular heart disease and stroke.

Studies have also linked a high salt diet to cancer of the stomach, kidney disease, osteoporosis, kidney stones, obesity, and to exacerbating the symptoms of Meniere’s Disease, Alzheimer’s Disease and diabetes.

For these reasons, the Real Bread Campaign supports the work of Consensus Action on Salt & Health (CASH) and Salt Awareness Week in drawing attention to these risks and finding ways to reduce the amount of salt in our diets.

Current UK governmental advice is that adults should counsume no more than 6g of salt per day.

Are some types of salt healthier than others?

Claims that sea salt or rock salt 'tastes saltier so you use less' or are 'healther because they contain other minerals' are just nonsense. Some salt is iodised* in an effort to counteract a deficiency in some people's diets, but there are plenty of healthier sources of iodine, such as fish, seafood, seaweed, milk and other dairy products.

That said, industrially produced salt might contain additives that you want to avoid, such as the anti-caking agent sodium hexacyanoferrate (II).

You might want to choose salt produced by a small, independently-owned business that provides more skilled work for local people per pack than an industrial producer does. You might also find certain brands have processing methods (e.g. sun-drying of sea water) that use less energy and generate lower negative environmental impacts.

* Though the Scientific Advisory Committee on Nutrition (SACN) notes that: '...iodised salt is not widely available in the UK or used in manufactured products.'

So why use salt in baking?

In Real Bread and industrial loaf baking salt in small quantities helps to:

*This is especially useful in industrial loaf production that doesn’t allow enough time for the dough to ‘ripen’ and develop flavour naturally.

What can professional bakers do?

Many industrial loaf makers, and even some traditional bakers, allowed salt levels in their products to creep up to unecessarily high levels and their baked goods became a major contributor to salt in our diets.* The Federation of Bakers (which represents many of the country's wrapped/sliced loaf producers) gives the figure as about 17% of the salt we consume in the UK.

Public Health England’s 2024 voluntary salt reduction target for bread (and industrial loaf products) is a maximum salt level of no more than 0.85% (ie 0.85g per 100g) of finished product weight.

Adverse publicity over the years has helped to persuade many industrial and craft bakers to lower the salt levels of their loaves and other baked goods.

FSA research has shown that reducing salt in bread is easy and acceptable to customers, with no discernible effect on taste. In the FSA study bakers reduced the level of salt in their bread by 25% over six weeks and customers did not notice the difference. Not only that, the quality of bread baked in commercial premises, under different conditions, using different recipes remained high.

The Campaign urges all Real Bread (and other) bakers to look at the salt level you are using in your loaves, and to lower it if you exceed the 1% of loaf weight target.

NB The target is based on finished loaf weight, not dough weight or baker’s percentage based on flour weight.

* As at February 2012, industrial loaves still appeared to be the largest source of dietary salt in the USA.

How to much salt to use

Unless you're making pane Toscano, you'll probably want to use at least some salt when baking bread.

We encourage all bakers to reduce the amount of salt they use to meet the 0.85% target. In terms of baker’s percentages to achieve this, the amount of salt will be approximately 1% - 1.5% of the flour weight. This depends on several other factors, including the hydration of the dough, whether or not there are other ingredients in the bread such as seeds or fruit, the surface area to volume ratio of the loaf, for how long and at what temperature it is baked.

Perhaps the simplest guide is to start from the weight you know your loaves to be once cooled and work backwards to calculate 0.85 of that as the maximum amount of salt to use.

Here's an example recipe for a basic tin loaf of white Real Bread:

When baked, this loaf should weigh about 650g or just over, and so should have a salt content of 0.85% or less.

For factory loaves, wraps, crumpets etc. always read the label! If the list of additives doesn’t put you off, then look out for a salt of 0.85g per 100g or less.

For unwrapped loaves, you'll need to ask a member of shop staff for advice.

An aside from the health issues related to salt.

What is salt rising bread?

In salt rising bread the leavening agent (i.e. the thing that produces the gas that makes the dough rise) is a halophytic (salt-loving) bacterium, yeasts or chemicals such as baking powder.

‘Salt rising bread (SRB) is an Appalachian traditional bread made without yeast, using a starter derived from flour, milk and potatoes. The "rising agent" has been identified as Clostridium perfringens, not salt, and is presumably derived from the environment. Although no cases of illness have been attributed to SRB, C. perfringens type A is a common cause of food poisoning from meats and gravies. Other C. perfringens isolates may cause enteritis necroticans (pig-bel disease) and gas gangrene. Past research documents that pathogenic strains derived from wounds may be used to produce bread and that bacteria isolated from this bread retain their pathogenicity. SRB starter samples were cultured at the University of Pittsburgh and abundant C. perfringens, type A grew out of all samples. However none of the cultures were positive for enterotoxin and thus would be unlikely to cause human food borne disease. While this does not preclude the possibility of other starter mixes containing enteropathogenic strains, the baking process appears to reduce bacterial contamination to safe levels and SRB has not been implicated in causing any human disease.’