With an intense aroma that has gained it the endearing nickname of ‘stinky bread,’ perhaps it’s not surprising that few people are drawn to the salt rising loaf, says Catherine McBride. 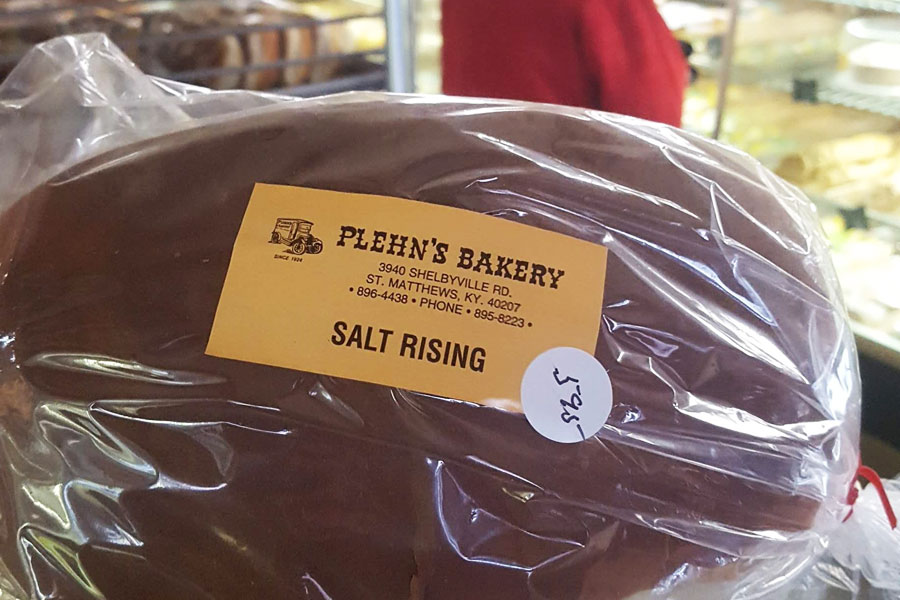 In recent years, there has been a surge of interest in reviving ancient bread traditions. Bakers all around the world have discovered the joys of working with sourdough starters, wood-fired ovens, and ancient grains. However, one very old type of bread seems to have been largely overlooked. Salt rising bread remains rather unusual and is largely unknown outside of the few remaining areas of the USA where it is still made.

Salt rising bread has a long history that stretches back to pioneer days, when fresh yeast was not readily available. Susan Brown, author of Salt Rising Bread, says that the craft “dates back to the mid-1700s in the United States. Women learned to make it out of necessity to find a risen bread to feed their families. The ingenuity and hard work of making salt rising bread by these women, often under harsh and poor conditions, was remarkable as they set about nurturing their families.”

‘The bread is not particularly salty’

Despite the name, the bread is not particularly salty. It is thought that this name derives from the fact that the pioneers always carried a barrel of salt with them to liven up their food. It is possible that the salt rising bread starter culture was kept on top of the salt barrel for safekeeping until it was needed to lend its power to leaven the dough.

One of the most notable features of making salt rising bread is that it doesn’t involve baker’s yeast or yeasts in a sourdough starter culture. Instead it relies on hydrogen gases produced by naturally-occurring bacteria including Clostridium perfigens to leaven the dough. Though poisonous, this bacterium is killed by baking, rendering the bread safe to eat.

The process is notoriously tricky and varies between bakers. Often it involves creating a batter-like starter culture using potatoes or a mixture of cornmeal and milk. This is then used to create an overnight sponge, which is then used to leaven the final dough, which is typically shaped into a loaf and left for a final proof in the tin before baking. In addition to Susan Brown’s book, people wishing to learn the technique can find recipes and guidance online.*

Salt rising bread is often referred to as ‘stinky bread’, even by those who enjoy it. The intense aroma is strongest when the dough is proving; it is sometimes described as smelling like dirty socks, though some people describe the odour as being like overripe cheese.

This bread continues to be made in the southeastern states, particularly in Kentucky and West Virginia, and there is a bakery in Pennsylvania that ships loaves around the country. Many people from the Appalachian Mountains regions who grew up with the bread are nostalgic for it, and either bake it themselves or seek out places to purchase it. There are a small number of bakeries that continue to produce the bread on a regular basis.

Lovers of salt rising bread praise its distinctive flavour and fine texture, while the people who bake it feel a great sense of pride and connection to their ancestors by continuing this tradition. Susan Brown says that “keeping the salt rising bread tradition alive is important because the act of making this bread so often connects the baker to a family member or friend who was very dear to her or his heart. Working with the dough, watching it rise, smelling its sweetness as it bakes, all lovingly connect us to a time that is past but that remains within us. In a world where families are often spread many miles apart, keeping alive a tradition, like making and eating salt rising bread, helps to keep families and friends connected for many generations.”

*Though some recipes call for baking powder/soda, which falls outside the Campaign’s Real Bread definition. [ed.]

After we published this article in True Loaf, a former environmental health officer wrote to us:

"I was rather alarmed to read your article about salt rising bread because of the use of Clostridium perfringens as a raising agent. You describe it in the article as poisonous but this does not identify it clearly as an agent of serious food poisoning. In my opinion anything that encourages people to use this method in a domestic kitchen is very irresponsible. It is only suitable where the only product is fully baked loaves and even then bakers would have to be. very careful with hygiene to avoid taking it home with them."

This concern noted, readers considering making their own saltly starter / salt rising bread might want to do their own further research beforehand, for example: