The Real Bread Campaign has renewed its lobbying for better protection for Britain’s loaf lovers. 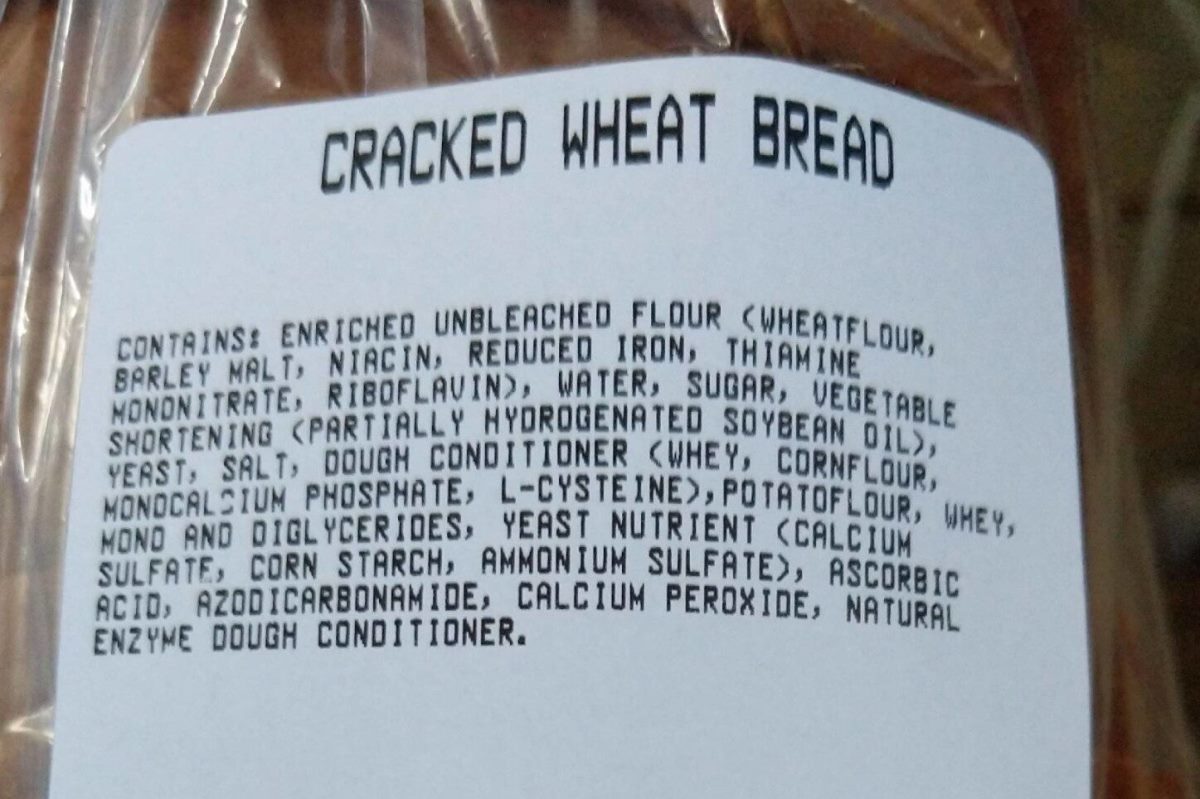 USA loaf with additives banned in the EU. Open license photo from world.openfoodfacts.org

Almost two years on from the government’s written promise to review loaf labelling and marketing laws, today the Real Bread Campaign has asked the Secretary of State for Environment, Food and Rural Affairs to confirm the details and timescale of this process.

The letter also asks for an assurance that no post-EU trade deal or policy change will allow any weakening of current safeguards for people in Britain or the environment.

As you might recall from a meeting we had with you in 2015, and a number of communications since, the Real Bread Campaign has long lobbied for an Honest Crust Act of improved loaf labelling and marketing legislation.

On 16 November 2018, the then Secretary of State for Environment, Food and Rural Affairs wrote to me (ref PO2018/21589BK) with Defra’s commitment to reviewing both general food labelling and the bread and flour regulations.

Can you please advise me the plan and timetable for the promised review, including when and how people will be able to have their say?

We are increasingly concerned by the prospect that a trade deal with the US could undermine current food standards and protections for people and planet that were safeguarded by Britain’s membership of the EU. Our concerns include the worrying possibility that:

As such, please also confirm that no trade deal or policy change will allow any of these things or otherwise weaken current safeguards for people in Britain or the environment.

As a brief reminder, the Real Bread Campaign calls for:

These changes necessary for consumer protection would also help to level the playing field, helping smaller, independent, local Real Bread businesses that help to support more jobs per loaf and keep our high streets alive to compete against the huge marketing budgets of large, industrial manufacturers and multiple retailers. Further, we believe these improvements would help to bolster trust in, and the reputation of, British bakeries and their products in the eyes of tourists, and in international trade.

Even a modest shift of crafting and purchasing through a more diverse and decentralised set of SME producers should lead to a growth in jobs. One of the barriers to a growth of local SME bakeries is virtually unregulated marketing. This allows industrial manufacturers and multiple retailers to use terms such as fresh / freshly-baked, wholegrain, sourdough and artisan with little to no scrutiny, often in ways we believe to be misleading. Shoppers are left (or maybe even led) to make like-for-like comparisons between industrial products and the hand-crafted Real Bread they purport to be, despite being manufactured using fundamentally different recipes and processes.

At present, the UK baking industry employs around 31,000 people. Baker and Real Bread Campaign co-founder Andrew Whitley estimates that a Real Bread baker can craft up to around 200 loaves per day. Matching the current reported national daily output of around 12 million (mostly factory made) loaves could, therefore, support jobs for around 60,000 Real Bread bakers. If we add in an extra 25% to this artisan army to cover days off for holidays and sickness, the number goes up to 75,000 jobs in bread making alone. This would be more than twice as many in the current entire baking industry, the figures for which include cake-makers and biscuiteers; and does not include smaller scale farmers, millers and others in more localised seed-to-sandwich food webs.

In short, an improvement in legislation – an Honest Crust Act - would be better for shoppers and help to shift a part of the loaf market to small businesses, supporting more jobs per loaf and eventually more jobs in total.

I look forward to your replies to all of these points.