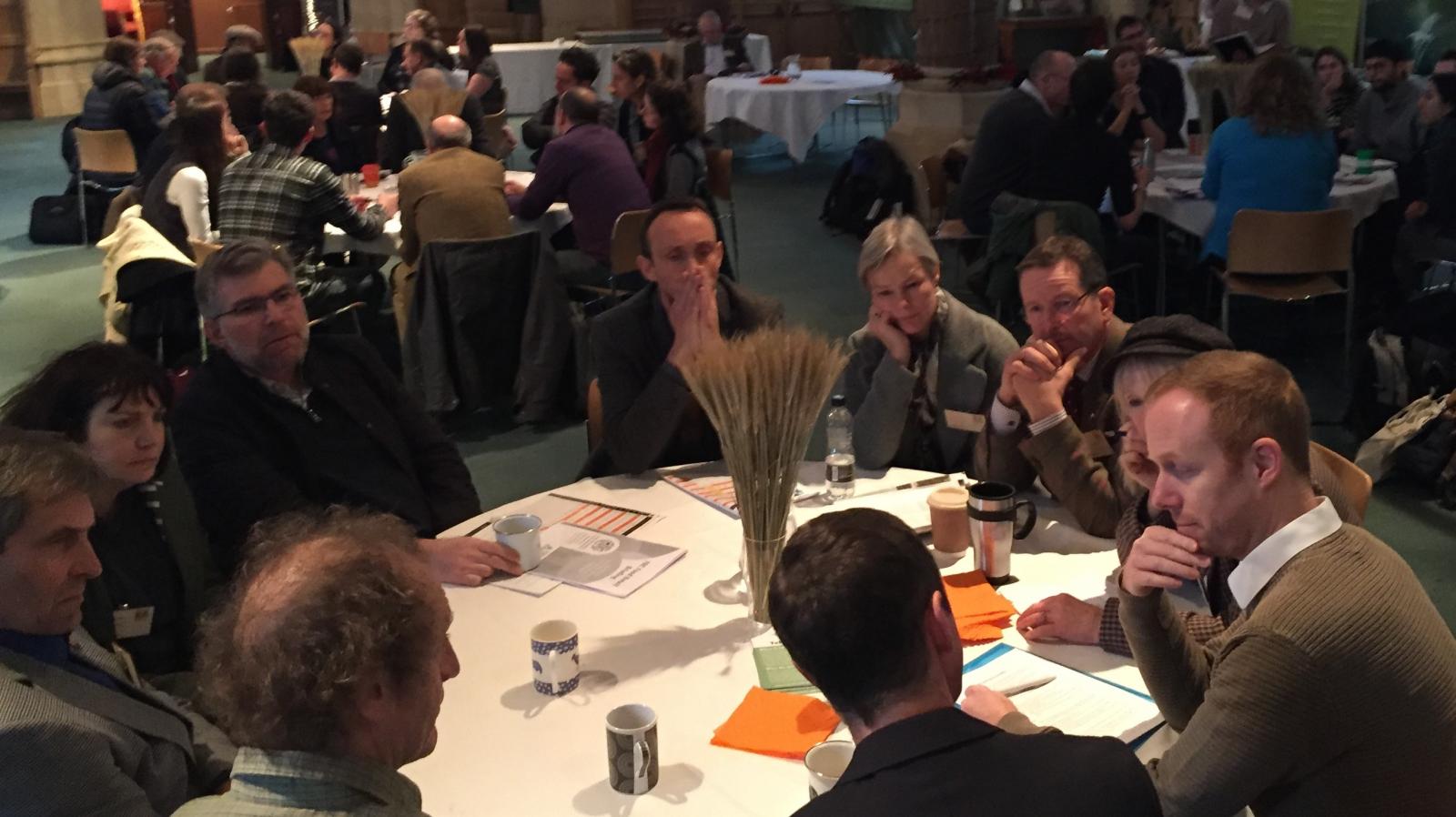 On 22 February 2017, and again on 10 April 2017, Sustain has convened meetings of civil society organisations and academics, from across the range of issues covered by alliance members, to discuss the need and opportunities for a new legal framework for food, farming and fishing, beyond Brexit.

The UK’s departure from the EU is widely recognised as presenting the biggest upheaval to food, farming and fishing policy since the 1940s. In response, several legal and parliamentary initiatives are already in train, instigated or supported by government and third-sector organisations.

Third-sector organisations coordinated by Greener UK are, for example, already planning to rally behind a new Environment Act; legislation to protect and promote workers’ rights (UK-wide and devolved administrations); mechanisms to protect farmers and workers from unfair trading and working practices; legal approaches to securing food rights for people on a low income; as well as exploring options for governance of future trade deals.

In Scotland, a Good Food Nation Act is in train and Food Rights legislation is being explored to address food poverty; and in Wales, the Wellbeing of Future Generations Act and Commissioner provide a foundation for progressive health and sustainability policy. The UK government has also signed up to the UN Sustainable Development Goals and must continue to strive towards targets set out in the UK Climate Change Act.

In this context, there is growing enthusiasm among a range of third-sector organisations to come behind a new Act of Parliament to support healthy and sustainable food, farming and fishing. This could aim to complement, not compete with, important initiatives already in train. The aims could be to provide a framework for setting UK food, fishing and farming policy on a sensible track to achieve health and sustainability; to address and balance a wide range of concerns; to provide a rallying point for the movement; and to generate positive support for related initiatives, made relevant and resonant with the public by being framed in terms of healthy and sustainable food.

There is enthusiasm and clear mandate among participants for Sustain to play a coordination role, with active input and participation from alliance members and others, to pursue the following:

A discussion paper on legislative considerations was circulated prior to the meeting, available to download here.

A briefing paper on Scotland's Good Food Nation Bill, by Pete Ritchine from Nourish Scotland, was circulated at the meeting, available to download here.