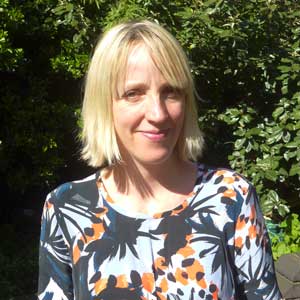 As one key element of our work on post-Brexit food, farming and fishing policy, Sustain’s sustainable standards in food and trade policy activities are led by Orla Delargy, who is also Sustain's parliament and communications specialist.

She is working hard to promote the opportunities and threats for food, farming and fishing as we exit the EU so we all have decent food to eat at the end of the process.

She has over 15 years’ experience of communications strategy and planning, media handling, corporate communications, public affairs and reputation management in two Whitehall Departments, the private and third sectors. Orla joined Sustain from LEON restaurants, where she led a campaign to save universal infant free school meals.

Before that, she was head of campaign strategy and chief press officer at the Department for Education, advising ministers on communications around high priority areas such as changes to testing, the national curriculum, teacher recruitment and the school food plan.

Who we work with on standards in food and trade

Food standards are highly relevant to a wide range of Sustain alliance members, who we support to ensure that their voices are heard in key policy processes. Sustain is also actively supporting several independent networks, alliances and activities to address important issues for standards in food and trade, including:

Sustain’s work on food standards is supported by the JMG foundation, and also contributes to Sustain's work on Sustainable Farming and Sustainable Fishing.