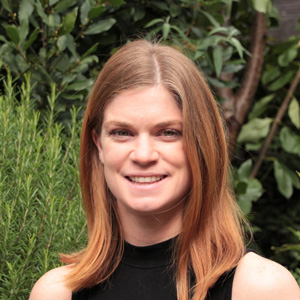 As one key element of our work on post-Brexit food and fishing policy, Sustain’s sustainable fishing policy activities are led by campaign coordinator Ruth Westcott. Ruth is a fisheries policy specialist.

Ruth co-ordinates Sustainable Fish Cities, a campaign which encourages businesses to adopt a fully sustainable fish policy, and thereby help transform the way the world's oceans are fished. The campaign began in London, inspired by the Food Vision of the London 2012 Olympic and Paralympic Games, and is now being adopted by cities across the UK.

Ruth joined Sustain from the Marine Stewardship Council, and is a graduate of the University of Oxford and Imperial College, London, where she was awarded the Fishmongers' Company Scholarship.

Who we work with on sustainable fish

We regularly work with, and consult with the following organisations, to develop the Sustain alliance's activities on sustainable fisheries policy:

Marine Conservation Society: (MCS) the UK charity dedicated to the protection of the marine environment and its wildlife, which publishes authoritative sustainability ratings of fish and fisheries, see: http://www.fishonline.org/

Marine Stewardship Council: (MSC) which runs a fishery certification programme and seafood ecolabel to help consumers pick the best environmental choice in seafood. Also provides MSC Chain of Custody certification so that fisheries and seafood businesses can get certified to the MSC standards to show that they support sustainable fishing.

New Economics Foundation, the think-tank that aims to create a new economy that by 2040 works for people and within environmental limits.

Sustain’s work on sustainable fishing policy is supported by the John Ellerman Foundation.