A decade after the Campaign began lobbying the UK government to make full ingredient labelling mandatory for all loaves and sandwiches, the Food Standards Agency has advised ministers that this should be introduced for all food pre-packed for direct sale. 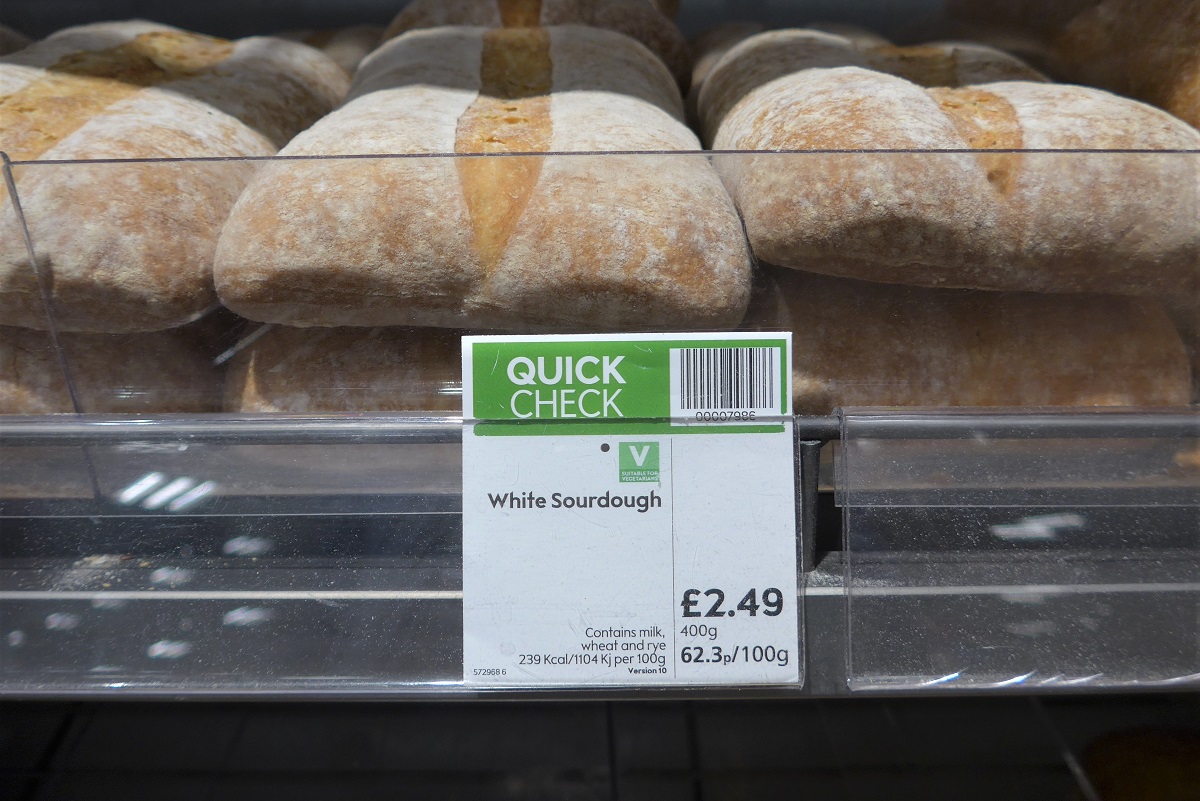 On 8 May 2019, the Food Standards Agency (FSA) declared that full ingredient labelling ‘should be provided on pre-packed direct sale food to give consumers greater confidence in the food they eat.’

“After ten years of calling on the government to introduce mandatory ingredient labelling for all loaves and sandwiches made from them, it’s great that one of its own departments at last agrees with us. Whatever the reason people want or need this information, they should have the right to know without having to ask or look it up.”

The Campaign urges the government to apply the improved ingredient labelling to foods sold unwrapped (eg supermarket baguettes and rail station panini) as well, communicated by shelf labels or signs next to the products.

The Real Bread Campaign’s ingredient labelling call is part of its wider Honest Crust Act lobbying of the UK government to improve loaf labelling and marketing legislation. This also includes greater protection from misleading claims of freshness and terms including wholegrain, artisan, sourdough, and ancient/heritage grains; and declaration of all additives.

In November 2018, the Campaign secured the commitment from Michael Gove, Secretary of State for Environment, Food and Rural Affairs, that the government would review all of this after Britain leaves the EU. The Real Bread Campaign will resume lobbying at this point.

Defra and the FSA starting labelling reviews sooner, and applying it to all foods, followed the widely-publicised death of Natasha Ednan-Laperouse, left unaware of the presence in a baguette of sesame seeds to which she was allergic.

The packaging of all prepacked foods (eg factory loaves) sold in the UK has to include full lists of ingredients and additives, though not those deemed to be so-called ‘processing aids’.

Meanwhile, people buying (for example) supermarket in-store ‘bakery’ loaves; or sandwiches, baguettes, panini etc. sold by some high street food-to-go chains, are currently left in the dark. This is because retailers do not have to display full ingredients lists for foods sold unwrapped, packed where it is sold, or packed by the producer that sells it – such as a farmers’ market stallholder.

How was your Sourdough September?