On 20 January 2016, a Real Bread Campaign delegation met representatives of Department for Environment, Food & Rural Affairs (Defra) to make progress on the Campaign’s demand for legislation to ensure greater clarity and transparency in loaf labelling and marketing.

Informally known by the Campaign as An Honest Crust Act, the proposed legislation would create legal definitions for a range of terms used in the naming, labelling and marketing of loaves, as well as requiring more comprehensive additive labelling.

The key matters discussed at the meeting were options for:

In response to the Campaign’s proposed change in legislation, Defra suggested industry self-regulation or investigating the EU geographical indications and traditional specialities schemes as a potential route to differentiate genuine sourdough from other loaves.

Defra also pointed to Criteria for the use of the terms fresh, pure, natural etc. in food labelling, guidance issued by the Food Standards Agency in 2008. While this document covers a range of terms, including ‘freshly baked’, it does not include sourdough, artisan or wholegrain.

The Real Bread Campaign will now consider the options discussed and begin a process of consultation with its supporters.

In the meantime, Defra noted that "We have recently been looking at the ROI guidance you referred to at our meeting and will keep in mind whether we should produce something similar."

Further details on these issues can be found in the additives and labelling and sourdough sections of the Real Bread Campaign website.

The meeting was the second in the current discussion that began in October 2015 with meeting with Defra Minister of State, George Eustice.

In May 2015, The Food Safety Authority of Ireland published The Use of Food Marketing Terms, guidance aimed at ensuring consumers are not misled by the use of marketing terms on foods.

Other EU members states have guidance and even laws governing loaf labelling and marketing. For example, the French Décret n°93-1074 du 13 septembre 1993 includes regulation of the use of terms including sourdough and traditional French bread. 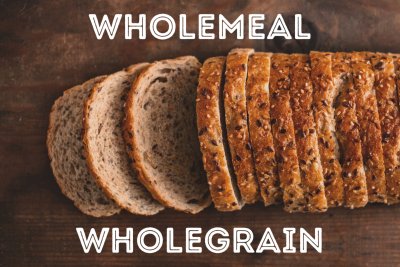