Sustainable Fish Campaign Coordinator Ruth Westcott sets out an alarming picture of what’s at stake at this snap General Election. 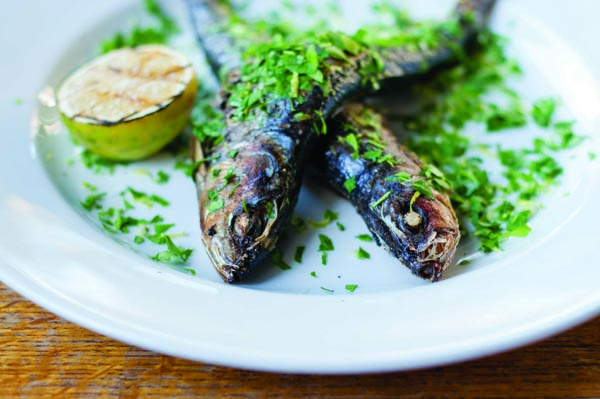 These are frustrating times for marine conservationists and the fishing industry as the Great Repeal Bill threatens to overturn what progress has already been made to preserve our fish stocks. As Andrew Charles from the Scottish Seafood Processors Federation recently said on BBC Radio 4’s Costing the Earth programme, ‘“We are leaving (the common fisheries policy) just at the point that it is working.” [1]

We need solid fisheries policies in manifestos and a Sustainable Fisheries Act in the next two years. Here, I make the case for developing a clear plan for a sustainable fishing policy (which could add £1bn to the UK economy), and why we need a guarantee that EU laws will be changed only with proper democratic and scientific review and oversight.

What does the Great Repeal Bill mean for fisheries?

The Great Repeal Bill White Paper (released 30th March) confirmed that the EU Common Fisheries Policy will be copied and pasted into UK law when we leave the EU in March 2019, along with ‘the whole body of existing EU environmental law’[2]. This is a promising signal that the UK will continue to use the EU systems, established with UK input and agreement, that have seen stocks begin to recover [3].

Unfortunately, this is not nearly enough to secure the precarious future of UK fishing. There are worrying proposals in the White Paper (to be confirmed in the Great Repeal Bill) that, if passed, would allow Government to unilaterally change or dismantle these transferred laws without proper democratic scrutiny or oversight, before March 2019, in a number of circumstances. The two that we are most concerned by are:

1. Laws that don’t neatly copy and paste into domestic policy (for example because they involve participation in EU-wide systems and EU agencies) [4]. The crux of the EU Common Fisheries Policy is joint agreement about how to share quotas, including joint negotiation and data-sharing. Fishing is also subject to regulation by the EU Fisheries Control Agency. None of this therefore copies over easily.
2. Where changes are required to fit the conditions of a negotiated deal with the EU when we leave [5]. There is significant enthusiasm amongst the fishing industry to negotiate a new deal on UK fishing rights as part of leaving the EU, so fishing could well form part of a negotiated deal. If it is, UK laws could be changed without proper scrutiny to fit in with a new deal.
Spring 2017 will bring further risks of the erosion of effective sustainable marine policy. At the point that we exit the EU, whichever government is elected in June will have a unique opportunity to alter policies that have been transferred over from EU law. There are strong hints that the Repeal Bill will allow this to happen through secondary legislation. This could be by a committee, by a single minister, or worse by a group of unelected advisors behind closed doors. So far Labour have promised that they will ‘defend and extend EU environmental protections’ [6]. The Liberal Democrats don’t appear to have an official policy on maintaining EU environmental law at present. It is not yet clear which line on sustainable fisheries the Conservative party will choose. A 2015 election manifesto commitment to maintaining the discard ban has not yet been re-confirmed, neither has their proposed approach to EU negotiations on fisheries, beyond platitudes. And there are very worrying calls from influential Tory politicians (including Lord Lawson and Iain Duncan Smith) to use Brexit to scrap important environmental laws. Earlier this month, they called for the Habitats Directive - which provides vital protection for species and natural systems - to be one of the first to be thrown into a Brexit bonfire of standards [7].

These are some of the key policies I believe are at risk, and how the different parties might stand on them:

What does the next Government need to do?

We need a firm commitment in the manifestos of all the major political parties that our future fishing policy will be governed by the robust sustainability principles below. Healthy fish stocks and marine environments could mean an extra £1 billion for the UK economy [14]; but marine-wrecking policies could destroy that opportunity, as well as our precious ecosystems, forever.

A watertight guarantee that changes to fishing policy will have democratic and scientific scrutiny
We must get a guarantee from government that any changes that go beyond simple technical tweaks must be open to due process. That means proper scientific scrutiny, public consultation and full open and democratic process in Parliament, including a full debate and a vote by MPs. Anything less would risk endangering our marine life and already much-depleted fishing industry.

What you can do:
Every UK political party needs to set out its commitment to sustainable fisheries, to ensure that our children and grandchildren can enjoy fish and chips in thriving coastal communities, long into the future.

Fishing communities have been promised a better deal from Brexit. This is a golden opportunity to create a bold and aspirational Sustainable Fisheries Act to ensure fishing livelihoods and the marine environment are better when we leave the EU:

1. The UK must continue to collaborate with the EU Common Fisheries Policy on the following:

2. Protect the following EU legislation after 2019:

3. A commitment to better support the small-scale inshore UK fleet by:

4. A commitment to supporting the industry by:

[14] A range of catch scenarios was modelled by the New Economics Foundation, in their highly influential ‘Managing EU Fisheries in the public interest’ report. They aimed to determine the impact on jobs and revenue, including fishers’ wages, if fish stocks were allowed to increase to the scientifically-determined Maximum Sustainable Yield (MSY) They found huge opportunities for jobs, revenue and the opportunity for the EU to be self-sufficient for fish, including:

[15] Calls for a better legal framework for food, farming and fishing beyond Brexit https://www.sustainweb.org/brexit/time_for_an_act/