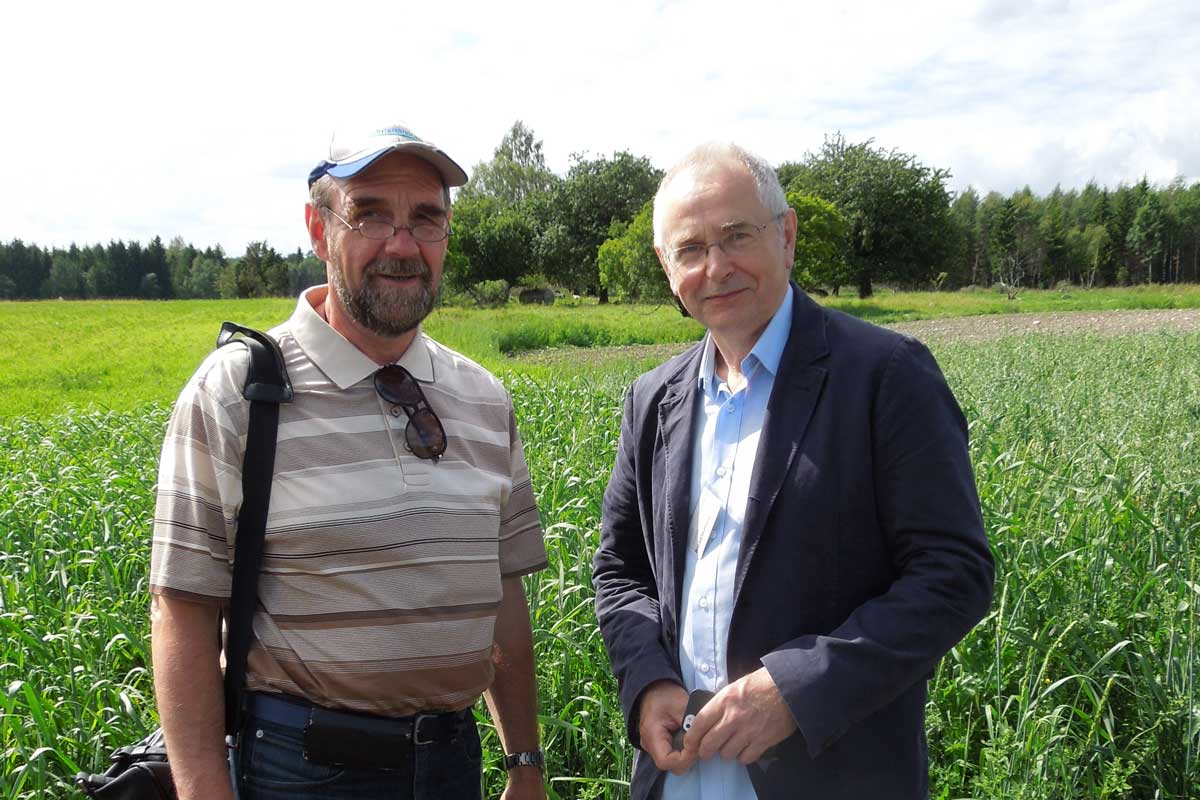 In 1965, a group from a local agricultural society hiking through Ardre on the Swedish island of Gotland found a chest of grain that had belonged to baker and farmer, Ragnar Pettersson.

Around the world, wheat was being stunted by Green Revolution scientists and breeders to suit modern high-octane farming, and many farmers were sowing these latest dwarf varieties from the seedsman’s catalogues. Meanwhile, Ragnar had persisted in growing the mix of grains traditional to the island to bake in his locally-renowned bread.

The chest lay untouched for nearly 30 years until it was rediscovered in 1993 by Swedish University of Agricultural Sciences researcher Hans Larsson. In it he found over 70 varieties of wheat including einkorn; spelt; red, white black and blue emmer; and borstvete, a ‘brushed’ wheat that may be unique to Gotland.

Larsson was a speaker at a three-day Nordic Association of Agricultural Science conference on Åland in the Finnish archipelago in summer 2014. The event hosted more than sixty delegates, including farmers, millers, bakers and researchers to learn about heritage grains from the speakers and each other. There he shared with us research showing the typically higher trace element content of pre-modern landrace wheats.

Other speakers included the ‘stinking smut’ resistance expert Anders Borgen from Denmark, who has traced how certain Danish heritage wheats come from crosses made in the 1890s between Swedish landraces and early Scottish wheat breeder Patrick Shirreff’s Squarehead. Cereal geneticist Hannu Ahokas led us through the history of rye, including how Finns spread rye cultivation when enslaved in Siberia during the ‘Great Wrath’ period of 1714-21. My report was on The Brockwell Bake Association's efforts to bring Red Lammas, Old Kent Red and Kent Old Hoary back into cultivation in England.

From Russia with loaf

At the event, Real Bread Campaign co-founder, and former BBC World Service producer, Andrew Whitley dusted off his Russian and befriended Igor Loskutov from Russia’s Vavilov Research Institute of Plant Industry, to which Andrew was invited as a result. He returned with treasures including the only extant genebank sample of the S72 line of Hen Gymro wheat for the Welsh Grain Forum group; as well as older English varieties, and Scottish lines collected in the 1930’s for his Scotland The Bread initiative.

Back to the ‘treasure of Ardre’, after evaluation of the ancient and heritage grains, Larsson began working with groups around Scandinavia to cultivate them. They include Gutekorn, a cooperative of Gotland organic farmers founded in 2008 to protect and trade native local varieties. The association is just one player in a heritage cereals revival across the Nordic countries. In Denmark, for example, a fifth of organic flour is now milled from pre Green Revolution grains.

If our joint efforts in England, Wales and Scotland to re-introduce our local landrace and early cultivar wheats to cultivation and usage in the next few years are even half as successful as in the Nordic countries, then we can look forward to a great expansion of the palette of grains available to farmers, millers, bakers and bread lovers across the British Isles.