In 2016, Scotland The Bread founders Andrew Whitley and Veronica Burke visited Denmark and Sweden to to meet plant breeders, farmers, millers and bakers at the heart of a Nordic bread revolution. 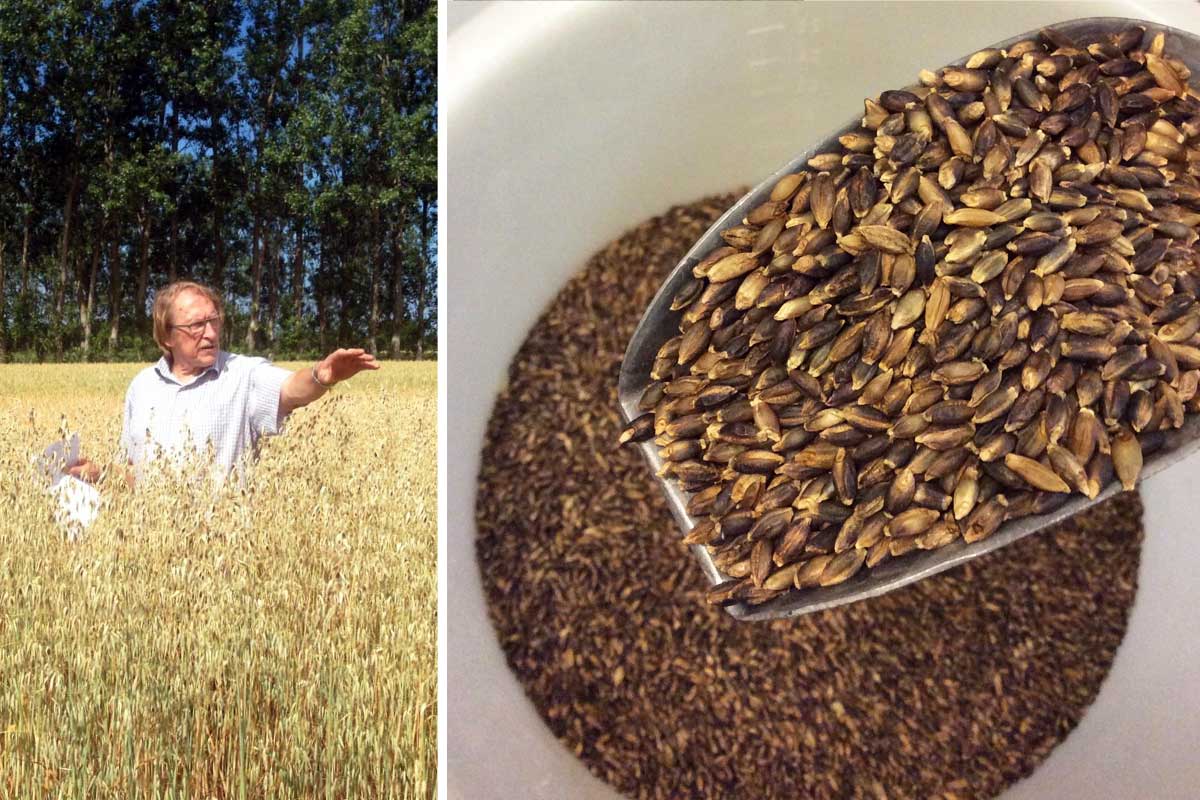 When the invitation comes from something called Vårt Älskade Bröd (Our Beloved Bread), Real Bread campaigners know they are among friends. Based in Sweden’s Skåne region, this project researches and popularises heritage varieties of wheat, rye and oats, agroecological land management and the artisan production of healthy and tasty bread. Evaluation of over 100 heritage varieties grown in four Swedish regions has been lovingly conducted by Caroline Lindö’s Brödlabbet (Bread Lab) bakery, as she explained in her session of the ‘Bread Revolution’ seminar, where we gave the keynote speech.

The venue, the Holma organic farm community in Höör not far from Malmö, is likely to be the site of a new Heritage Grain Centre. Imagine a cross between Campaign supporter the School of Artisan Food and Scotland The Bread – if only…

The new centre will be a valuable resource for a movement that’s clearly growing in both Sweden and Denmark, connecting organic farmers, millers and bakers in the production of healthy, tasty bread that is under local control.

The ground work has been done by one man’s research over the past forty years. Hans Larsson of the Swedish University of Agricultural Sciences (SLU) and his organisation Allkorn are the source of grain varieties and landraces that are increasingly found in the leading Nordic artisan bakeries. Hans champions ‘evolutionary’ plant breeding methods that exploit natural genetic diversity to boost resilience to environmental challenges. He’s also screened hundreds of varieties for micronutrient content, proving that if we grow the right grains we can get most of our daily requirement of key minerals from our bread.

Landrace wheat from the island of Öland, just off the East coast of Sweden, is a favourite. It’s a staple at a small Malmö bakery Bagaren & Bonden (Baker & Farmer) whose name and in-house flour mill exemplify a common Nordic aspiration to shorten the distance from soil to slice.

The variety of grains being tried is impressive. At Skaertoft biodynamic farm and mill in Southern Denmark, ancient black barley stands out in a beautifully presented array of products whose aim is to entice and educate in equal measure. “Is there anything for the eyes?” is the challenge made to Copenhagen’s cooks by Københavns Madhus Copenhagen's House of Food) as it transforms the public plate, insisting that the city’s 90% organic target recognises everyone’s right to food that is as delicious as it is health-giving. There is much ‘for the eyes’ at Skaertoft. Among other innovative farmer-millers (and bakers) researching, promoting and selling heritage grains in Denmark are Mørdrupgård near the capital and Aurion in the North of Jutland.

Great breads made from interesting grains aren’t just an alternative to (and, for many people, a welcome relief from) the bland uniformity of industrial loaves. They are often the tasty introduction to a conversation about the food system and how it might be fixed for good. The Rosendals Trädgård garden, wood-fired bakery and restaurant in Stockholm  brings it all together.

Scandinavia never quite lost its sourdough tradition, so it’s not surprising that this is the method of choice for baking with the new local flours. It’s depressing, therefore, to be told that pseudough or sourfaux is also a problem for our Nordic neighbours. In some ways, Real Bread bakers have it worse over there because the passing-off and over-claiming for both sourdough and heritage grains is not confined to the industrial dough merchants or loaf-tanning salons. It seems that some artisans are not playing fair either.

The good news is that there is clearly a public appetite to name and shame those who profit by deceiving people (and perhaps undermining their health). The nearest equivalent to the Real Bread Campaign in Sweden is Äkta Vara (The Real Thing) which has focussed on outing products with synthetic additives in them. Its distinctive Ä mark of purity is now carried by 810 products. Äkta Vara’s most successful initiative has been the matbluff (food bluff) in which people are asked to nominate and vote for the worst examples of deceitfully promoted, additive-laden products. The winner is revealed in a prime-time TV anti-awards ceremony and the tears at acceptance time must surely sting. Surely British TV could pick up this format – as the Yuk Factor, perhaps. One for the Campaign to promote, maybe?

Although Scandinavia’s Real Bread culture is in some ways more deep-rooted than ours, it faces similar challenges. We are unlikely to get regulatory protection for honesty and transparency over sourdough, freshness, processing aids, artisan and the like unless we collaborate at a European level. Let’s do it!