Sowing the seeds of loaf

Bee Farrell's take on the 2015 Farm to Loaf Symposium. 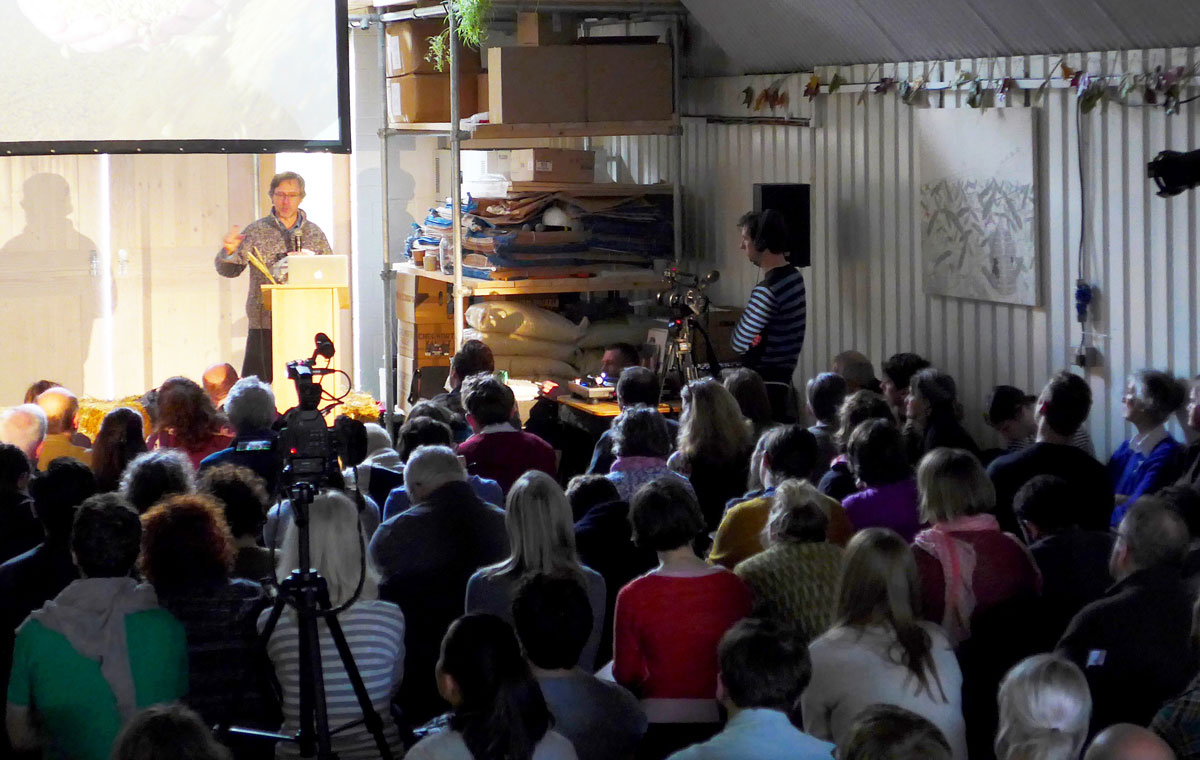 A "group of remarkable people, who are here to share what they know." This was Radio 4’s Food Programme presenter Sheila Dillon’s highly appropriate introduction to the October 2015 event under the railway arch of E5 Bakehouse's millhouse.

The industrial wheat fields of East Anglia that I had seen on my journey to east London are typical of an incredibly narrow gene pool, which has been modified over the last 60 years towards high yielding varieties. This industrial grain is distinct, uniform and stable, perfect for industrial milling and industrial baking.

But is it not time to support the farmers who are growing wheat on a smaller and more diverse scale? Should we be farming wheat based on its nutritional value, rather than the size of its yield, as Real Bread Campaign co-founder Andrew Whitley, who opened the symposium, believes?

“Real Bread within walking distance for everybody,” is what Whitley would like to see. These aims are being met through two inspirational Scottish projects, Nourish Scotland and Scotland the Bread. The latter was set up by Whitley and Veronica Burke in 2012 to “build a home-grown grain economy.” By bringing together Scottish wheat growers, millers and bakers to make Real Bread from locally-grown heritage wheats, they are working to encourage food security, independence, equity and justice.

“Integrity of the flour, respect for the grain,” are key according to E5 baker Kate Hayter. Organic farmer and Gilchesters mill owner Andrew Wilkinson echoed this in his talk, emphasising the need for a “virtuous cycle of soil fertility management,” that is characterised by biodiverse wheat, which can adapt to local conditions and mixed crop farming.

This commitment was neatly illustrated by French wheat grower Nicholas Supiot, who describes himself as a peasant farmer. “I am not for the arranged marriage, I am for the marriage of love,” he stated, reflecting on the ecological marriage of wheat varietals allowed to adapt to their local climate, soil and companion crops. This is highly important as he believes wheat is the “image of the life of the soil.”

Current seed marketing regulations limit the growing of heritage wheat on a commercial level by restricting the sale, exchange or giving away of seeds of varieties not on the National Seed Register to research and conservation. However the Participatory Plant Breeding initiative is lobbying to change this and to support bakers wanting to use heritage grains in their bread.

Nick Fradgley continued the discussion on diversity and wheat terroir by sharing his research work at Wakelyns in Suffolk. His presentation contrasted modern farming’s plant breeding programmes with nature’s evolutionary system, focussing on eight wheat populations that had spent, as he describes, a ‘gap year’ planted in different climates and soils across Europe. His study of the differences between the wheat grown from the seeds returned to the UK has increased understanding of wheat’s ability to adapt by interaction with different environments and diseases.

Archaeobotanist John Letts’ introduction to heritage grains were the wheat seeds that he found in a 700 year old thatched roof. He then searched seed banks to find wheats with similar characteristics. They grew into the tall and deep rooted wheat reminiscent of pre-industrial agriculture. This taller wheat is better at natural weed suppression by shading out the weeds and can have higher nutritional levels, better flavour and produce great bread. With such impressive characteristics, it is a wonder that modern short wheat has been allowed to become so dominant.

Danish cereal grower Per Grupe believes that wheat’s “dynamic process will never stop.” He has cultivated old and new Nordic wheat varieties by propagating hundreds of seed samples. These he plants in mixed populations along with companion crops that naturally challenge disease and pests. These methods rely on natural processes, rather than fungicides and herbicides, to control the ecological balance.

Andrew Forbes is practically and enthusiastically making this search a reality through the online Wheat Gateway, which makes public the data on 398,000 wheat lines. The project is part of the work of the Brockwell Bake Association, which also includes growing heritage wheat varieties in three south London allotment plots conserving heritage wheat stock, and a milling partnership with Gracewell Bakery in Brixton.

“The baker must crown all the work,” said Danish organic wheat farmer Per Grupe. As the day showed, however, behind the visible activity of the artisan baker is an often unseen web of plant breeders, farmers and millers who are fusing heritage grains and ecological know-how with modern thinking in the production of Real Bread.

The day’s presentations were inspiring but realistic reflections on the hard work, solidarity and conviction needed to develop farm to loaf thinking, which interconnects the relationships between farmer, miller, baker and consumer and connects the entire food chain to the soil.

We all have our parts to play. As symposium organiser and E5 Bakehouse owner Ben Mackinnon noted, “we don’t know the answers, but we can stimulate questions to further our knowledge and spread the message amongst consumers.”

Adapted from Integrity of the flour – respect for the grain, which first appeared on the Sustainable Food Trust website.