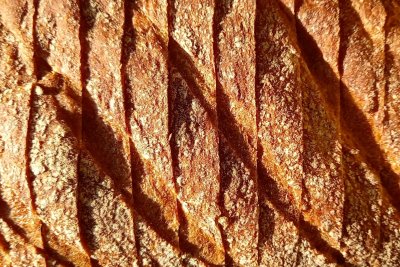 The consultation includes not one of the Real Bread Campaign’s Honest Crust Act proposals, supported by more than 150 bakery owners and workers who signed a recent letter to Defra, and by more than 1000 people who wrote to their MPs.

Real Bread Campaign coordinator Chris Young said: “We believe that current regulations are not fit for purpose, do not support small bakery owners and do not protect shoppers adequately. As the majority of people buy products sold as bread, we believe that ignoring their needs is an insult to practically everyone in the UK. Combined with the absence of adequate intervention and support in the face of skyrocketing costs, it feels like the government has chosen to abandon the owners of small Real Bread bakeries that help to keep our high streets alive.”

In a letter sent to a number of MPs in response to the recent letter writing campaign, George Eustice and Victoria Prentis* stated that existing legislation ensures that food is ‘labelled effectively to enable consumers to make informed choices on the food they buy and consume.’

The Real Bread Campaign cannot agree that this is the case, believing that current regulations are outdated and not fit for purpose, allowing:

Chris Young said: “Each of these represents a totally unnecessary obstruction to shoppers accessing fundamentally important information about a staple food, for whatever reasons they want or need it. Clearly ‘the market’ is failing to self-regulate, while the lack of actual regulation leaves consumer protection bodies all but powerless to act in cases of misleading marketing and incomplete/absent ingredient labelling.”

On 27 August 2022, the Campaign exposed more than 20 examples of what it calls sourfaux - products named or marketed using the word ‘sourdough’ but made by fundamentally different processes, highlighting just one weakness in current legislation and enforcement. On 9 June 2022, the Campaign raised concerns of a the possible breach of regulation of the use of the word wholemeal.

The Campaign will respond to the consultation before the 27 November deadline and in the meantime consider what next steps to take.