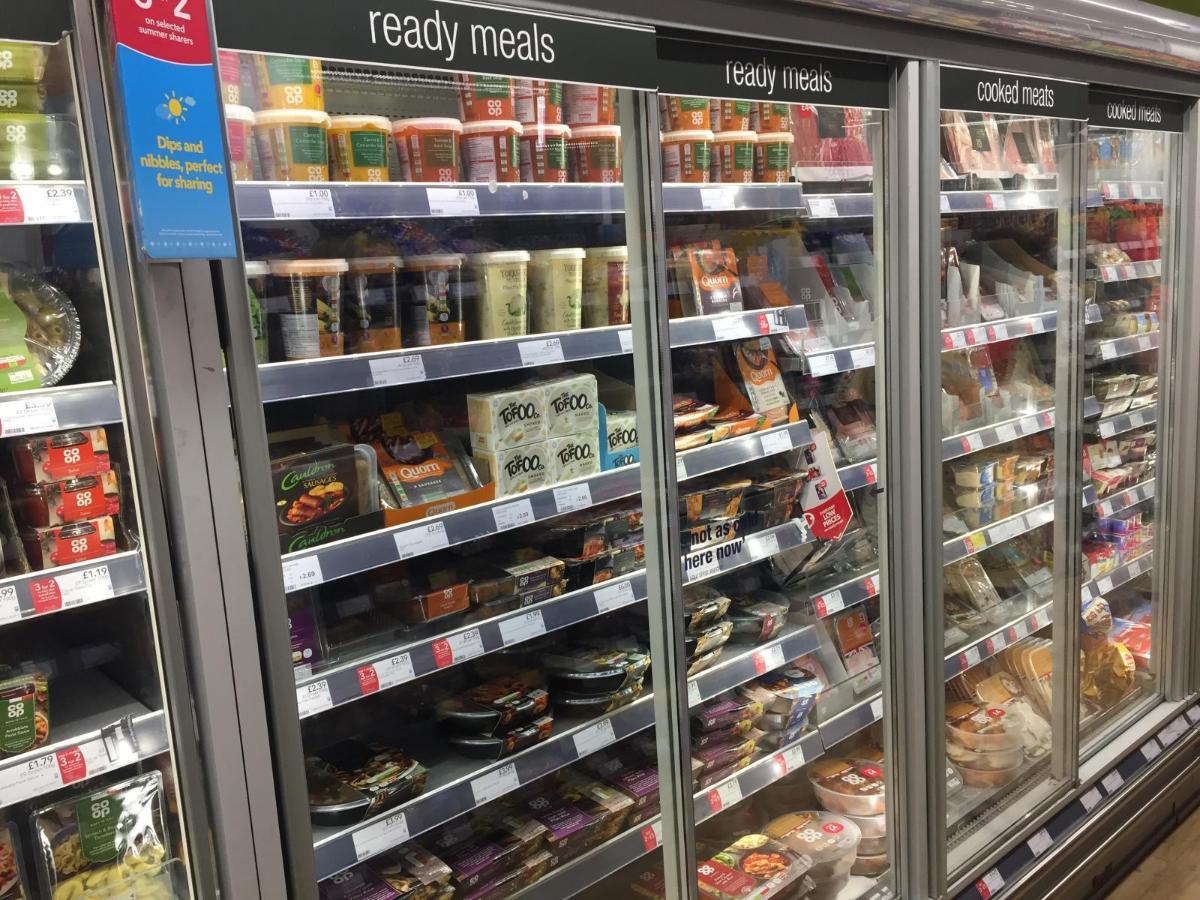 Kath Dalmeny, Sustain CEO gave oral evidence to the Environment, Food and Rural Affairs (EFRA) Committee on 6th December. On behalf of Sustain alliance members (and whilst handing out Manifestos for a Better Food Britain printed on spoof beermats), she expressed deep concern that the beguiling promise of ‘cheap food’ from new international trade deals could result in serious risks and costs to health, animal welfare and British farming livelihoods. 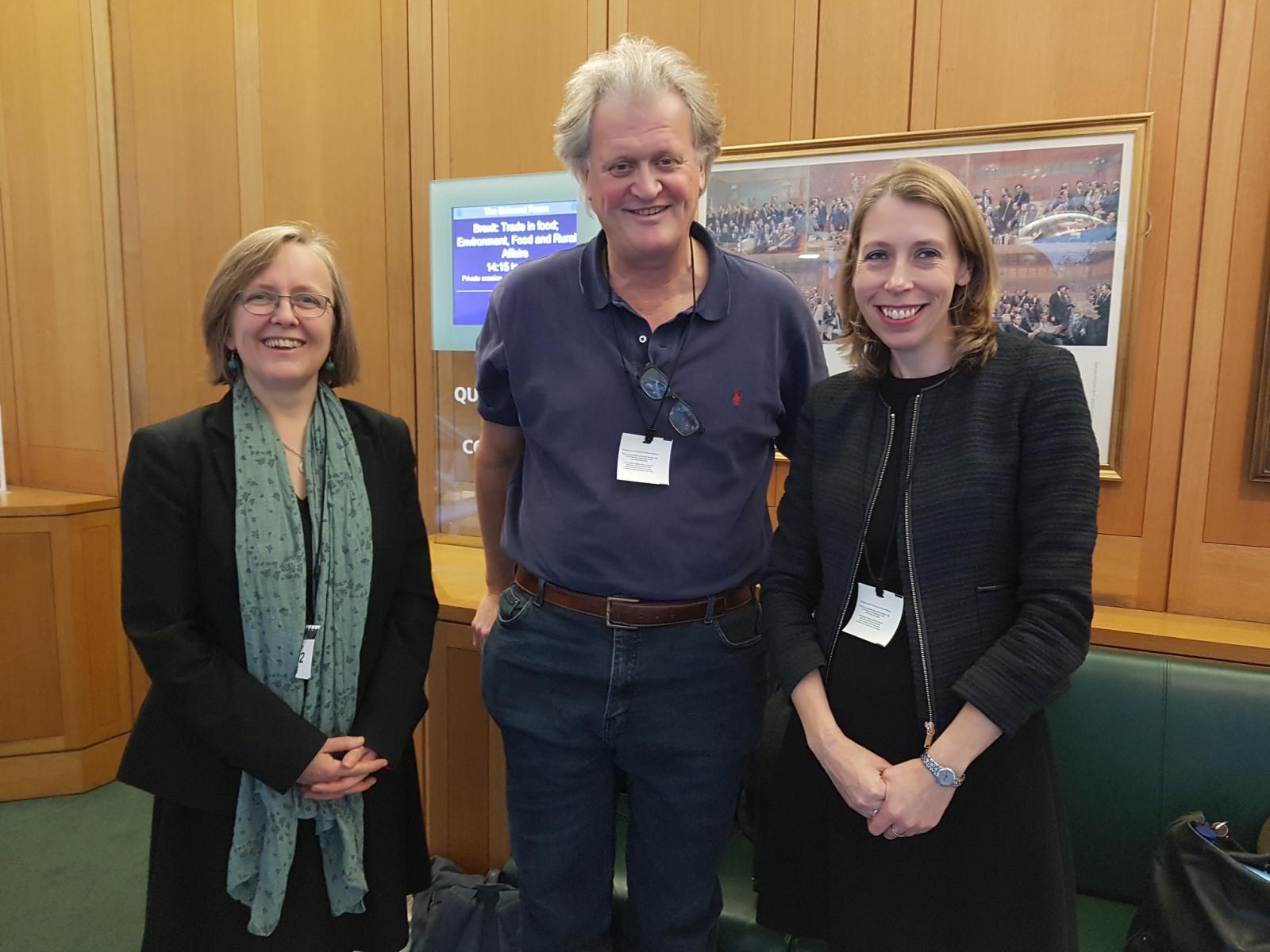 Kath Dalmeny (left) gave evidence in a session with Tim Martin (centre), Chair of the pub chain Wetherspoon and Sue Davies, Strategic Policy Adviser for Which? (Consumers Association) (right).The session was recorded on video and can be viewed on the EFRA Committee website.

Sustain highlighted that such new food trade deals are likely to be made behind closed doors, excluding the British public and Parliament from having their views heard about the food standards that are being discussed and agreed. To illustrate key concerns, Kath Dalmeny handed out 12 spoof beermats (pictured below) summarising Sustain's priorities (text at the end of this article). The beermats were a humorous reference to Wetherspoon's 0.5 million beermats circulated in November, expressing the pub chain Chair’s support for swift Brexit and elimination of trade tariffs. Wetherspoon Chair Tim Martin gave evidence in the same session as Sustain. 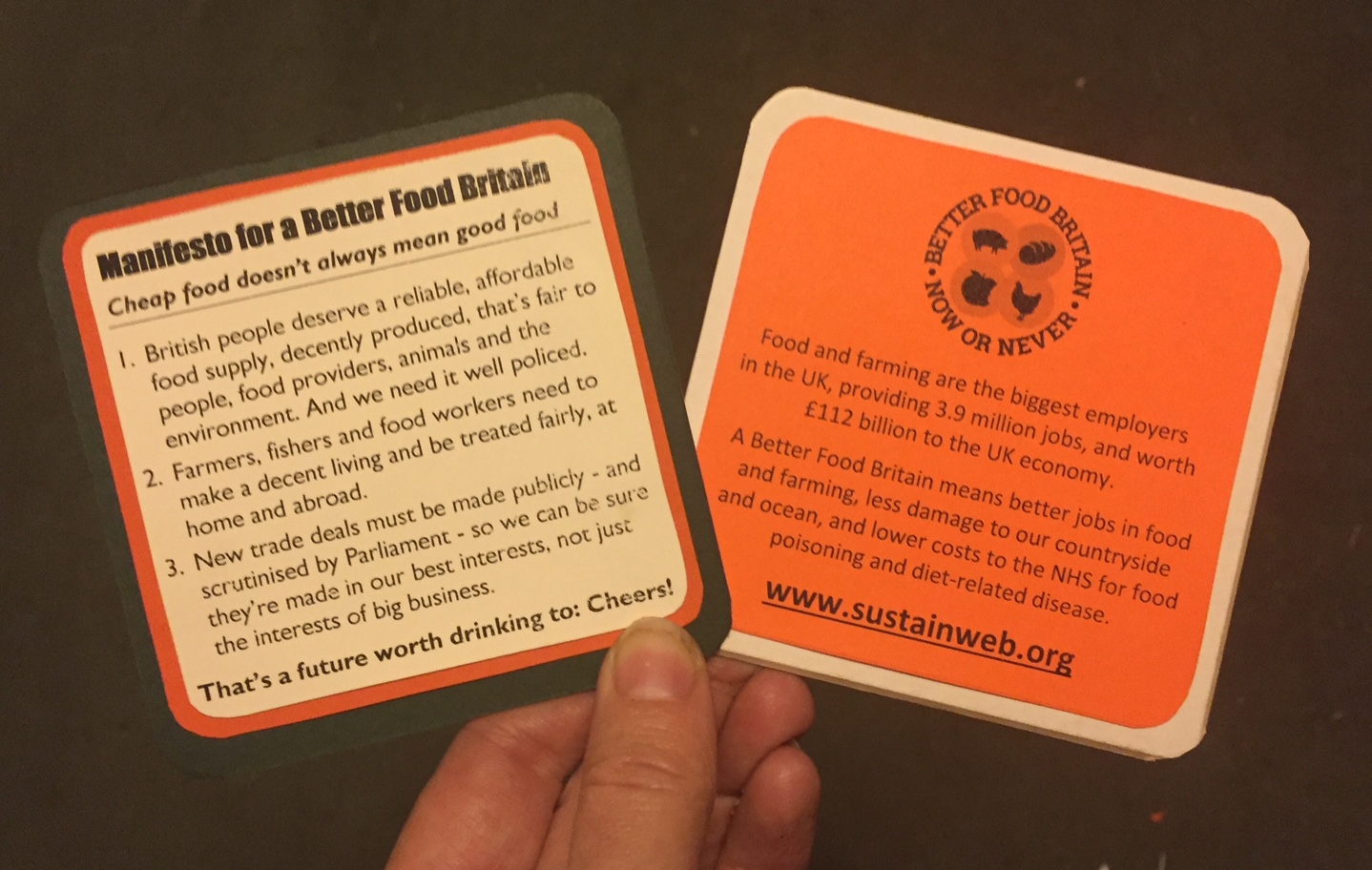 We stand at a cross-roads. When the UK leaves the European Union, will our leaders uphold good standards for our food, farming, fishing and trade deals? And will they agree a sensible deal with the EU? We need to make sure that they do!