In its 2019 election manifesto, the UK Government promised not to compromise on UK food safety, environment and animal welfare standards in future trade deals. It is currently negotiating a Free Trade Agreement with Australia, where a number of farming practices that are banned in the UK are still permitted.

For example, Australian farmers are permitted to use mulesing (the removal of skin from live sheep) battery cages, sow stalls and antibiotics as growth promoters. Furthermore, approximately 40% of Australia’s total beef supply  is produced in intensive feedlot systems where the animals are kept in close confinement and fed largely on grain rather than pasture.

Coming into regulatory alignment with Australia would put the UK’s precautionary approach on products such as pesticides at risk, as well as potentially lowering the standard of nutritional information on food packaging. We believe that higher standards need to be ensured and maintained now, as well as improved over time.

Sustain is also concerned that the impact of the Australian trade deal on health has not been fully assessed, as well the economic impact on UK farm businesses. Australian farmers would effectively have an unfair advantage over UK farmers. Sustain believes that the best way to protect UK standards is via primary legislation. 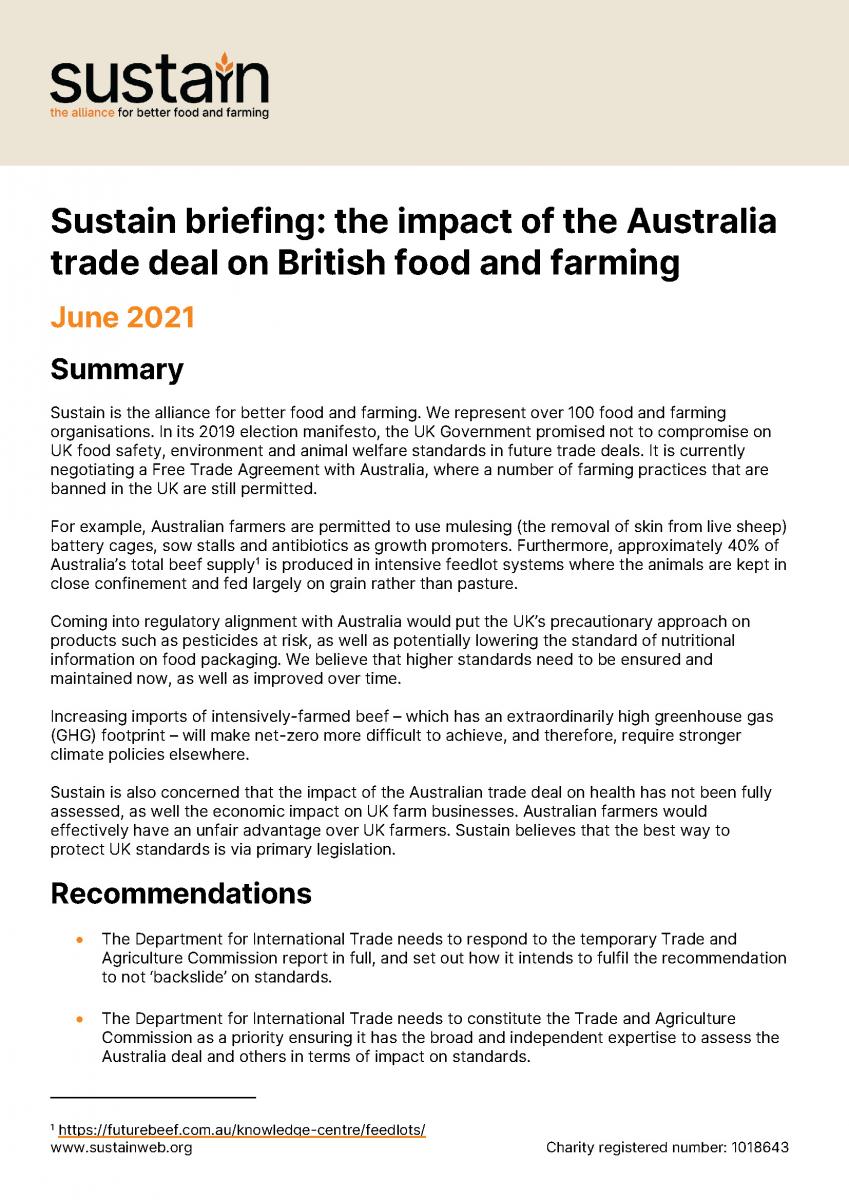