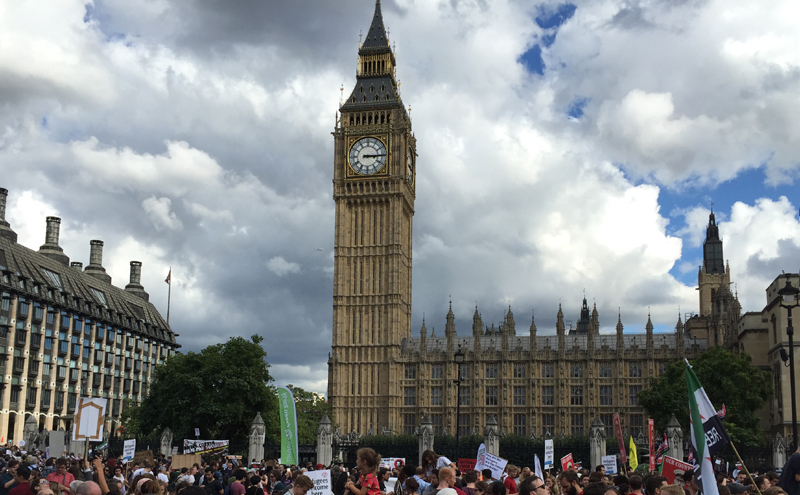 Sustain believes trade can bring many benefits. However, as a food and farming alliance, we want to be sure that such trade deals are beneficial to our health, food safety, animal welfare, food producers and the environment.

About Sustain: Sustain is the UK alliance for better food and farming. We represent around 100 not-for-profit national organisations and many more at local level. The Sustain alliance advocates food and agriculture policies and practices that enhance the health and welfare of people and animals, improve the working and living environment, enrich society and culture and promote equity. Since the EU Referendum in June 2016, Sustain has been active in convening alliance members and others to discuss the implications of the UK’s decision to leave the European Union, and to work together to achieve the best possible outcome for the country’s food, farming and fishing. See: www.sustainweb.org/brexit

In parallel, we also support the inquiry submissions of the Trade Justice Movement and Global Justice Now, sister networks with whom we work.

Sustain believes trade can bring many benefits. However, as a food and farming alliance, we want to be sure that such trade deals are beneficial to our health, food safety, animal welfare, food producers and the environment. Hence:

A. Given the potential impact of trade deals on health, food safety, animal welfare, food producers and the environment, we are calling for complete trade transparency.

B. We are concerned about the clear signs from United States negotiators that we will have to accept lower standard, lower welfare food in exchange for trade. Meat grown with hormones, chlorine dips and profligate antibiotics are worrying examples.

C. Farmers’ representatives and unions (and even a former UK ambassador to the US) have warned of the threat to domestic industry if British farmers are forced to compete against cheap food imports.

E. Our research shows massive drops in staffing and resources in the UK agencies charged with our food safety – we and they are concerned that future trade deals will add further pressure.

F. Sustain has been arguing since the EU Referendum result in 2016 that we must not compromise our food standards in exchange for trade. Recent polling by the IPPR showed that 82% of the UK’s general public agree with this sentiment – results confirmed by recent research by Which? – the UK’s biggest consumer association.

G. We are concerned that the current trade discussions that will eventually lead to full trade talks, including those relating to food standards, are being conducted in secrecy by the Department of International Trade who release only selected information.

H. Even though those discussions are already underway, there are still no formal mechanisms in place to consult civil society and no indications about how Parliament will have their say.

I.  Trade deals must deliver on achieving international objectives to which the UK has already signed up.

Given the implications for our food system and associated health, safety, wellbeing, animal welfare and environmental concerns, we are calling for complete trade transparency.

We want impact assessments published in advance; comprehensive, proactive consultation with civil society, parliamentarians and affected groups in order to set mandates for negotiators in advance and for parliamentarians to have sufficient time to debate and vote on prospective trade deals.

Which documents pertaining to trade policy and negotiations should the Government make publicly available – and which should remain confidential?

What level of access should Parliament and the devolved administrations and legislatures have to trade policy documents, including trade negotiation texts?

How should the Government consult business and civil society groups on trade policy matters, including prospective and on-going trade negotiations?

What role should Parliament and devolved administrations and legislatures have in drafting and/or approving the UK's negotiating mandate for trade negotiations?

What procedures should be in place for the UK Parliament and devolved administrations/legislatures to scrutinise trade agreements as they are being negotiated?

What powers should Parliament and the devolved administrations and legislatures have over the ratification and implementing legislation of UK trade agreements?

[9] Which? (May 2018) Consumer Insight: Brexit and Food: https://production-which-dashboard.s3.amazonaws.com/system/articles/attachments/1/Brexit_and_Food_April_2018_FINAL.pdf (see pages 25 onwards for responses relating to Brexit)