Race to the top: Sustain’s 10 red lines for UK trade deals for food, farming and fishing

Many are now deeply concerned that in the race to secure international trade deals, the UK may come under severe pressure to compromise our food standards – a damaging race to the bottom. Sustain's Kath Dalmeny sets out how trade deals must now be used to promote a beneficial race to the top. 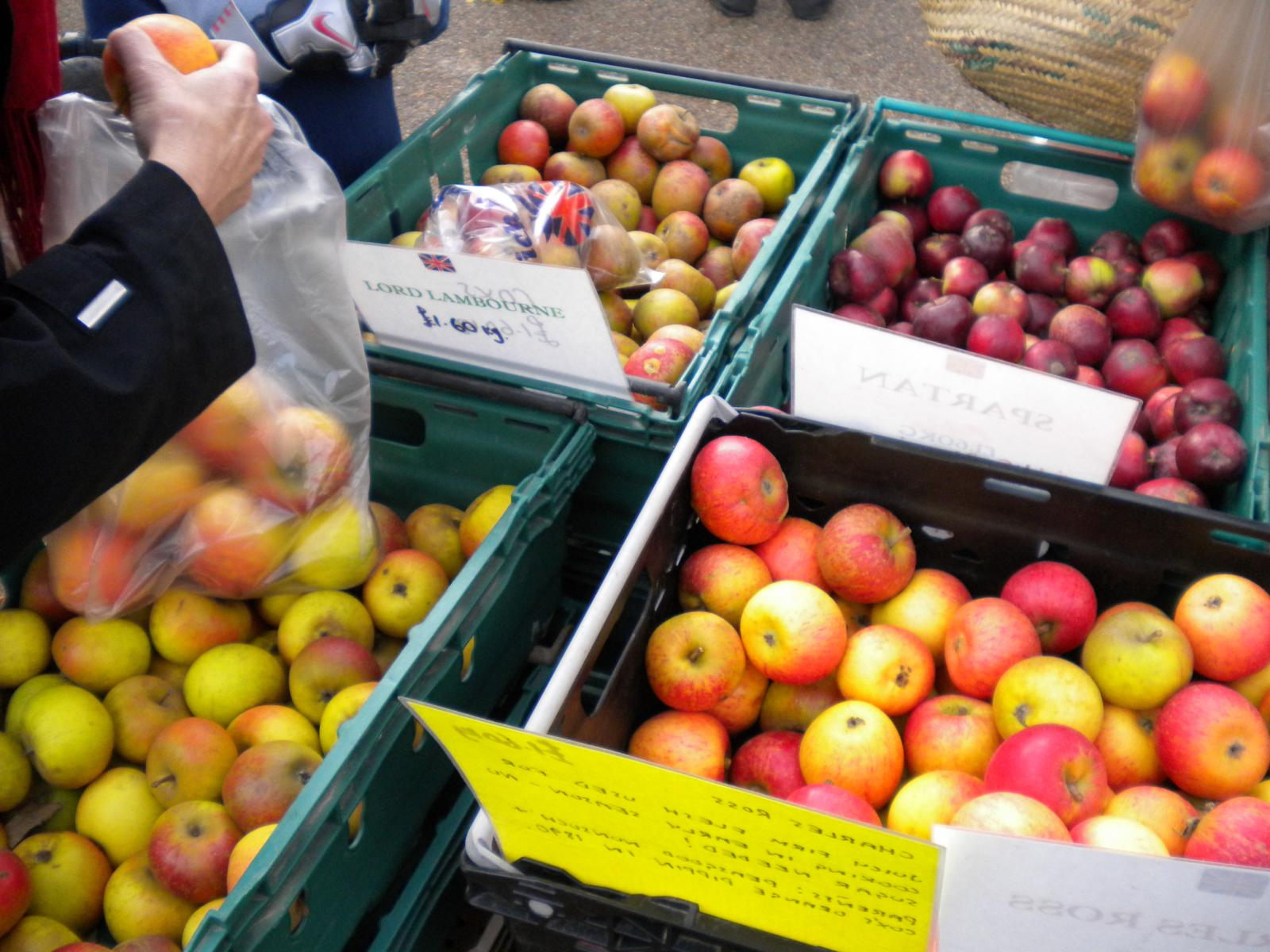 Sustain is conducting a consultation with alliance members, using the following summary to develop our position and messages on the implications of trade deals for food, farming and fishing. Constructive comments and connections are welcome - the more specific the better, and should be sent to: kath@sustainweb.org.

Over the coming years, the UK is likely to be seeking trade deals with countries outside of the European Union, such as America, Canada, Brazil, India, China and Australia. Trade can bring many benefits. However, we want to be sure that such trade deals are agreed only if we can guarantee that people in the UK can enjoy a supply of food that is safe, affordable and good for our health, animal welfare, food producers at home and abroad, and the environment – including protecting precious natural resources and reducing the emissions that cause climate change. We also want to be sure that farmers at home and abroad can make a decent living, and for British farmers to be able to produce food and manage our beautiful countryside in a way that respects our needs and the needs of future generations.

Sustain and our members are deeply concerned that in the race to secure international trade deals, the UK may come under severe pressure to compromise our food standards – a race to the bottom. America’s most senior trade official has already warned British industry leaders that the UK will need to accept US product standards if Britain wants a trade deal with America. On many food issues, America’s standards and approach differ significantly from our own – sometimes better, sometimes worse.

Who will decide which food standards we end up with? Unfortunately, decisions are likely to be made by trade negotiators behind closed doors. Recent experience shows that officials conduct negotiations in secret and may consult only with a close circle of economic advisors and big business. There are, as yet, no plans by the UK Government to make such trade negotiations open to public debate, nor to scrutiny by our elected representatives in parliament, nor to scientific review by the people who work to keep our food safe and sustainable.

Sustain is joining others to campaign for food trade transparency, democracy and accountability. We will also use the specialist expertise of our alliance members to highlight trade concerns specific to the safety and sustainability of our food, farming and fishing. These are summarised in this document as our 10 Red Lines for the UK’s post-Brexit trade deals for food, farming and fishing.

Put simply, under the terms of any trade deals we expect our food, farming and fishing standards to guarantee provision of a reliable and affordable supply of food that is:

These are not barriers to trade, nor do they seek to promote a protectionist approach – they are ground rules for the benefit of everyone. This article does not address complex issues of trade tariffs and subsidies, which can support or thwart sustainable development, and must be designed - where set - with public benefit as a priority.

To support calls for transparency, democracy and accountability in the UK’s international trade deals, join the Trade Democracy campaign: https://act.globaljustice.org.uk/call-trade-democracy-uk

Under the terms of any trade deals, we expect our food, farming and fishing standards to guarantee provision of a reliable and affordable supply of food that is:

Trade deals must deliver on national priorities for food and be open to public debate, scientific review and parliamentary scrutiny and consent, fully including and respecting the devolved administrations.

Trade deals must deliver on achieving objectives to which the UK has already signed up, and these must take precedence, such as the Paris Climate Change Agreement, International Labour Organisation conventions and UN Sustainable Development Goals.

The British public expects their food to be safe. International trade deals must not undermine this.

The UK has lots of national priorities on things like reducing antibiotic use in medicine and farming, promoting healthier children’s food and baby food, and reducing diet-related conditions such as heart disease and diabetes. We expect trade deals to help achieve these, not undermine them.

Trade deals must not expose us to increased risk of food poisoning – and even increased deaths – from things like Salmonella, Campylobacter and E.coli 0157. The UK food and farming industries and government agencies have been working hard to tackle contamination from these and other dangerous bacteria and viruses. Trade deals must not undermine this progress.

The people who police our food, from the UK’s Food Standards Agency to port inspectors and local environmental health and trading standards inspectors, need to have enough staff, funding, resources and strict laws in order to do their job properly. They have been subject to heavy cutbacks since 2010 and many are already signalling they will struggle to meet the additional workload after Brexit.

We want trade deals to enable the prioritisation of the production, availability, affordability and promotion of healthy food, rather than sugary, calorie-laden food and soft drinks. Junk food and sugary drinks contribute to the increased risks of obesity, diabetes, heart disease and diet-related cancers and trade deals promoting such products would put additional pressure and costs on our NHS.

We want trade deals that ensure our food is, for example:

International trade deals must ensure that our food comes from farmers and food workers who have been paid and treated fairly in line with International Labour Organisation conventions, and with opportunities for people to make progress and earn more over time, in an enforceable way.

International trade deals must not enable the food and farming industries to compete on a ‘race to the bottom’ in terms of worker pay and conditions, must not put our domestic food producers’ livelihoods at risk, and must not put pressure on UK employers to reduce pay and undermine safe and decent working conditions.

Trade deals must ensure that our food is produced in a way that is environmentally friendly and meets national priorities for conservation and enhancement of nature, as well as national targets for reducing greenhouse gas emissions. It should not be produced using excessive chemicals and damaging techniques that harm pollinators such as bees, soil, air quality and clean water, as well as precious and irreplaceable wildlife and ecosystems at home and abroad.

Trade deals must help protect our seas, coasts and marine life. We want to be able to prioritise a sustainable approach to fishing, fishery management, marine protection areas and marine ecosystem regeneration, as well as sustainable fish buying in the public and private sectors, in line with international guidelines for responsible fishing.

Trade deals must not threaten our rules on buying sustainable fish for our schools, hospitals and armed forces – we want these enhanced and to see this encouraged and promoted more in the public and private sectors. No one should be put in the position of unwittingly eating endangered species.

Any meat, dairy or other livestock products we import should come from animals that have been treated well and transported and killed as humanely as possible, to at least UK animal welfare standards. We don't want UK producers to be forced to lower their animal welfare standards in order to compete. Information and labelling for livestock products must be reliable and transparent about 'use by' and slaughter dates, country of origin and methods of production.

We don’t want our trade deals to make life harder for people living in poverty or in developing nations. We want people to enjoy their own food security and for trade with the UK to help them earn enough money to build better lives. We want trade deals to abide by the UK’s existing sustainable international development commitments and UN Sustainable Development Goals, as well as International Labour Organisation conventions. Trade deals must also not be used to tell developing countries they cannot control food prices or stockpile food for domestic consumption.

We want to retain the UK’s freedom to provide non-reciprocal access to our markets for poorer nations. And we don’t want to create a race to the bottom on standards that could threaten livelihoods at home and abroad. We need to be free to continue to support sustainable farming through grants and investment, and to favour products that are fairly traded. Specific measures to safeguard and support smaller farm businesses must also be allowed – at home and abroad.

Everyone needs to know what they’re eating and where it comes from, so country of origin labelling needs to be protected in trade deals. We know this has been highly contentious in previous trade negotiations. We also want to be free to support producers of higher quality goods, especially those with protected geographical status, such as Melton Mowbray pies or Cornish sardines. We want to be able to protect products made with traditional recipes and techniques and to support smaller, artisan and traditional food industries.

UK consumers already know and trust lots of accreditation schemes and kitemarks, such as the Fairtrade Mark, RSPCA Assured label and MSC seafood ecolabel.  These help consumers seek out higher quality goods and incentivise producers to take part in ethical and sustainability schemes. We must remain free to promote and protect such schemes and not allow fake or copy-cat goods with lower ethical values.

Trade deals must not in any way undermine the ability of our public institutions – such as schools, hospitals and the armed forces – to buy well produced, healthy and sustainable food. We must remain free to use our public sector food contracts to favour producers who abide by high standards that can demonstrably provide public benefits.