The UK is looking to negotiate the new Free Trade Agreement (FTA) in record time in order to ‘double trade with India by 2030’. It is likely to face considerable pressure to water down pesticide standards from the Indian government, which is infamous for lobbying aggressively against protections. The deal is also likely to have major impacts on UK agriculture, with Indian farmers able to produce food more cheaply using toxic pesticides that are banned in the UK.

This report proposes a set of detailed recommendations for the UK government including: 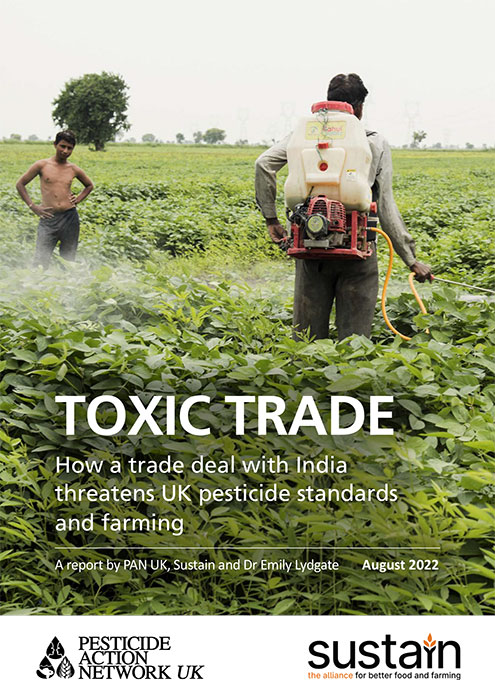