Hospital food can be improved only by legislation

As the government announces a review of hospital food, Katharine Jenner writes that only legislation can ensure that inpatients get adequate nutrition.

As the government announces a review of hospital food, Katharine Jenner writes that only legislation can ensure that inpatients get adequate nutrition

Which of these statements are true?

Unfortunately, for some hospitals all are true. This is why action is needed. Twenty years’ worth of government initiatives have failed because they rely on hospitals to voluntarily adopt food standards for patients’ meals [1]. The voluntary approach is not working, and the government should set mandatory standards for hospital food without exception. This would help improve the quality, healthiness and environmental standard of patient meals, and ensure that they lead by example, helping to inspire patients, visitors, and staff to eat better food outside of hospital.

Evidence shows that hospital food is not good enough [2]. The government has said that as many as 50,000 people a year could be dying with malnutrition in NHS hospitals in England [3]. Age UK categorises malnutrition among older hospital patients as elder abuse because it results in longer periods of illness, slower recovery from surgery, and increased mortality rates.

Furthermore, a survey of hospital meals by the Campaign for Better Hospital Food found that three out of every four hospital meals would qualify for a red light, under the Food Standards Agency’s traffic light model, for high saturated fat, and 15 of the 25 meals surveyed contain more salt than a Big Mac.

Robert Francis QC’s report on the Mid Staffordshire NHS Foundation Trust Public Inquiry highlighted many concerns about the standard of care in the NHS, including the standard of hospital food. The report concluded that the NHS needs clearer, better enforced standards [4]. In February in the BMJ experts called for the government to include nutritional care in its mandate to the National Commissioning Board [2].

I am not asking for standards that you would find only in a Michelin starred restaurant; rather, healthier and more nutritious food with less salt and saturated fat that is sustainable, with higher animal welfare standards, and fair trade. Meals should be accessible to patients within reasonable meal times.

Throughout the retail sector, demand from customers has led to improvements in the food sold, as seen with salt reduction [5]. It is in retailers’ best interests to keep their customers happy. Shouldn’t the same apply to hospitals?

The first steps towards better standards are outlined in the Government Buying Standards, which the Department for Environment, Food and Rural Affairs recommends that hospitals implement, and which have been introduced for government departments and prisons.[6]

They are clear, simple, and workable, and there is no reason why they shouldn’t be extended to hospitals. Nottingham University Hospitals NHS Trust has announced that it made a daily saving of £2.50 (€3; $4.10) per patient, as well as a reduction of 150,000 food miles a year, by switching to fresh local ingredients [7]. The trust says that the NHS could make a national saving of £400m a year if the same standards were implemented throughout the health service [7].

About half of hospital meals are made by catering companies such as Compass Group and Sodexo and are reheated after delivery to hospitals. The other half are freshly made either in the hospital’s own kitchen or in a facility off site. Even suppliers are asking for standards. They want to know exactly what they need to deliver in terms of local sourcing, sustainability, welfare, and healthier food [8]. If hospitals demanded higher standards from their suppliers the cost of good food would come down, because of economies of scale, to the benefit of all consumers.

It’s not clear whether hospitals would oppose mandatory standards. But a staggering two thirds of hospital staff say that they would not be happy to eat the food that they serve to patients [9]. Although some hospitals are already seeing the benefits of adopting voluntary food standards, including higher satisfaction rates among patients and less waste and spending on food, take-up has been very slow.

On 8 November 2013 Julia Cumberlege introduced a Hospital Food Bill to the House of Lords. This bill would require the health secretary to convene a body of experts to draft mandatory food standards for hospitals, and it would task the Care Quality Commission with ensuring that these standards were met. The bill’s success depends on government support, which has not yet been forthcoming. As a compromise, the government has created a hospital food standards panel to review how such standards can be more stringently applied to patients’ meals and to food sold on hospital premises to staff and visitors, without making them legally binding.

We should all act now to give our backing to this bill to give it the best possible chance of success. 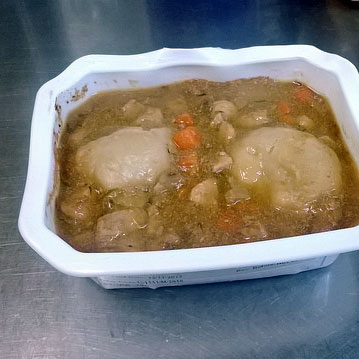 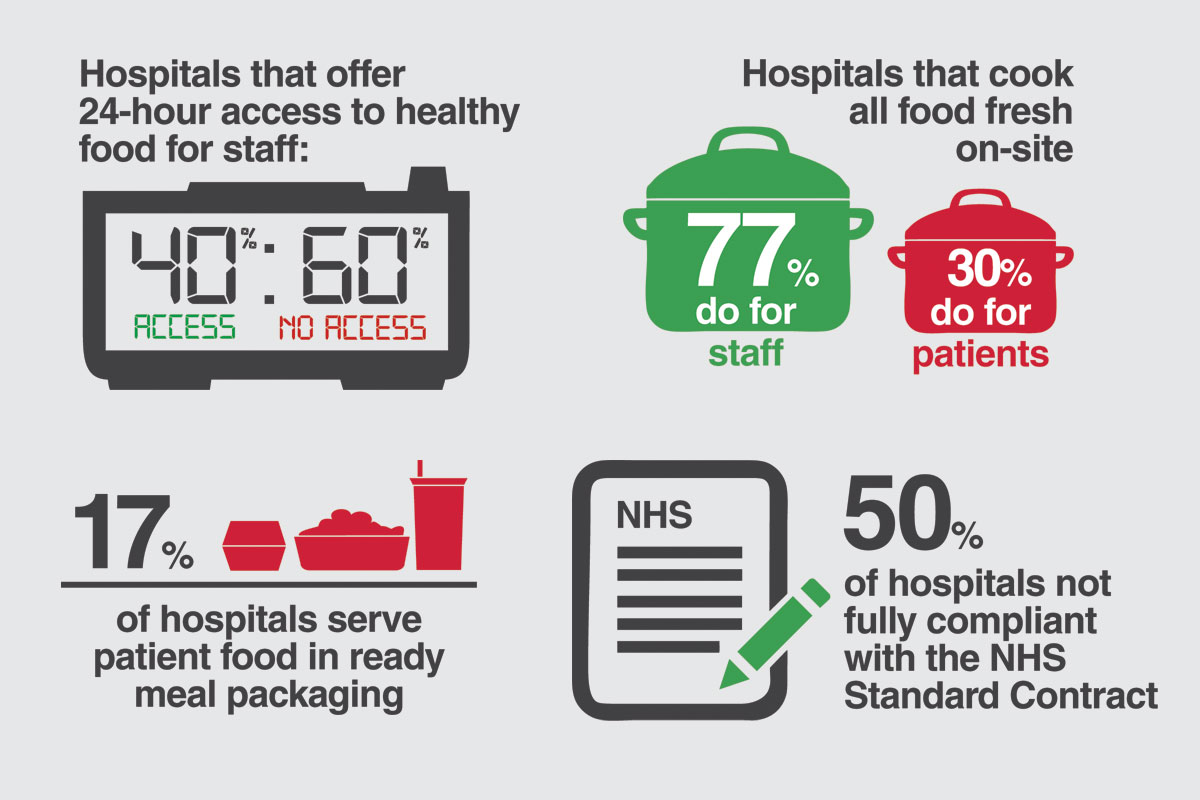