City University Professor of Food Policy Tim Lang, patron of the Sustain alliance, is calling on the Government to show the public their emergency food policy for a no-deal Brexit. 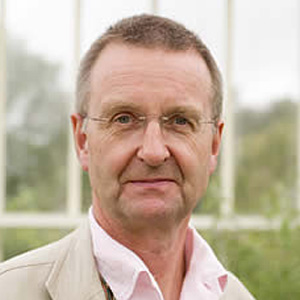 Professor Lang wants the public to be able to see the Government's planning assumptions and how they were calculated. Government is reportedly about to spend £138 million on a Brexit public information campaign, the biggest since the second world war but Professor Lang says they are keeping their food policy plans under ‘lock and key’.

Read Professor Tim Lang's full paper in The Lancet on the topic here.

“Plans have been leaking out for quite a bit. If you remember Sir Mark Sedwill the Cabinet Secretary and National Security adviser had an entire 14-page memo leaked, presumably by someone from the Cabinet, at the beginning of April."

"The details have got clearer. There is much more talk now among the cognoscenti of flows of trucks dropping by a third or more within a day. The Government has already been clear that it expects large numbers of trucks not to have smooth transit because they haven’t got the right paperwork. They’re expecting food price rises of at least 10%, Sir Mark said that back in April. If the pound goes down we can assume that will go even more."

"A drop in imports from the EU and other countries to maybe a half or 40% down. Some people saying 15. One [is saying that] even after 3 months we can expect at best it might get to 50 or 70%. These are big figures and the point of my paper in The Lancet was just saying: ‘Look, if these calculations have been made, we need to know what is the method, how has it been done, who has done it? And secondly are they actually going to tell the public this?’ We know now the chancellor has allocated £138m for information. Let’s see these figures published!"

Interviewer: What do you fear?

Professor Lang: "Well, I’m a public health man and generally within food policy I personally fear the loss of fresh fruit and vegetables because we’re not even meeting as a country the Public Health England’s and the UK’s advice on what we should be eating."

"We import £11.1bn fresh and fruit vegetables from within the EU. We get 30% of our food from the EU member states plus another 11% through trade deals done with the EU. That’s a heck of a lot of food that we’re importing via the EU and trade deals and trade deals with the EU. If those are disrupted by 30 or 40 or 50 or 70%, and it goes on for months - which is what many people have told me is the assumption now within Government - well, no wonder the Institute for Government, the think tank, said last week these planning assumptions are kept under strict lock and key in ministries. I just think in public health terms that’s ludicrous. Get it out. Let’s tell the public."

Interviewer: If they are emergency plans, Shouldn’t the government be keeping emergency plans like that under wraps because they are so important and aren’t you just guilty of scaremongering and encouraging people to panic buy?

Professor Lang: "Certainly not. I’m on record for the last two years saying do not panic buy. If this is what the government thinks is going to happen where does it think the public is going to get its fruit and vegetables from? Or is it going to drop public health advice? I don’t think that’s being alarmist, I think it’s very serious. This is government planning."

The BBC asked Defra, the ministry with responsibility for food supplies, who responded:

"We have a highly resilient food supply chain and consumers in the UK have access to a range of sources for food. This will continue to be the case if we leave the EU with our without a deal."