Case study of The Pig Idea, a campaign to encourage the immediate use of much more legally permissible food waste as animal feed, and in the longer term to lift the ban on feeding catering waste to pigs. 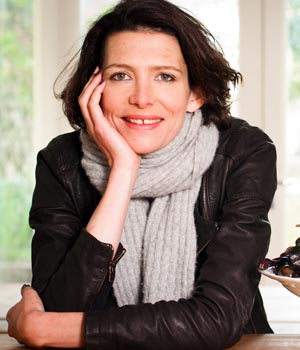 Thomasina Miers is a cook, food writer, and the winner of BBC 2’s MasterChef in 2005. In August 2007 she jointly opened Wahaca, a restaurant cooking fresh food inspired by the food markets of Mexico, using free-range meat, sustainable fish and recycling everything down to its food waste. She and her business partner now have eight restaurants across the South East.

Currently, Thomasina is working with food waste campaigner Tristram Stuart on The Pig Idea. For thousands of years, pigs have been mankind’s perfect partner: they consume waste and convert it back into food, i.e. pork. Following the outbreak of Foot and Mouth disease in the UK in the early 2000s, and its negative consequences for British farming, the government introduced a ban on feeding catering waste to pigs. However, science has now shown that cooking leftover food renders it safe for pigs. So Thomasina and Tristram are leading the call for lifting this unnecessary, unscientific, and environmentally destructive law.

For thousands of years pigs have been man’s perfect partner in consuming the waste that humans produce and converting it straight into calories i.e. pork. Today supermarkets talk about composting food waste or turning it into electricity but by far the most efficient thing to do with food waste is to feed it directly to pigs.

Instead we have a hugely inefficient system where pigs are being fed food that humans could otherwise eat, and much of this feed is soy, grown in the Amazon area where rainforest is being cut down at an alarming rate. 97 percent of global soy production is used for animal feed and Europe now imports 40 million tonnes of soymeal a year. The amount of land needed to produce soy for the European market since the ban on meat and bone meal is roughly equal to the area of deforestation in the Brazilian rainforest since that date.

What can food businesses do now?

Quite a lot of the surplus food that farmers, wholesalers, manufacturers and retailers throw away can already be used for animal feed - there are plenty of good examples of food waste being used in this way, such as fruit, vegetables, trimmings, whey, spent brewers' yeast and bread. There are just a few conditions, to make sure that this is hygienic and not contaminated with animal products. The FoodSave project can help small- and medium-sized food businesses in London to navigate the rules and gain approval from the appropriate authorities. Email: charlotte@sustainweb.org;  tel: 0203 5596 777; web: www.sustainweb.org/foodsave/

The governments of other countries such as Japan, South Korea, China and many states in the USA recognise that the best way of turning food waste into a valuable resource is to feed it to livestock. Instead of banning the practice, the Japanese government support pig farmers who want to use food waste as feed. The resulting pork is sold at a premium as eco-pork on the same supermarket shelves from which the waste originated. In the UK, thousands of British pig farmers have gone out of business because of increases in the price of wheat, maize and soy – the principal ingredients of pig and chicken food – on the global market place where the farmers are competing with people who wish to buy these grains for their own consumption. Returning to the practice of recycling food waste for livestock feed would be a way of increasing Europe’s food security for the future.

The Pig Idea is campaigning for a change in the law, to allow catering waste to be used for animal feed, as it has been for many centuries. Get behind the campaign by signing up to The Pig Idea pledge.