Case study of Borough Market, where unsold bread, fruit and veg from the Market has been collected by local charities, with the help of FoodSave and Plan Zheroes, to feed hundreds of vulnerable local people. 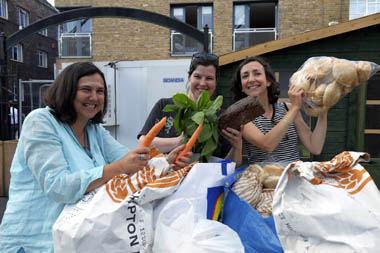 Borough Market was matched with local charities by the FoodSave project, which offers free support to small and medium food businesses in London to help them address the food waste issue. The development of the scheme has been supported by Plan Zheroes, which supports and inspires food businesses that are willing to donate their surplus food to local charities.

Food businesses trading in Borough Market often have delicious surplus food left over at the end of the day, which they now make available to a range of local charities that help vulnerable people in the local area to eat well.

The Borough Market traders involved to date are: the Bread Ahead Bakery, Karaway Bakery, Olivier’s Bakery, Paul Wheeler (Fresh Supplies) Ltd., Ted’s Veg, The Flour Station and Turnips. Between them they supply four charities on a regular basis: 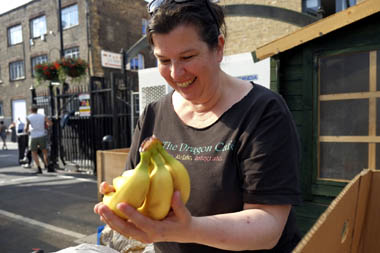 In the first month, FoodSave and Plan Zheroes helped these food businesses to divert well over a tonne of food to good causes.

Keith Davis, Managing Director of Borough Market said: “Borough Market is committed to inspiring people about food, creativity and sustainability - whether it’s our 100% landfill free policy or collecting coffee grounds from our restaurants to use in our Market Hall garden. Working with FoodSave, we are proud to be doing our bit to reduce as much food waste as possible, before using surplus food to feed people in need.”

Charlotte Jarman, FoodSave project officer at Sustain, said: “We are very excited to be working with such an iconic London food destination as Borough Market to divert surplus food to good causes. Let’s hope that this move inspires other markets around the capital to set up similar schemes.”

Borough Market is London’s most renowned food market, and a source of exceptional British and international produce. Borough has long been synonymous with food markets and as far back as 1014, and probably much earlier, London Bridge attracted traders selling grain, fish, vegetables and livestock.  In the 13th century traders were relocated to what is now Borough High Street in Southwark, South London, and a market has existed there ever since.

For more information about Borough Market, its traders and events visit www.boroughmarket.org.uk