Rishi’s reshuffle – what does this mean for food and farming?

After just four days in post, new Prime Minister Rishi Sunak's Cabinet re-shuffle appears to be reaching a conclusion. With some old faces and some new, let’s take a closer look at the track record of Rishi Sunak’s new team covering the brief for food and farming. 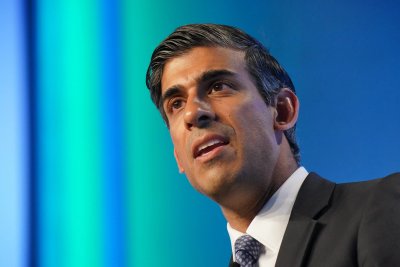 No Coffey break for Defra...

After a short tenure as Health Scretary, Liz Truss loyalist Thérèse Coffey becomes the Environment Secretary, back in DEFRA where she was previously a junior minister for three years.

The new Secretary of State cannot waste any time trying to win back favour of environmentalists, who accused the Liz Truss administration of an “attack on nature”. Anxiety is still brewing however, with the Environmental Land Management schemes being reviewed rather than sped up, and the looming Retained EU law bill, which threatens so many food protections.

Ms Coffey's track record on climate change has raised some eyebrows; when asked by the media about her personal action she could only think of using re-usable cups, and she has consistently voted against measures to prevent climate change in the past. However, in stark contrast to her inexperienced predecessor, Ms Coffey's experience in DEFRA has been welcomed. In her time as DEFRA Minister, the Department introduced the Agriculture Bill, the Environment Bill and the 25 Year Environment Plan.

Farmer and former Leader of the House of Commons, Mark Spencer, remains as Minister for Food.

Prime Minister Sunak tried to affirm his green credentials at this week's PMQs, asserting his support for Net Zero, backing British farmers and announcing the return of the ban on fracking. However, his demotion of COP minister Alok Sharma and climate minister Graham Stuart from the Cabinet and refusal to attend COP27 next month has caused many to question his commitment.

The apprentice has become the master…

Former apprentice and Minister at the Department for Education, Gillian Keegan, has been appointed as the new Secretary of State for Education, the fifth MP to serve in the role in the last four four months.

As Parliamentary Under-Secretary of State for Apprenticeships and Skills, she voted against extending free school meals during holidays in October 2020. She has also been sceptical about Free School Meal eligibility expansion claiming that “free school meals are rightly targeted at the children who need them most”. However, recent research from Impact on Urban Health shows that if free school meals were extended to all children in households under Universal Credit, each pound invested could result in £1.38 return for the economy.

Robert Halfon re-joins the Government payroll as Ministers of State at the Department for Education. Robert Halfon has been a strong supporter of the sugar tax money being used to fund initiatives such as the National School breakfast programme but looks set to take on the skills brief.

Rishi plays his Barclay-card for Health

Steve Barclay has returned the post of Secretary of State for Health, a position he held following the resignation of former Health Secretary, Sajid Javid earlier this year.

Earlier this year, while Johnson’s Chief of Staff, he told Ministers to take action that will ease pressure on the cost-of-living. This included delaying the supermarket ban on buy-one-get-one-free junk food offers. This is despite countless research showing that multi-buys actually cause customers to spend more. Last month, 70 organisations wrote to Liz Truss to prevent another U-turn on children’s health, with obesity measures such as the 9pm watershed under threat.

With Jeremy Hunt remaining as Chancellor and his previous condemnation of  obesity U-turns, obesity campaigners are hoping that the Truss deregulation agenda will lose momentum.

Maria Caulfield, MP for Lewes,re-joins the department as a junior Minister.

A Business Grant for Shapps...

Grant Shapps has been appointed as Secretary of State at the Department for Business ('BEIS'), the fifth person to hold the post since 2019. As Transport Minister, Grant Shapps led work on a transport decarbonisation plan, and has challenged the notion that going green will cost you more money.

He will now oversee his department's Net Zero review, led by Chris Skidmore, as well as the review of the Groceries Code Adjudicator (GCA), with the deadline of both consulations passing this week. The Net Zero review aimed to ensure the target does not place undue burdens on businesses or consumers, and Sustain has responded. The GCA review gives options to abolish the GCA or merge it with the Competition and Markets Authority (CMA). We explain here why neither is right.