How can farming on city fringes make us rethink the urban-rural divide?

Our new Peri-urban farming Officer, Aryo Feldman, makes a deep dive into how our Fringe Farming project on growing peri-urban farming enterprise can make a crucial new link between the urban and rural. He explores how the peri-urban, loaded with potential and dynamism, could be a site and catalyst for radical change and societal transformation through food growing. How can we seize this? How can city fringes – including, Greenbelt land - be protected and enhanced by agroecological food growing? 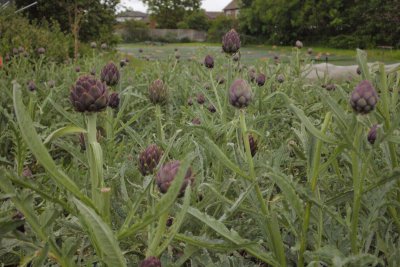 Towns and cities, or the urban, have historically been centres of political decision-making, the economic motors of nation states and the convergence of migrants, diverse ideas, creativity and innovation. Villages and hamlets, i.e. the countryside, or the rural, on the other hand, have more often been places of managing natural resources like food, fibre and water, and associated with ideas like tradition, indigenous culture and authenticity. Areas on the edges of cities, also known as the hinterland, fringes or the peri-urban, are less well-defined in terms of their role and our perception of them. They can be a contested space between urban expansion and the protection of the countryside. They can also be a transition zone, going from less-urban to almost-rural, or less-rural to almost-urban, depending on your viewpoint.

Nonetheless, the roles and perceptions of the urban, rural and peri-urban, and the relationships between them, have been changing and could still change dramatically. This post looks at how urban and peri-urban food growing is contributing to this. How is introducing food growing – a traditionally rural economic activity - into urban and peri-urban spaces reshaping the structures and economic relations of urban society? Is it rural-ising the urban? Will it move us towards blurring the urban-rural divide?

The rural and the urban binary

As a starting point, it can sometimes be useful to know how the urban and rural are officially defined. The UK Government – including the Office for National Statistics - classifies an area as urban if it has a settlement population of over 10,000 and so the rural is any area outside of these defined urban settlements.

There is no official definition of the peri-urban, as confirmed by my email exchanges with the Office for National Statistics and Defra. In a CPRE (Campaign to Protect Rural England) report, the peri-urban or so-called ‘countryside next door’ is defined as ‘countryside within 5km of large towns and cities with populations greater than 100,000’. However, these numbers are somewhat arbitrary as this rule of thumb could be extended to 10 or more km and include towns with populations of between 10 and 100 thousand without controversy.

Although useful for conceptually getting to grips with classifying the three geographic zones, these definitions may be neither accurate or able to truly capture relationships between them. The key may be to bracket geographical locations and instead look at the flows and interactions between them. This model gives value to the peri-urban as being the interface at which resources flow between the rural and urban, and so spaces in which rural and urban activities and features can mingle and co-exist.

So what flows through the peri-urban junction? More often than not, the urban is seen as the site of consumption of raw materials, which are extracted from the rural. The flow therefore firstly goes from rural to urban. Raw materials are then used by urban communities, to fuel enterprise and the market (i.e. capitalist accumulation), and so grow prosperity for the nation’s economy.

Taking for granted this flow of natural resources, particularly nutrients, from countryside to towns could account for the afterthought given to food production in or by cities.

“The relative neglect of food in the history of urban planning until the mid-1980s is partly explained through the historical physical and mental separation of town and country. Food has been treated as a question of agriculture and constructed as belonging to non-urban territories.” - Chiara Tornaghi and Michiel Dehaene

The UK’s Green Belts and reclaiming the peri-urban

The dynamic peri-urban is well captured when we look at UK’s Green Belt land: a planning tool for restricting urban expansion, preventing settlements merging and preserving the character of the countryside, including the amount of greenfield (i.e. undeveloped) land. First introduced for London in 1938, there are currently 14 Green Belts in England, which makes up 12.4 % of the land area; Northern Ireland has 30 Green Belts, covering approximately 16% of the country; Scotland has seven Green Belts, which are spread over at least 2% of the country; and Wales has one Green Belt between Cardiff and Newport with plans to establish another site in the north of the country.

Although originally set up to serve the countryside by preventing its urbanisation, in important ways the Green Belt can be regarded as yet another resource to be used by the urban. They can firstly be seen as playgrounds for urbanites to escape the city and enjoy nature. Although designated as greenfield sites, they attract attention from speculative development pricing and planning permission applications. This can be seen in the steady eating away of Green Belt land: a reduction of 1% since 2006. This has largely been related to the UK’s housing crisis, where in 2021, more than 250,000 homes were proposed on Green Belt greenfield land.

This is of course in direct conflict with the original aim of establishing Green Belt zones, i.e. to stop the encroachment of town and cities into the countryside. It firstly illustrates the dominance of the urban over the rural, which can explain the general urban bias (e.g. how the government defines the rural as a negative juxtaposition of the urban; or even the term ‘peri-urban’ rather than ‘peri-rural’). Secondly, it gives us insight into the role of the peri-urban as potential space; importantly as the not-yet-urban.

Reclaiming the peri-urban as something other than the not-yet-urban could be a powerful tool. Loaded with potential and dynamism, the peri-urban could be a site and catalyst for radical change and societal transformation. But how can we seize this? How can peri-urban space – including, Green Belt land - be protected and loaded even more with rural-urban interactions?

Agroecology, as a practice, is characterised by a more environmentally conscious and ecologically embedded form of farming. This includes attracting natural predators for pest management rather than using chemical pesticides, conserving water by working with the contours of the land and integrating trees and shrubs, and building up soil health when considering soil to be a lively entity rather than depleting it by intensive tillage and artificial nutrient applications, when regarding it is an inert substrate, i.e. dirt.

I think there is a lot to be said of the role of agroecological farmers as stewards of the natural environment, which is more often taken to be the countryside. Aside from the benefits to food growing, this can ensure that agroecological farms sustain themselves as productive spaces, protect and encourage biodiversity, increase carbon capture, manage water tables to prevent flooding and drought, maintain green spaces, including for the leisure and recreation of urban dwellers, and nurture an intimate connection to food, the land and other species.

Could the same logic of agroecological farming be applied to peri-urban and urban spaces? Firstly, having food grown in the city and having urban folk become farmers could displace the notion of towns and cities as feeders of the countryside. Secondly, this could have implications for creating greener and more sustainably managed cities.

Agroecology is importantly more than a practice. It is also a political movement that is concerned with fair returns for farmers, human rights, especially of indigenous and otherwise under-represented communities, and food and land justice. In an urban setting, what would it look like to marry the cosmopolitan diversity and collective political power of the urban populace with solidarity and sovereignty movements of agroecology?

I imagine it has the potential to result in a more just food system that is not only focussed on food security and urban diets but also equal access to food and a deeper appreciation of the ecological basis of food production. Perhaps it could decouple capitalism from urbanism, incorporating ideas and values of care, collectivism and interdependency (importantly, with other non-human species and ecologies). It could even reform the relationship between the urban and the rural, doing away with the constructed binary and so bring the two together in a multitude of ways.

“Thinking the urban through an agroecological lens is more than a call to rebuil[d] urban-rural linkages within the existing geography of capitalist urbanisation. Rather it challenges the mechanisms that reaffirm their separation, with production on one side and consumption on the other, with agrarian versus urban questions, but also with nature on the outside and technology, culture and artifice on the inside.” - Chiara Tornaghi and Michiel Dehaene

What could a political (peri-)urban agroecological movement mean?

Encouraging agroecological food growing in peri-urban spaces is likely to create different kinds of both agroecology and urban environments from what we are used to. It urbanises agroecology and ‘agroecology-ises’ the urban. In its disruption, this new agroecological urbanism allows the unexpected, changes roles and perceptions, creates new dynamics and alliances, initiates reform and opens up the possibility of transformation.

It seems to be that there is good reason for thinking that placing agroecological food production in the peri-urban to be relatively seamless. As the interface between town and country, the peri-urban is already a confluence of urban and rural activities and ideas, where they are free to join and shape each other. It is also an unfixed space - physically and mentally - that is always in flux and so wrought with potential for radical change. It is set up to be filled in.

The vital question is who will get there first: developers or agroecologists? Our Fringe Farming project is aiming to support a shift towards the latter. And you can stay in touch with our latest developments by signing up to Sustain’s Sustainable Farming Campaign newsletter.