We must protect high standards for baby food

It's not just chlorine-dipped chicken. The quality and safety of baby food are at risk from the Repeal Bill and new international trade deals. We need strong standards and institutions to ensure babies get the nutrition and protection they need, say Dr Helen Crawley of the First Steps Nutrition Trust and Kath Dalmeny of Sustain. 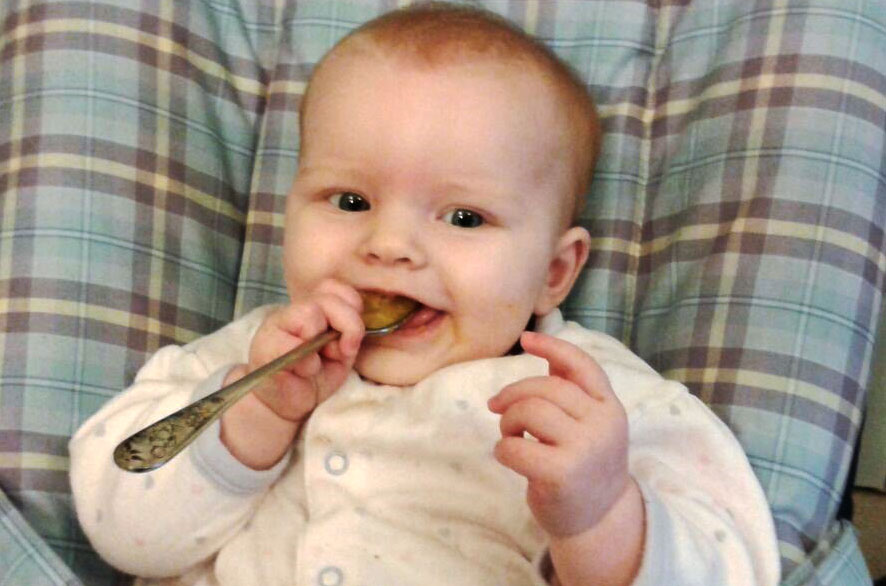 We now take it for granted that food for babies will be of the very highest quality, and that food labels will reveal exactly what we are feeding our young children. But as recently as the 1990s, baby food in the UK had such shoddy ingredients, it was described by concerned health campaigners as “tinned paste and polyfilla” [1]. And in the 1980s, the campaigning nutritionist Caroline Walker pointed out memorably that socks were at the time required to be better labelled for their ‘ingredients’ than were sausages. You could get more information about what you put on your feet, than what your children were eating [2].

Things have certainly changed for the better. Concerned parents, health professionals and campaigning nutritionists raised their voices, and legal standards soon followed. We can now rightly expect high quality food sold for babies, free from harmful levels of contaminants such as pesticides, and with ingredient and nutrition labelling, presented in a way that is familiar and readable. And we are making improvements all the time with new regulations currently under discussion to reduce the sugar and pesticide content of baby foods further, to look carefully at some of the potentially harmful processing by-products that appear in baby foods and to change the age that foods are marketed from to align with infant feeding recommendations. In addition there is serious discussion about health claims made on foods and whether these should be restricted on foods for babies and young children.

And where do these rules and new discussions sit? Most of them at European level, with important research, monitoring and compliance functions provided by EFSA, the European Food Safety Authority. The UK contributed extensively to these developments - we have invested a lot in such high standards. At the moment it looks likely that ingredient and labelling standards will be transposed relatively easily into UK law through the EU Withdrawal (Repeal) Bill. But it is not yet clear how such rules will be developed further, informed by good scientific opinion, monitored or enforced in the UK if our links to EFSA are cut. Nor is it clear how such standards will be protected from being undermined by new international trade deals.

Will local trading standards officers and the UK’s Food Standards Agency be expected to pick up all responsibilities of EFSA? A survey by the Chartered Trading Standards Institute in 2016 found that total spend across Britain on trading standards had slumped from £213m to £124m since 2009, while the number of trading standards staff had reduced by over half during the same period. The expertise to look at novel new ingredients and food components, to consider the usefulness of health claims and to ensure that we can feed into discussions with the countries that make most of the baby food sold here (and most comes from other EU countries) will be lost.

The UK’s defences against bad practices are already at a shocking low, but our expectations for safe, healthy and nutritious food for our children are very high. Will we lose the ability to keep up with research expertise and future proof for when new information arises about the safety of components of baby foods? Or will we become a safe haven for foods from other trading areas where compositional standards are non-existent or weak, and health claims are rife? In the US for example there are no standards about the amount of sugar allowed in baby foods.

Without clear food standards, enforced by trading standards officers and suitable research and agencies, the temptation will always be simply to cut costs. Which usually means worse quality. We don’t want to go back to the bad old days of “tinned paste and polyfilla” for baby food. Our children deserve better.

To protect baby food standards, the UK Trade Bill must:

Sustain has joined the new Fix the Bill alliance, coordinated by Unlock Democracy, to press for better policy outcomes from the Repeal Bill, for people and the planet - health, welfare and sustainability. Sign up your organisation for news or to get involved at www.repealbill.org and follow on Twitter at @fixrepealbill

This Brexit Brief is co-authored by:

This Brexit Brief is part of the Sustain alliance’s Campaign for a Better Food Britain. Find out more at: www.sustainweb.org/brexit

And now for the technical bit...

To protect safety, nutrition and quality standards for food sold as suitable for babies and young children, the Repeal Bill must…

1. Effectively convert all relevant legislation into UK law
Regulations for the composition of baby food sit in official guidance (‘delegated act’), an explanation of how to interpret the legislation within the Foods for Specific Uses regulations that came into force in July 2016 (EU 2016/127) The delegated act within this regulation which relates to baby foods was however not agreed by the EU parliament when the two other delegated acts within the bill were, due to concerns over the sugar content of baby food, the pesticide limits and the age that foods are marketed from.

Processed cereal-based foods and baby foods for infants and young children therefore remain covered by Commission Directive 2006/125/EC, adopted under the old legislative framework of Directive 2009/39/EC. It sets out rules on the composition and labelling of processed-cereal based foods and other baby foods. It gives criteria for the composition (protein, carbohydrate, fat, mineral substances and vitamins) of weaning foods including, where necessary, minimum and maximum levels.

In addition to the requirements in Directive 2006/125/EC, processed cereal-based foods and baby foods must also comply with other specific provisions laid down in the relevant measures of EU law on hygiene, on the use of food additives, on the presence of contaminants and on the use of materials intended to come into contact with the products.

On the labelling part of the Parliament's resolution, the European Food Safety Authority (EFSA) has been asked by the European Commission to update the scientific opinion on the appropriate age for introduction of complementary feeding of infants. They are expected publish this opinion by the end of Sept 2018. If this promotes policy coherence across trade and health this would be a great step forward and being part of this debate is essential for the UK.

On the general review of Directive 2006/125/EC, the Joint Research Centre (JRC) has been asked by the Commission to carry out a study on processed cereal-based food and baby food that can feed into the preparation of this update. The JRC will study the baby foods on the market and existing national and international food based dietary guidelines and recommendations in the context of infant and young child feeding. It will also look at the issue of sugar and is expected to report at the end of March 2018. (The JRC study will form the basis of Commission discussions with Member States.)

Following on from the JRC study, expected by the end of March 2018, EFSA, will be asked, in its role as risk assessor, if and how the consumption by infants and young children of processed cereal-based foods and baby foods with a given composition, as recommended by the JRC study, is compatible with a balanced diet. Once EFSA has completed its assessment, only then will the Commission put forward a draft delegated act on processed cereal-based foods.

This development of thinking and regulation is an important improvement for child health in the EU and there is a risk that babies in the UK will not benefit from the protections around the composition of baby food that these will hopefully bring. Any new delegated act will not be developed in time for the Repeal Bill process.

In addition, when considering the manufacture and placing on the market of these products the following areas of General Food Law and Food Hygiene legislation should be taken into account:

Food business operators responsible for the manufacture of the product must conduct studies in accordance with Annex II to Regulation (EC) No 2073/2005 in order to investigate compliance with the criteria throughout the shelf-life. In particular, this applies to ready-to-eat foods that are able to support the growth of Listeria monocytogenes and that may pose a Listeria monocytogenes risk for public health.

Standards for baby food to be exported to other countries

With regards to export rules, the provisions of Directive 92/52/EEC have been superseded by Article 12 of Regulation (EC) No 178/2002 laying down the general principles and requirements of food law. For the sake of simplification and legal certainty, Regulation 609/2013 will repeal Directive 92/52/EEC with effect from 20 July 2016.

2. Formally recognise important scientific advice and legal opinions already established [i]
National provisions in England are the Processed Cereal Based Foods Regulations SI 2003 No. 3207 as amended by the Food for particular Nutritional Uses (Miscellaneous Amendments) Regulations 2007. Separate, but parallel legislation is implemented in Scotland, Wales and Northern Ireland.

3. Ensure that robust data, scientific advice, surveillance and compliance mechanisms are maintained [i]

The Repeal Bill must make clear the UK’s relationship with important EU agencies, such as the European Food Safety Authority and the European Chemicals Agency, as well as recognised EU Reference Laboratories that help with scientific assessments and monitoring. The UK may wish to establish its own domestic arrangements for such work, but the public, parliament and the food industry need to understand how this would work and how much it would cost, before committing to big changes. The Repeal Bill should seek to secure continued full cooperation and participation with EU agencies until such time as a UK agency fulfilling an equivalent role has been established.

Note: At time of writing, it is unclear how existing legislation and standards will apply or be enforced in the UK Devolved Administrations after the UK's departure from the EU. 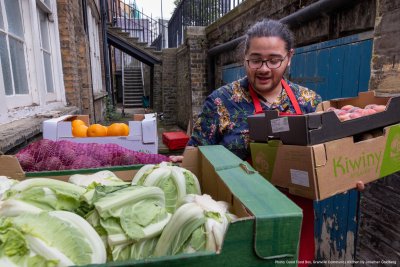 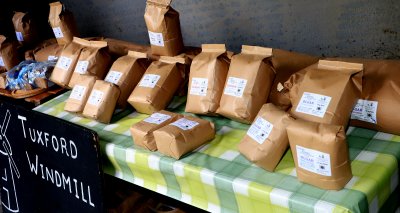 An adaptive approach to wheat breeding, growing, processing and baking - a farmers perspective