Today’s annual report from the Chief Medical Officer, Dame Sally Davies, reads like a wish list for Santa to improve the nation’s health. Ben Reynolds uses the 'Cone of Uncertainty' to see how many wishes are likely to come true. 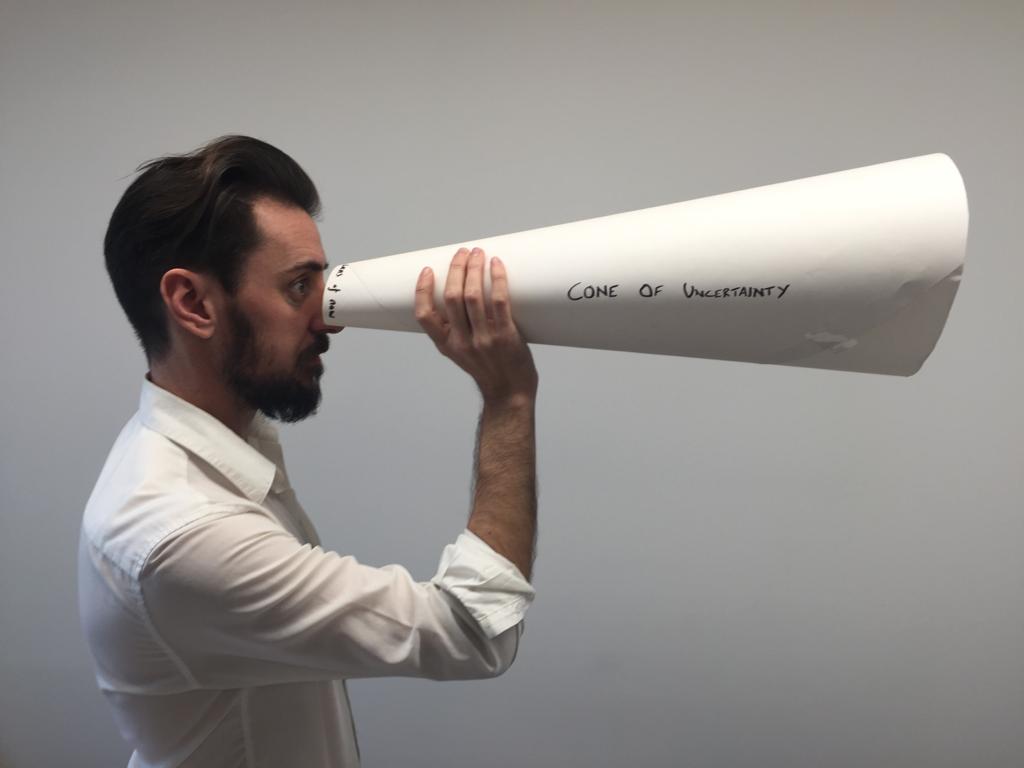 'Calls for taxes on unhealthy foods', read the headlines today following the annual report of the Government's Chief Medical Officer, now nicknamed Chief Nanny - a moniker which she probably won't lose sleep over. As ever with press coverage, this isn't strictly what the report is calling for. But more on this later.

The report is interesting in that it turns health on its head, looking at it as an asset to be protected or improved, trying to move away from a fixation on growing problems such as diet-related disease. But whilst we definitely need a sense that change is possible, not least from someone in her position, we can’t lose sight on the scale of problem that needs to be faced. Fortunately, Dame Sally has her sights set on some interesting proposals, with 15 recommendations ranging from eminently achievable to tantalisingly radical. And lest we forget, when looking back over her previous years' annual reports, much of what she wishes for comes true sooner or later.

To pick out a few from this Christmas wish list, let’s start with one of the stocking fillers: extending the sugary drinks tax to include sweetened milk-based drinks with added sugar (let’s just call them milkshakes). This category was always on the cards with the original Soft Drinks Industry Levy, and many health officials and organisations already have their sights set on closing this loophole in the review of the Levy due in a year or so. So whilst it’s neat and focused, it’s not the big news item on her wish list.

More of a big ask is giving local public health teams more powers and money to improve people’s health. Alas there's little detail on what these powers would be. For example, would this include things like restructing the opening hours of fast food takeaways around schooltime? And this after yesterday’s depressing news the previous day to the CMO's report, of £240 million real-time cuts in Public Health budgets.

So where’s new money going to come from? The report also recommends that Government ‘review the use of fiscal disincentives in relation to foods that are high in sugar and salt and also incentives to increase fruit and vegetable consumption’. We’ve come a long way in the last three years, where the very mention of food taxes would get shot down by policy makers. But then came the evidence and examples on how a sugary drinks tax could work. The problem is that the evidence isn’t yet there for other similar fiscal measures, let alone the public arguments which have been so strong for something (sugary drinks) most of which have next to no nutritional value. So it’s important to stress that this report is calling for more evidence. And with that we would encourage trials, like Sustain set up with Jamie Oliver, and his and other restaurants, demonstrating the benefits of a Sugary Drinks Tax.

More importantly, there needs to be some clear sense of what any money raised should be spent on. In this, public health teams might play second fiddle to more emotional arguments around directly improving children’s health. As the CMO's report states a number of times, the link between low income and poor health is well established, so the strongest arguments will be around ring-fencing any money raised to go to increasing eligibility of things like free school meals and Healthy Start vouchers – already being run by Government, but with under half of those families classed as in poverty currently eligible.

This is where the CMO’s report misses a trick. She could have been much firmer on calling for further ring-fencing of the sugary drinks tax money in future years for initiatives to improve children’s health. Not only is there no commitment to the Healthy Pupils Capital Fund beyond the initial £100 million raised, but this money was never effectively ring-fenced. At Sustain we hear regularly from schools and local authorities who are looking at different ways to spend the money raised, giving the sense that there is little evaluation nationally to date of the impact it has had. This will rile those community groups who get asked to show the impact of £100 grants and donations, if the government is not evaluating their own £100 million programme. To win the public over to bold moves like rebalancing the price of food, they will need to lead with clarity on how it is going to be spent.

Good food should be more affordable, accessible and attractive. Only then will we see a shift in consumption away from unhealthy and unsustainable food and drink - products that leave taxpayers to pick up the costs of an overstretched NHS and environmental damage. The proposals in the report are a step in the right direction, however, and need more airtime and detail. And we'll even forgive the inclusion in the report of the slightly hilarious piece of academic bunkum the 'Cone of Uncertainty' which is straight out of surrealist comedy.

2020 vision: Looking back over an extraordinary year