The 2015 edition reveals how London Councils are showing leadership on school food and in other catering under council control but less able to control what goes on outside the school gates.

The Good Food For London report is now in its fifth year. The main findings are:

The Good Food for London league table 2015 is topped by the London Boroughs of Greenwich, Islington and Tower Hamlets. In addition, four boroughs were recognised for having been consistently in the top five since results started to be compiled in a league table two years ago: Camden, Islington, Lewisham and Tower Hamlets. Eight boroughs were also celebrated for being ‘most improved’, demonstrating change is possible even in a short period of time: Barking & Dagenham, City of London, Croydon, Greenwich, Hackney, Newham, Wandsworth and Westminster. 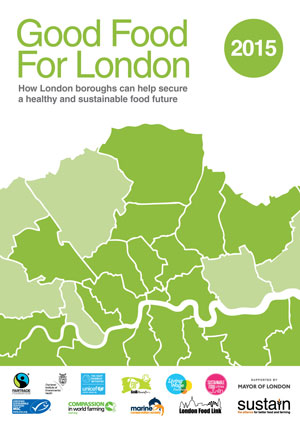