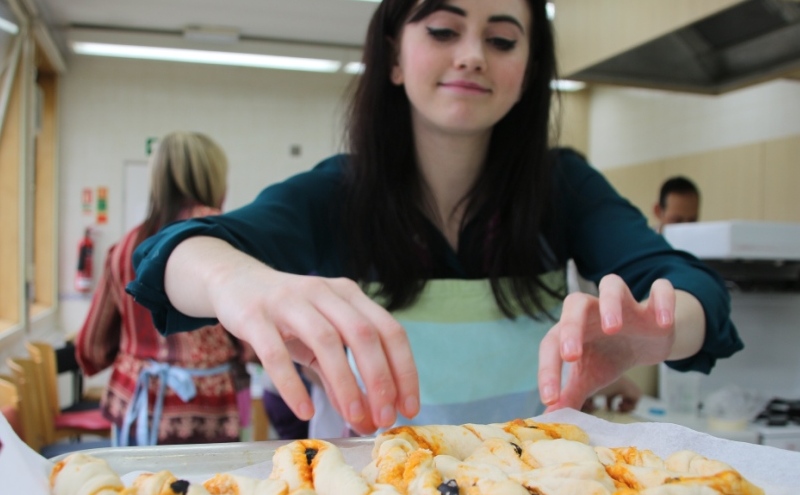 The class was part of Together We Rise, the Campaign’s initiative to help more people enjoy the therapeutic and social benefits of Real Bread making

It was run in collaboration with the Occupational Therapy (OT) department at the hospital, once known as ‘Bedlam’, perhaps the oldest psychiatric hospital in the world. The class was led by Campaign supporter, and Bread Angel, Gaye Whitwam of Sticky Mitts Bakery, with the help of deputy head of OT, Jenny Shaieb.

Thanks to the support of Jenny, Gaye and departmental head, Peter O’Hare, this class will be followed in April and May by a series of six, hands-on baking workshops for a small group of service users resident at the hospital.

As the Campaign reported in 2013’s Rising Up, there are many fantastic bread making enterprises and initiatives being run for the benefit of people facing a range of challenges, from living with learning disabilities, to ex-offenders preparing for a new life on the straight and narrow. Whether due to lack of time, funds or perceived need, while many of those involved in such schemes reported that they observed, or simply knew, what they were doing was beneficial, their valuable work is going largely unrecorded.

In light of this, the Together We Rise initiative is designed to: