Marks and Spencer sandwich makers generate thousands of surplus slices each day, so a new beer made using those cast-offs can only be a good thing, right? Chris Young looks beyond the PR exercise and isn’t so sure. 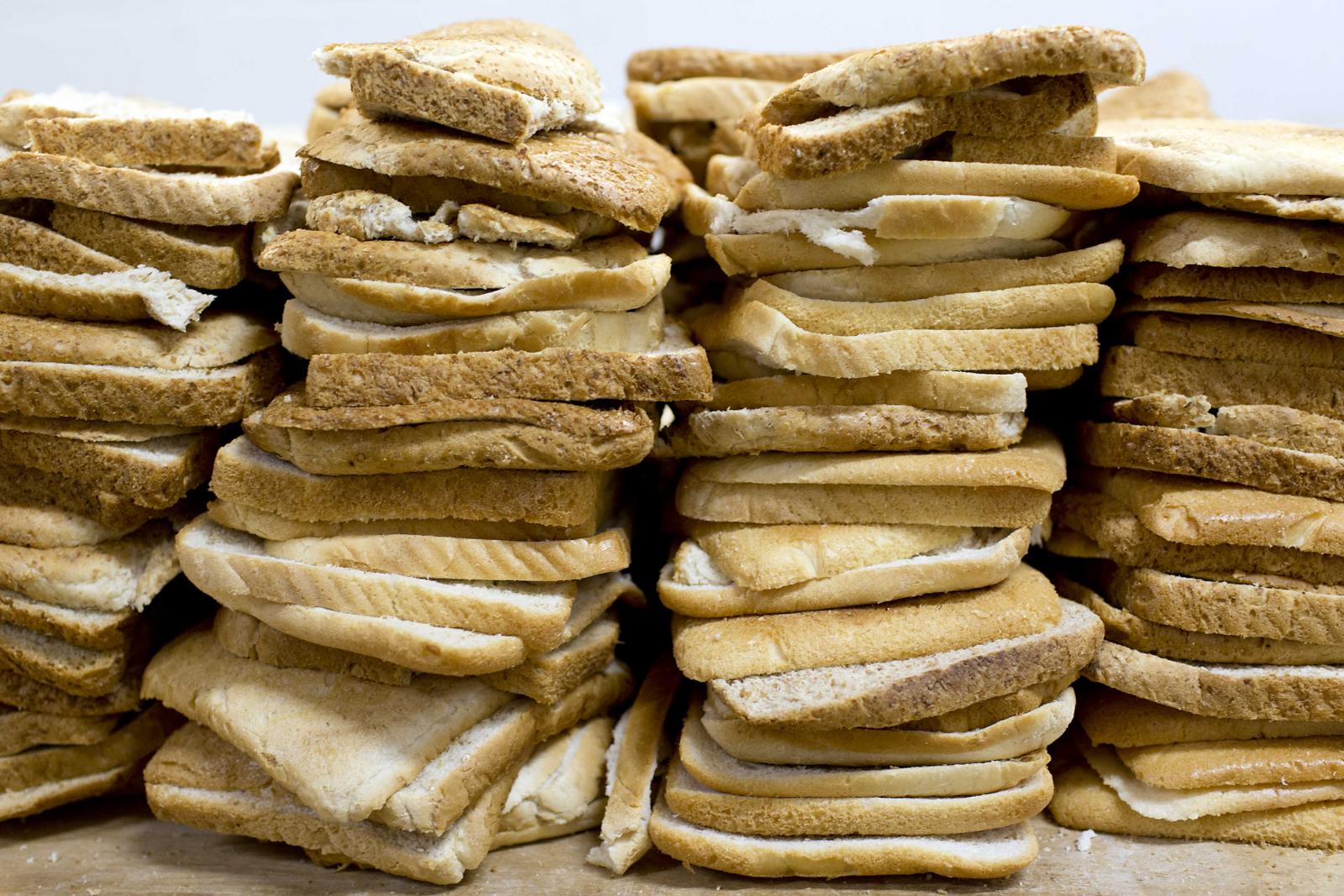 In his 2009 book, Waste, Tristram Stuart highlighted that just one M&S sandwich factory automatically binned a shocking 13,000 industrial loaf slices every single working day. That wasn’t just the two end crusts, but the next slice in from each end as well. Almost a decade later, the supermarket has now teamed up with Adnams brewery to launch Used Our Loaf, a range of beers made using some of these slices in the brew.

While the Real Bread Campaign welcomes change by large multiple retailers to address food waste, my fear is that this might be little more than a marketing exercise by M&S, rather than a genuine attempt by the chain to tackle the problem. Adnams is replacing 25% of the grain used in the beers with loaf cast-offs. Even if they upped this to 33% as Toast Ale, the UK pioneer of surplus bready brews, does, M&S will need to sell around 13,000 bottles every day to do to stop that number of sandwich factory reject slices going to waste.

That’s not to say that publicity stunts can’t be a good thing. Right from the start, Toast Ale has been very clear that beer isn’t going to solve the nation’s enormous industrial loaf waste problem, which is estimated to be around 24 million slices a day from households alone, not to mention those binned before they’re even sold.  As a social enterprise, Toast’s mission is to highlight the huge scale of that problem, whilst raising dough for Feedback, a charity working to tackle it.

According to Adnams’ press release, this project was “inspired by the brilliant work by Toast Ale”. So, why didn’t M&S simply team up with the social enterprise? I know that they are game. Louisa at Toast HQ told me: “We’re happy to have inspired action to reduce food waste, though would have liked to work with M&S. Fixing global problems requires collaboration. We want to share knowledge and resources to drive innovation, and to create as much noise as we can to change behaviours. We invite all bakeries and brewers to join us in the rev-ALE-ution!”

Meanwhile, I’ve heard on the grapevine that M&S PR people promoting the new brews have actually asked journalists not to even mention Toast Ale. If true, this hardly seems sporting and, happily, some publications have been giving a rightful tip of the cap.

At the very least, I feel that the supermarket could agree to donate profits from these beers to Feedback, or another food waste reduction charity. The same goes for any other large bakery or retailer considering brewing up its leftover loaves: Please team up with, or do it in support of, a social enterprise or charity.

More widely, while bakeries and retailers making efforts to prevent surplus loaves from being wasted (including by giving to people in need, or to farms as animal feed, which M&S says it also does) is good, what the Real Bread Campaign would like to see is far less surplus being generated in the first place.

That is why we published our dough saving No Loaf Lost guide to surplus slicing for small bakeries. We know the real problem lies with the big industrial loaf fabricators and supermarkets, but as we work with small bakeries, that’s where we’re starting – let’s show the big players how it’s done!