Soil and Environment in the 2019 Manifestos 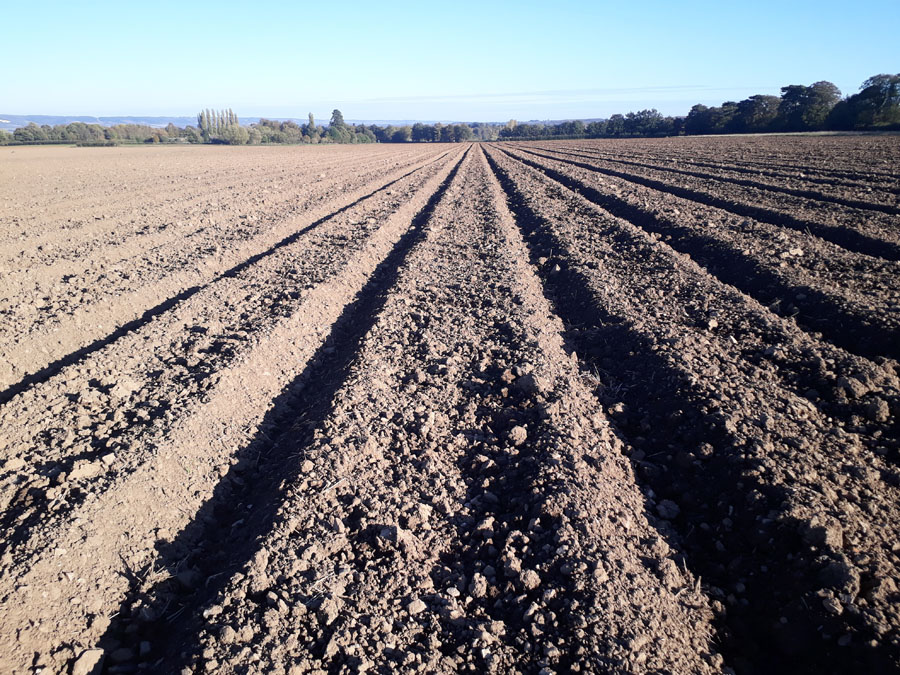 Matthew Orman of the Sustainable Soils Alliance dissects the commitments from some of the main political parties.

In the midst of the most divisive election in living history it is hard to make a convincing case for the state of our democracy, its parties and their capacity for reasoned debate. Policy vision has been eclipsed by Brexit, exaggerated statistics and the morals of the respective party leaders.

Despite this unedifying context, however, it would be a shame and a mistake to overlook the progress that the environment as an issue has made since 2017.
The Channel 4 Climate Change debate was the first televised election debate between party leaders dedicated to climate issues to take place anywhere in the world. Boris Johnson’s failure to attend should not eclipse the fact that such a debate would have been unthinkable only a few years ago.

The drive is clear public appetite. The majority of voters have said climate change will influence how they vote; and over two-thirds want the government to deliver stronger climate measures. The climate is now tied with the economy as the third most important electoral issue in the U.K. (up from eighth place in 2017).

“The UK has never had an election like this one in terms of the profile of climate change. To have all the major parties supporting a transition to net zero within a few decades and competing with each other on policies to deliver is unprecedented.”

There is a consensus around who has won this particular competition. According to Friends of the Earth, the Greens, Lib Dems and Labour go furthest towards tackling climate change, while the Conservatives stand accused in comparison of failing to put the environment “at the heart of their manifesto”.

The Conservative’s position is understandable given their focus on Brexit and the lessons learnt from 2017’s manifesto debacle. Despite this it is disappointing to see so little of the energy bought to Defra by Michael Gove – or of tangible successes like the 25 Year Plan for the Environment.

As a soil-focused organisation we have considered the manifestos through the prism of agro-environment policies, including nature-based solutions in the battle against climate change. Tree planting makes for an interesting case study of how these issues have gained traction since the last election.

In 2017, both Labour and the Conservatives committed to planting a million trees of native species - respectively to promote biodiversity and better flood management and in towns and cities to improve air quality. Compare this with 2019, where the commitments now sit at Labour: 100m a year (2bn by 2040), Greens: 70m a year, Lib Dems: 60m a year, SNP: 60m a year and the Conservatives: 30m.

This commitment escalation is evidence of the parties’ appetite for targets (whether achievable or not!), but also the realisation that voters now see agriculture as having a clear role in the fight against climate change. One area of agreement between them is the objective to replace the Common Agricultural Policy (CAP) with a payment framework that rewards farmers for environmental land management.

Unfortunately soils are not subject to the same quantifiable ambition as trees, although there is clear evidence of progress since 2017

(see our summary of the place of soil and land in each of the UK’s dominating political party manifestos here).

In their manifesto, the Liberal Democrats promise to set targets for soil under the legally binding Nature Act which comes with a commitment to £18 billion expenditure over five years, while the Green party promise the conservation and development of high-quality soils and soil restoration in upland areas for flood management.

The Tories, meanwhile, have promised a more modest £640 million for a Nature for Climate Fund for, for example, 'planting trees and restoring peatland' while Labour have promised legally binding targets to 'restore species and habitats, plant trees, and improve upstream river management.'

That soil features at all in 2019 is a credit to the work over the last two years of the community of scientists, businesses, farmers and campaigners that make up the SSA membership; but also to the dedication of its parliamentary champion, Taunton Deane Conservative candidate Rebecca Pow. She has hosted three dedicated soil-specific events in Parliament (including the first in its history), while championing soil’s cause in parliamentary questions and debates on the farming and environment bills.

This commitment and effort have prepared the way for soil’s place on the political agenda and set the focus for the next Parliament and beyond. Indeed, absence of clear targets in the Manifestos is evidence of where the work now needs to be done – measuring and understanding local and national soil health, quantifying soil’s climate change impact and outlining the steps needed to incentivise practices that improve soil health.

Above all what is needed is a strategy for how the country will achieve its target - outlined in the 25 Year Environment Plan - of sustainably managed soils by 2030. Whichever party or parties triumph on Thursday, we look forward to working with them to achieve this goal.

Read what the main political parties have said about food, farming and fishing in their 2019 election manifestos and Sustain’s commentary

Securing good trade deals will be critical not just for our food supply, but – depending on the foods and standards prioritised – our...

One year on from the last time we faced no-deal Brexit, and a global pandemic later, the government appears to have learned little about managing a...

How can our food system benefit from planning reforms?

Government has published a package of proposals for reform of the whole planning system in England which could have a profound impact on food and...

The National Food Strategy: Part One makes a commendable start on addressing why so many people cannot access the food they need. But older,...

The Obesity Strategy in local terms: time to build on the momentum?

What are the implications of the Government’s obesity strategy for local work on healthy eating? Vera Zakharov and Fran Bernhardt explore the...

By Matthew Orman
Co-Executive Director of the Sustainable Soils Alliance

Matthew Orman is co-Executive Director of the Sustainable Soils Alliance. As a Public Affairs Consultant of nearly 20 years' experience, Matt also leads on this aspect of the team's work.