Why does it sometimes feel that everybody is avoiding gluten these days, asks Naomi Devlin. 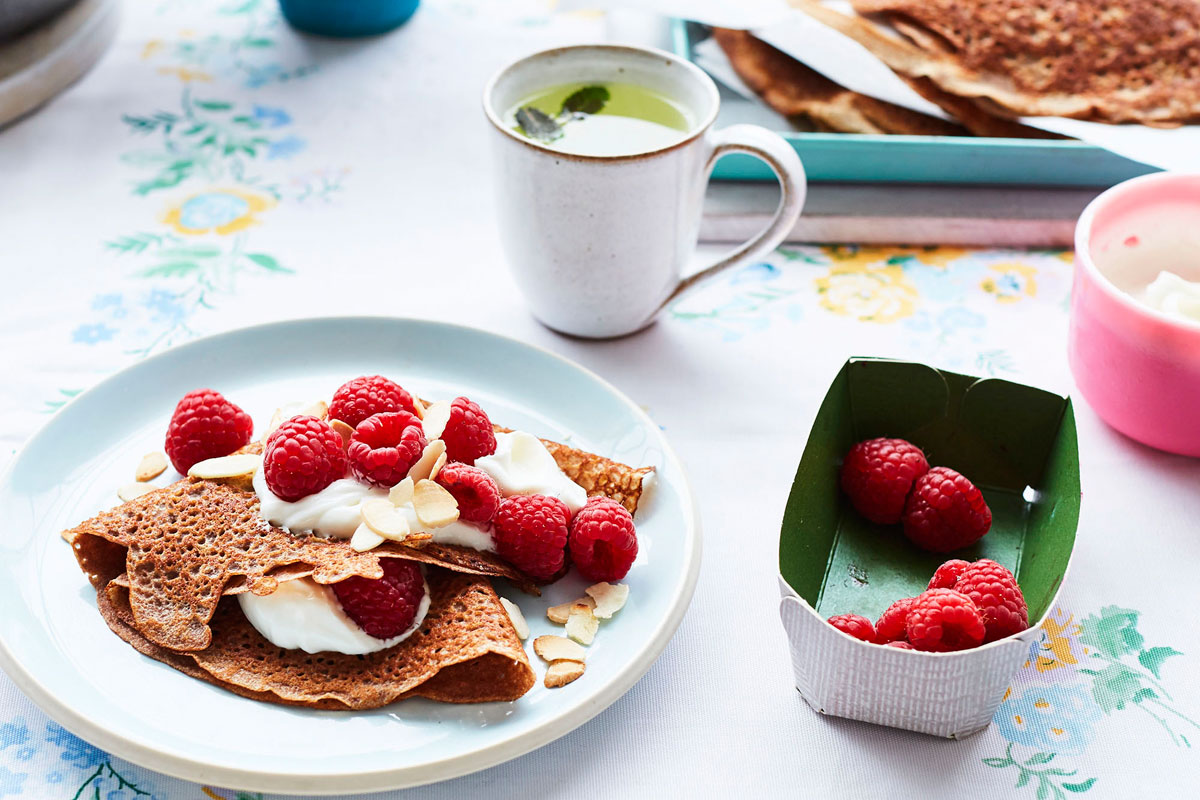 While only 1% of the population is thought to have coeliac disease, and similarly small numbers have a genuine allergy, many others experience bloating, fatigue and weight gain that – rightly or wrongly – they attribute to eating wheat or gluten. Some people believe that these symptoms are caused by the genetic complexity of modern wheat, while others claim that humans are unsuited to eating grains because our guts have not evolved much in the 10,000 or so years since we began cultivating and eating them in quantity.

Contrary to the ‘healthy halo’ that marketers and others have built up around commercial gluten-free foods, they are not inherently better for you. When people rely on some alternatives to whole grains, their health may suffer.*

When it comes to what might be causing some people’s non-coeliac responses, my money is on the fact that modern, heavily-processed foods contain more starch, refined sugar and artificial additives than slowly-grown, slowly-prepared foods found in traditional diets. Because low-protein, gluten free flours don’t hold water in suspension the way that a gluten matrix does, products attempting to mimic leavened wheat bread  need a replacement that forms a gel in order to trap the bubbles of CO2 that give bread its structure. Commercially this is achieved with emulsifiers such as carrageenan and carboxymethylcellulose (CMC) that may inflame the gut lining.

Another issue is that grains used in commercial foods are rarely fermented or sprouted, which may leave them harder to digest by some people. Also, highly refined flours contain little of the fermentable fibre that feeds our gut microbiota.

I have coeliac disease and choose to eat gluten-free whole grains and ferment them wherever I can in order to maximise their nutritional potential. I do not expect to buy gluten-free Real Bread in a supermarket. Instead, I bake gluten-free sourdough at home and stash it in the freezer so that I can toast it whenever I want.

Rather than trying to imitate the white industrial loaves that might have ruined your digestion in the first place, think about baking something flavoursome and sustaining. The key to baking nutritious and delicious gluten-free wholegrain breads is to start with the inherent qualities of the flours themselves. Buckwheat has a grassy flavour and is good for rise, chestnut has a melting quality and sweet, nutty flavour and teff gives a delicious, malty flavour and silky texture.

Natural binders include linseed, chia seed, psyllium husk and slippery elm bark, which some people might also find soothing and anti-inflammatory. Other, non-vegan, binders include egg or yogurt, which are nourishing additions that raise the protein content of a dough, whilst also softening the crumb.

Even if you can eat wheat, we can all benefit from diversifying our flour choices and experimenting with naturally gluten-free – and delicious – other non-cereal flours.

*After this article was written, scientists at Harvard University published a study that looked at more than 30 years of research involving around 200,000 patients, which concluded that simply avoiding gluten could increase the risk of type 2 diabetes by up to 13%.

Naomi Devlin teaches at River Cottage and Otter Farm, and is author of River Cottage Gluten Free (Bloomsbury, 2016) and Food for a Happy Gut (Headline, April 2017)