The Children’s Food Campaign has won a landmark ruling by the Advertising Standards Authority (ASA) to stop Kinder targeting adverts to children via its Kindernauts website, Magic Kinder website, app and YouTube films. But parents say rules designed to protect children are still not good enough. 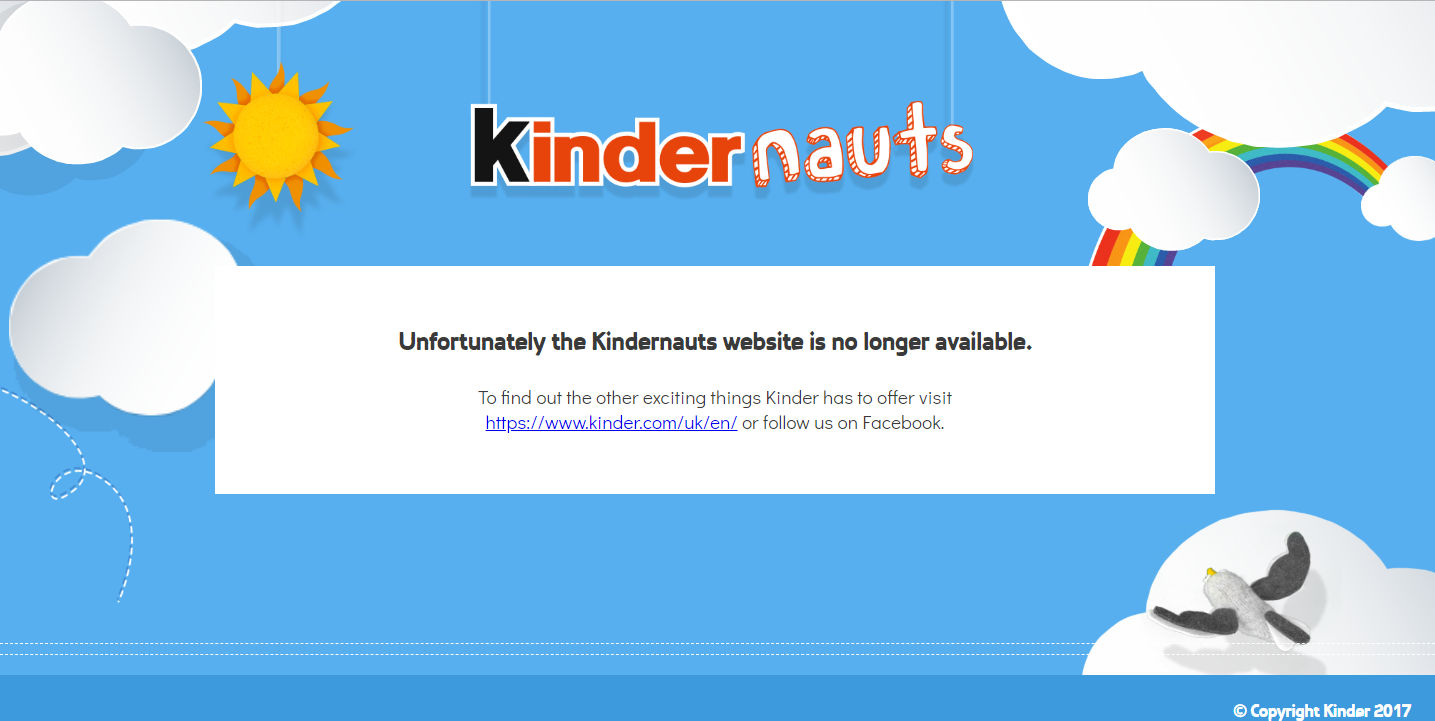 The Children’s Food Campaign has won a landmark ruling by the Advertising Standards Authority (ASA) to stop Kinder targeting adverts to children via its Kindernauts website, Magic Kinder website, app and YouTube films. The ruling by the ASA Council agreed that the sites and advergames had broken rules set by the Committee of Advertising Practices (CAP) on the promotion of high fat, salt or sugar (HFSS) products to children under-16.

The new ruling sets a ground-breaking precedent for future brand advertising and use of child-friendly cartoon characters and toys by confectionery, snacking or fast food companies, as the Kinder websites and advergames had created sub-brands which heavily featured the toys and characters associated with Kinder Surprise chocolate products.

“Kinder might be surprised at this ruling, but we’re not. These web and app-based games and videos were deliberately designed to encourage children as young as three years old to collect the toys associated with Kinder chocolate. In the midst of a rising child obesity crisis, it’s about time the ASA called time on these irresponsible marketing tactics, and we’re delighted they upheld our complaint. However, the fact such campaigns are still being developed is further clear evidence that current rules and guidelines are still far from adequate in protecting children from constant exposure to junk food marketing.”

In a recent survey with parents conducted by the Children’s Food Campaign, more than 9 in 10 said they were concerned about the effect the ads were having on their children, and over half described themselves as ‘extremely concerned’. Parents overwhelmingly agreed that current rules are still ‘not good enough’ at providing adequate protection from exposure by children to junk food marketing, and most said they felt ‘there were no circumstances in which it is appropriate to advertise unhealthy food to children’.

In the research, which was conducted with 140 members of the Children’s Food Campaign Parents’ Jury, 8 in 10 parents said they had come across junk food adverts or marketing activity targeting their children in the previous two to three weeks, and more than half said they had seen a junk food advert in the previous 24 hours. Parents claimed that the advertising influenced their children’s food preferences and increased pestering for the advertised products, and made it more difficult to encourage healthy eating habits.

One parent of a 6 year old told the campaign,

“Families struggle every day to say no to their children. We just want more we can say yes to. It is so exhausting saying no all the time and creates unnecessary arguments and tensions between parents and children.”

More than 9 in 10 parents also expressed support for a total ban on the use of children’s cartoon characters and toys in the promotion of unhealthy foods and snacks, tactics used by many brands including Kinder.

“Kinder eggs seem to be regularly used in random Youtube videos... Eg. Learn to count, or learn colours,” said one male parent of a 2 year old in London.

“Kinder eggs with Disney princesses on them catch my children’s attention immediately,” said another female parent of 3 and 5 year old children.

The Advertising Standards Authority, in its landmark ruling on Magic Kinder and Kindernauts, noted that “it was not possible to purchase Kinder Surprise toys separately from Kinder Surprise chocolate and considered they were an added incentive to purchase the product over other chocolate and confectionery products. We considered the toys were therefore intrinsically linked with the chocolate product and even young children would specifically associate the toys with the chocolate.”

The ASA has now instructed Ferrero, owner of the Kinder brand, to remove the advertising sites and games, and to avoid marketing directly to primary school children using child-friendly characters and promotional items such as toys. The Kindernauts website, Magic Kinder advergames and YouTube channel are no longer available in the UK.

Press Coverage on this story:

The Guardian "Websites of Kinder banned over advertising to children"

The Times "Chocolate website banned for advertising to children"