Sustain alliance gets training in AGM Activism from ShareAction

ShareAction ran AGM activism training with Sustain staff, volunteers and colleagues, helping us to start 'upping our game' on health as well as climate and nature emergency. 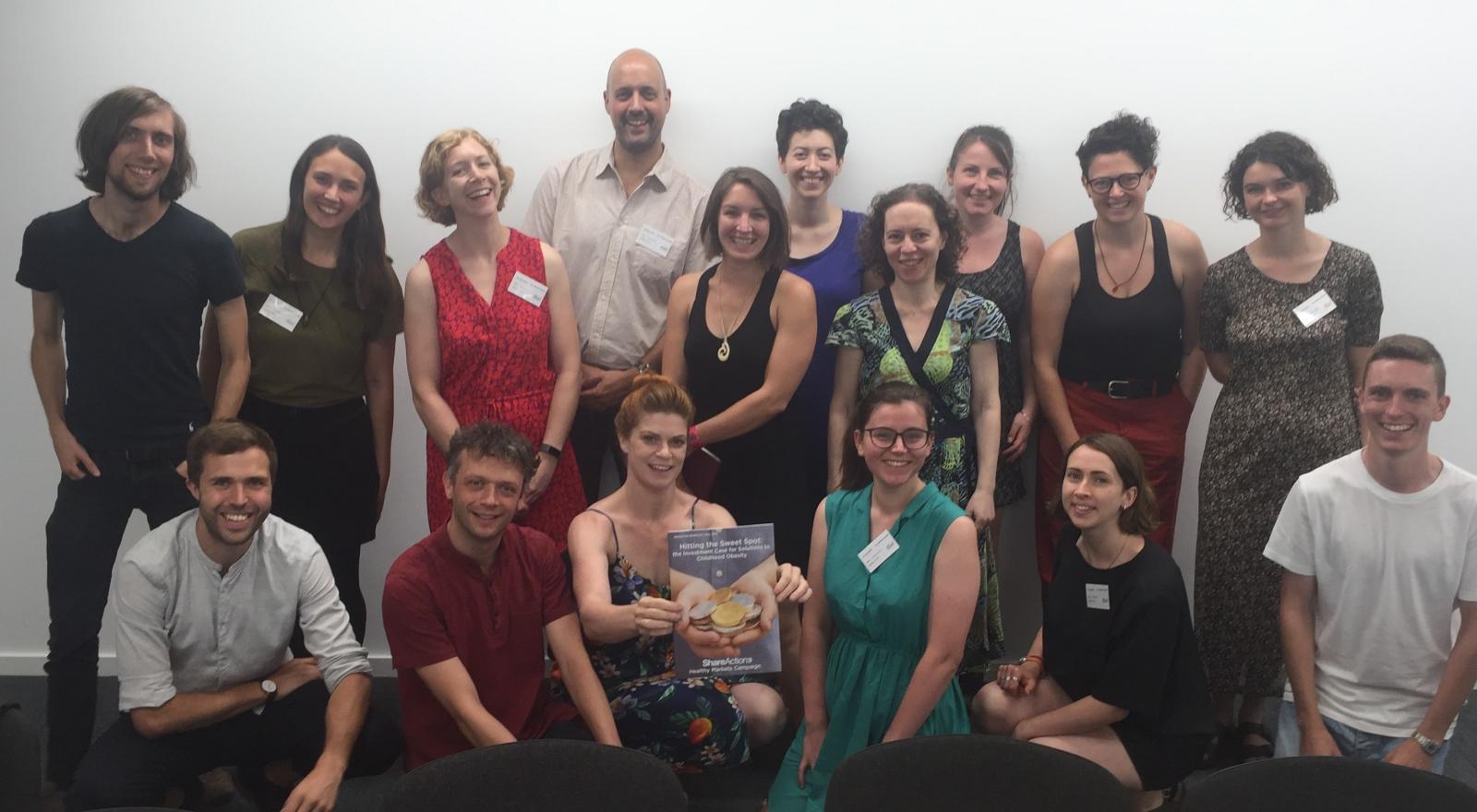 ShareAction is a not-for-profit organisation building the movement for responsible investment, working to transform the investment system and unlock its potential to be a force for good. Sustain has worked with ShareAction before on exposing the risks to companies of investing in food production that over-uses antibiotics; lobbying Sustain’s pension provider to divest from fossil fuels; promoting the Living Wage; and ShareAction is also running a great campaign on investment to reduce child obesity (already supported by Sustain’s Children’s Food and SUGAR SMART campaigns).

This training is one of our first practical steps following Sustain's declaration of a ‘climate and nature emergency’, helping us to think about what we want big companies to do to step up action to avert dangerous climate change and restore nature.

The session was also about putting pressure on companies across the broader range of food, farming, fishing, health and environmental issues that Sustain and our alliance members work on.

Sustain staff joined the session who work on children's food and health; Sugar Smart; making land available for community food growing; sustainable farming; sustainable fish; city food policies; and food poverty. They were accompanied by colleagues from Sustain member organisations and associates such as the Alliance to Save Our Antibiotics; Consensus Action on Salt, Sugar and Health; the Fairtrade Foundation; Feedback; Pesticides Action Network; School Food Matters and Sustrans.