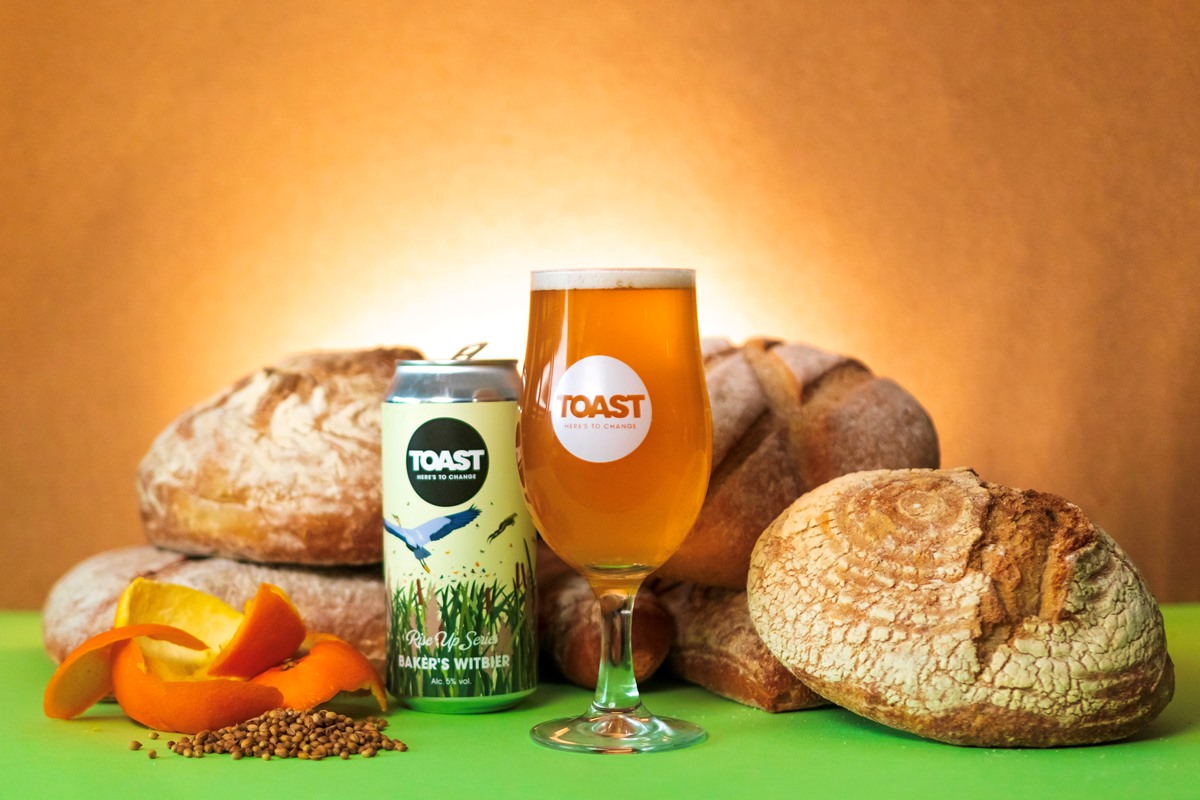 WIN
Toast Ale and Hobbs House bakery are offering adults (18+) in the UK the chance to bag a case of Baker's Witbier, a box of organic Real Bread and a copy of our recipe book Slow Dough: Real Bread. Read details and enter by 22 March 2021

As the  Baker’s Witbier label  notes: “Industrial  food  production  is  polluting  our  rivers,  which  create  coastal  dead  zones  as  they enter  the  ocean.  But  one-third  of  food  is wasted. By  reducing  food  waste,  and  supporting farming  practices  that  use  less  chemical fertilisers,  we  can  protect  freshwater  sources.”

The Rise  Up  campaign  encourages  drinkers  to  urge  their  MPs  to  be  advocates  for  climate  and  nature,  and  ensure  the  food  system  is  taken  into  account  in environmental  policy.

Toast’s  co-founder  and  Chief  Operating  Officer,  Louisa  Ziane,  says  “We  want  to  celebrate  positive  action  we  can  all  take  including  not  wasting  food,  eating  a  more plant-based  diet,  and  supporting  more  responsible  business  models  like  B  Corp. We  need  ambitious,  sustained  action  by  policy  makers, businesses  and  citizens  to  deliver  transformational,  systemic  change.  We  need legally-binding  targets  and  progressive  environmental  protection  policies  that  will  force  all  businesses  to  act  and  create  an  incentive  for  ecological  renewal.”

All  profits  go  to  Sustain alliance member environmental charity Feedback to  support  campaigning  work  on  food  systems  ahead  of  COP26. The  beers  are  available  from independent  retailers,  on  draught  at  Waitrose  Unpacked  stores, and direct from www.toastale.com

As the label of each Toast Ale says: Bread shouldn't be wasted, neither should you be. Please drink responsiblly.

Get your copy of True Loaf magazine