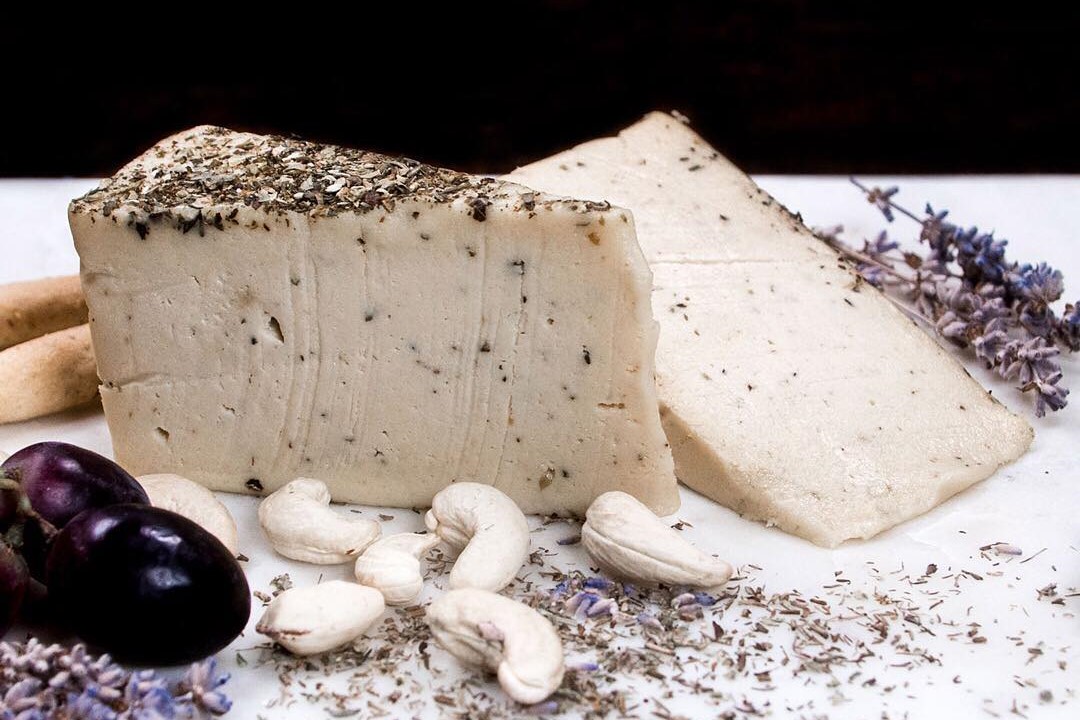 With vegan street food popping up across the city, and plant-based versions of favourite treats now available in supermarkets, animal avoidance is ever easier for Londoners. Home cooking might still be where plant-based eating shines best, so here are some of the exciting, good food producers we know that offer tantalising ingredients and inspiration to our fair citizens.

One of the only companies offering organic, British-grown quinoa and other homegrown grains and pulses on a commercial scale, Hodmedod’s has quickly become a foodie favourite, with their success only growing since being awarded Best Food Producer at the BBC Food and Farming Awards last year. One of their newest products, an umami paste made from fermented fava beans, is a deeply-flavoured puree that can be used as the base of an endless array of veg-centric stews, stir-fries, and soups.

Small batch vegan cheese makers I am Nut OK are satisfying cravings through a growing number of stockists in the city, particularly with their sumptuous Smokeydokey, a paprika infused cream cheese style spread made with cashews, and Foiegeddaboutit, a black truffle and porcini mushroom ‘faux gras’ pâté. Ticking many sustainability boxes with their waste-reducing techniques, their spreads are sold in returnable and recyclable glass jars, while hard cheeses are wrapped in compostable film, and they even include return labels with online orders, so that packaging used in shipping can be returned and reused.

Or - especially if you're throwing a party - you could outsource your efforts to a caterer like Shambhu's.

To wash down your plant-based creations, no celebration of London’s good vegan food producers would be complete without a nod to its great beer and ale brewers, including Toast Ale, whose line-up of beers created with fresh surplus bread were transitioned to fully vegan in late 2017, and Earth Ale, whose foraged ingredients are celebrated in an unfiltered and unfined brewing process.

If that's not your cup of tea, then maybe Hackney Herbal’s teas are. Carefully created with the dried leaves and flowers from a patchwork of sites around the borough, they come in a variety of blends. All their profits go towards the progression of their work with local mental health charities and workshops, and the teas make great gifts.

The radical retailers changing the way we shop