Hello, is it meat you're looking for? 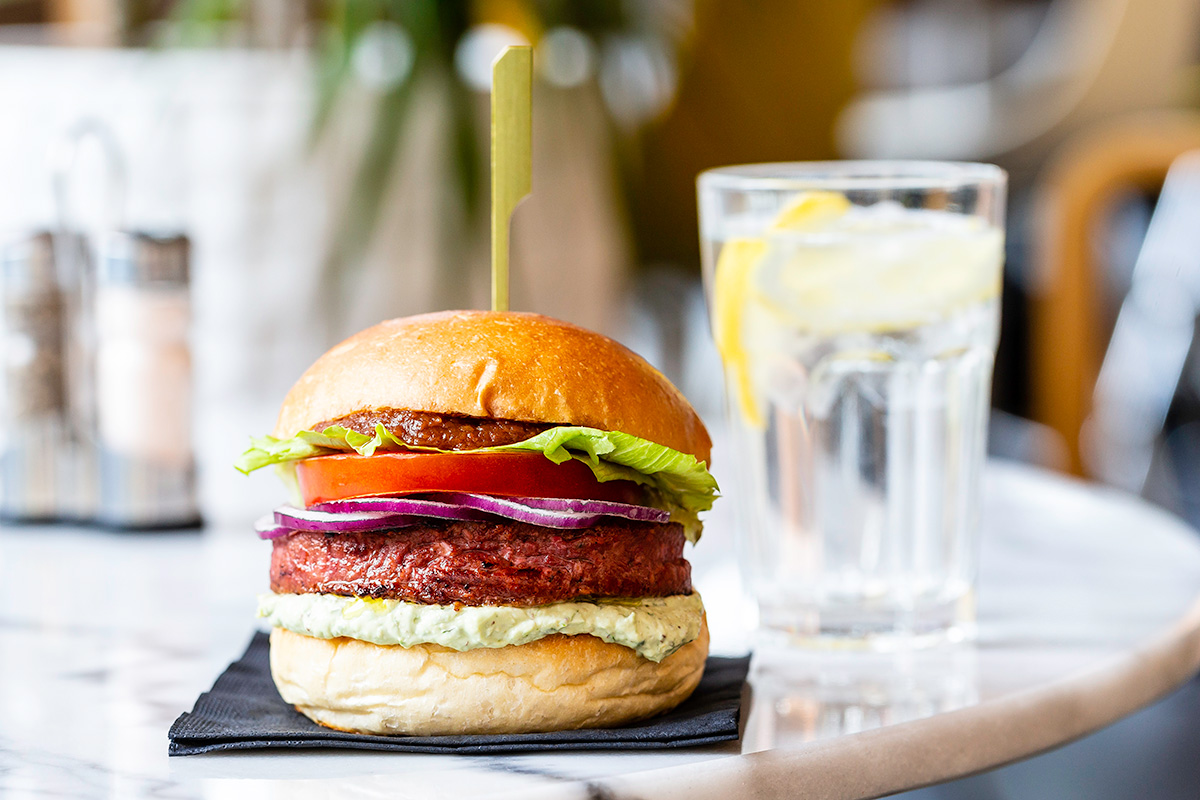 There is ever greater awareness of animal agriculture’s impact on the environment, human health and animal welfare, spearheaded by savvy, networked consumers, living under the looming shadow of a projected population of nine billion, says sustainability and social impact consultant Tania Han.

The case for alternative protein continues to grow. In its quest to democratise TV and film consumption, Netflix has beamed advocacy documentaries such as Forks over Knives, Cowspiracy and Vegucated on screens and into the minds of viewers. The success of the annual Veganuary, where people sign up to try veganism in January, indicates further shifts towards plant-based food. Since its 2014 launch, the number of official participants has increased from 3,300 to 168,000 in 2018, a 50-fold increase over 4 years.

For burger fans, rapid advances have been made in the development of meat substitutes. The Dutch Weedburger and high-tech plant-based burgers such as Beyond Burger and Impossible Burger are generating much excitement. Their manufacturers have found a way to make the burgers look and feel like real meat; the Impossible Burger is infused with plant-based heme (the iron-rich molecule that makes blood red) to make it ‘bleed’ and taste like beef. Closer to home, another ‘bleeder’, the Moving Mountains B12 Burger has been making waves with its UK launch at Mildred’s in Dalston. Entirely vegan and made with oyster mushrooms, peas, potatoes, wheat and soy proteins, coconut oil and vitamin B-12, the B12 has had rave reviews.

It’s tempting to think of these innovations as new, enabled by the latest technology but plant-based ‘meat’ has been around for decades. A stalwart of vegetarian diets in the UK and globally since 1985, the mycoprotein-based (a single-celled fungus) Quorn has sold around four billion products. Whilst the company can arguably claim to have invented ‘fake meat’, it is now facing considerable challenge from newer companies with bigger capital investment.

Back to grass roots

Plant-based burgers can be highly processed, which some people argue would exacerbate the amount of controversial ultra-processed foods consumed by UK families. Ultimately, the simplest form of ‘alternative’ protein is from plants in their natural form – grains, legumes, pulses, cereals, seeds and nuts. Cultivating and consuming these could be a way to return to a better way of eating, a way that many people around the world still eat. They can play a part in improving soil quality and biodiversity and, because approximately over half of the world’s plant-based protein goes to feed livestock, a plant-based diet provides multiple benefits – feeding humans, reducing demand for livestock and reducing environmental impacts.

A balanced, systemic approach here is important. Most experts do not see veganism as a silver bullet. In fact, unmindful veganism can take its toll when local staples such as soy, quinoa, beans and avocadoes are exported to meet demand elsewhere. Small scale producers in the UK are starting to make inroads in this area; crowned the Best Food Producer at the 2017 BBC Food and Farming Awards, Hodmedod’s works with farmers to grow protein-rich quinoa, peas and fava beans in Essex and Suffolk. I believe the market for local producers should be developed further to support a more sustainable and resilient supply chain.

Is high-tech the answer?

Making headlines alongside meat-free ‘meaty’ burgers is cellular agriculture, producing ‘clean meat’ using cellular methods. Touted as a viable future challenger to actual meat and bankrolled by venture capitalists in the US, its production costs are currently prohibitive (around US$2000 per pound) and due to limited studies it is unclear what the economic, health and environmental implications of consuming it would be.

In Issue 53 we interviewed Abi Aspen Glencross about the promise of cellular agriculture. Then describing herself as a cellular agriculturist, Abi’s subsequent journey has taken her closer to plant-based protein. She told me: “I learnt some hard truths at university about our food and farming system and happened upon lab meat by chance in my final year project. I started a PhD in 2015 and really felt I was making a difference. As I dug deeper, I realised I was condoning the status quo by creating a technology which only takes less from our environment without giving back to it.”

“Food is emotive, cultural; we want it taste good and be conveniently available at the right price,” says Simon Billing of Forum for the Future, the think tank behind The Protein Challenge 2040. The project is working to map and transform the global food system through pre-competitive collaboration between protein industries. “We need to stop telling people what to eat and provide a diverse range of alternatives. We believe chefs and food professionals are key in this.”

Chantelle Nicholson, Chef Patron at Tredwells, and author of Planted, is one such chef who has been providing diners with plant-based options at her fine dining establishment, whilst running regular five-course vegan supper clubs. “There are many interesting plant-based proteins, some have been around forever. Nut butters are popular and we use these to create new textures and flavours. We recently created a plant-based burger with Chick’n’Sours using Quorn fillets. It was delicious and had great texture, flavour and overall taste,” she says. “Diners are more conscious and taking a flexitarian approach. We have seen a sudden increase in plant-based preferences recently; we just have to make it taste as good, if not better.”

With more innovations such as cultured meat, insects and genetically-modified fish in various stages of development, consumers are in a unique position to influence producers directly and indirectly using our wallets and our voices. Which one(s) would you choose?