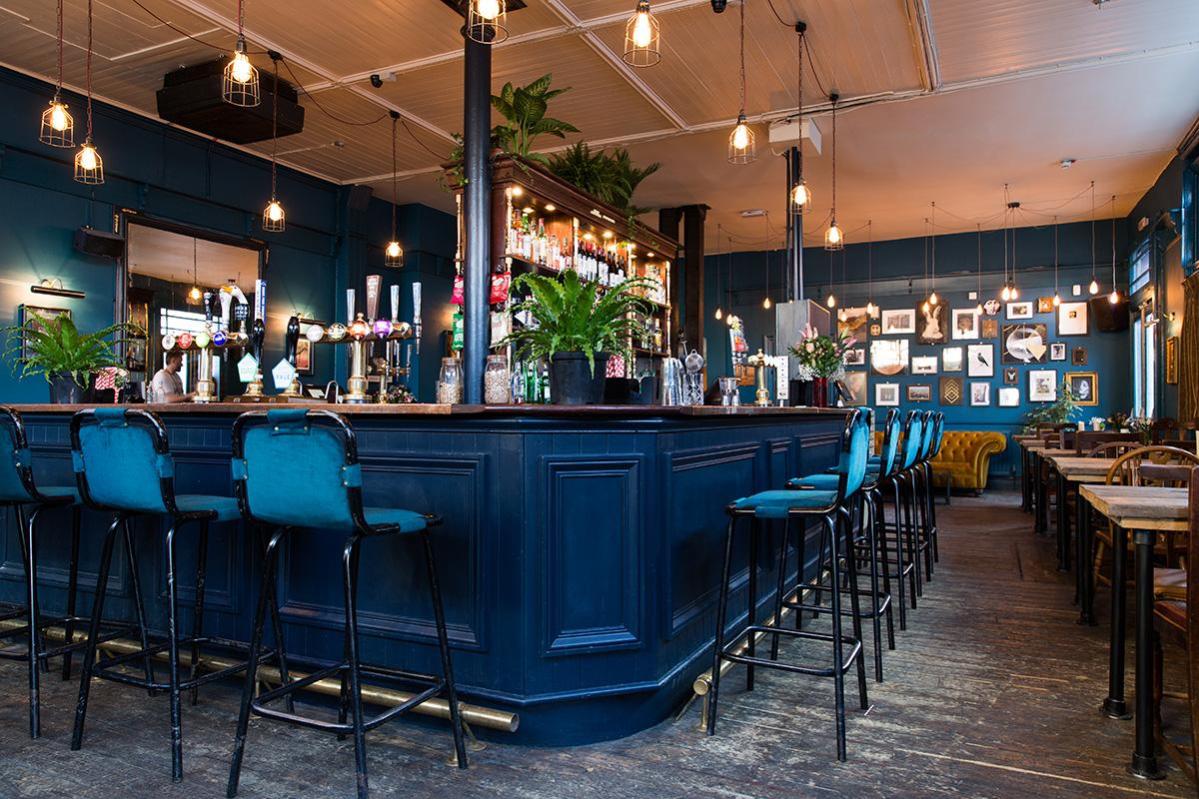 Photo courtesy of The Spread Eagle

Abbi Kent visits the pub that might well be the first and only vegan boozer in the capital.

The Spread Eagle is a curious place, not only for its must-try grub, but its eclectic style. I am struck by a wall covered in picture frames and lightbulbs dangling from the ceiling like golden tentacles. There is a neon-lit shrine to Prince and pot plants spring up all over the place. The throng of chatter and upbeat, oldskool reggae and 80s tunes creates a lively atmosphere.

This playful theme coincides with the founders’ view that veganism shouldn’t be taken too seriously. Luke McLoughlin says, “our vision was to create a 100% vegan pub that felt like an east end boozer, and a lot of people are still shocked when they find out that we’re vegan, even after they have visited, so in that respect yes, I think we’ve achieved it.”

For Luke’s fellow co-founder Meriel Armitage, who’s also behind Club Mexicana, inspiration largely came from her foodie experiences in Melbourne. She found that chefs would particularly love the challenge of adapting their seven course tasting menus, and street food stalls were also keen to explore vegan ways of cooking. Meriel had similar positive experiences with vegan food in LA, San Francisco and New York but, feeling it was something London was lacking, started Club Mexicana “with a mission to prove that veganism is way more than chickpeas and chia seeds!”

Environmental endeavours are very much at the heart of what they do. During a refurbishment, their stools were upholstered in vegan material and write on their website of “all our food drinks, fixtures and fittings being plant-based and sourced sustainably where possible.” According to Luke, their food waste is close to zero: mostly-clean plates speak for themselves; whilst any kitchen leftovers are happily hoovered up as staff meals. There is free tap water on all tables, a welcome delight in this summer’s heady heat, and the Spread Eagle is dedicated to avoiding single-use items such as beer mats, plastic straws and cocktail stirrers. They also love to work with local independent suppliers, including beer brewed especially for the pub.

I chose the trio taco platter, the first of which is al pastor, or marinated ‘pork’. The texture is convincingly meaty and there is a fullness of flavour from a sweet and sour combination, where pineapple contrasts with a crunchy coriander and onion salsa. The second is jackfruit, resembling pulled pork, which doesn’t fail to impress even my carnivorous taste buds. Again it is packed full of flavour from the salsa verde, garlic gravy and salsa fresca. With fish and chips being my go-to meal in a pub, the soya-based baja ‘tofish’ really hits the spot. Its fishy texture, combined with seaweed, pickled cabbage and chillies, creates a very tasty experience that I would go back for.

I am also keen to try their Mexican-style fried ‘chicken’ burger. Meriel says, “When people order it and find out its vegan, it blows their minds, and we love that!”