Is it time to kick the V word? 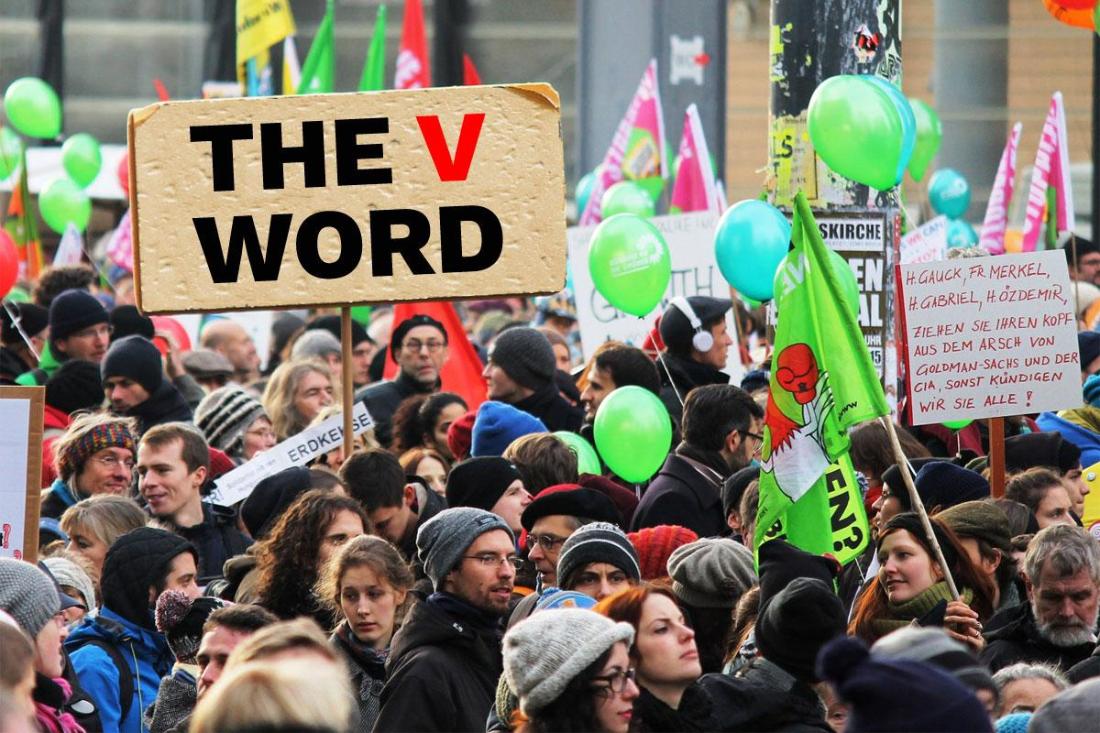 Here at The ‘Eel, we’ve noticed a trend for people referring to meat free dishes and diets as ‘plant based’, so is it time to kick the V word?

I am vegan. It is my identity and I am proud of it. I believe we should be resolute in using the word, and here’s why…

First, labels such as ‘plant-based diet’ don’t fully explain the situation, which is about much more than simply what I eat. Vegan also covers what I wear, products I use and charities I support, so to use any other term would simply be an incomplete and inaccurate description.

Yes, the word vegan has been associated with a hippy-dippy way of life in the past and this has inevitably scared people away, believing it to be strange or a bit weird. But this is changing. Love it or loathe it, endorsement from celebrities such as Beyoncé have brought cruelty-free living further into the realm of what the general public perceive as normal. From all walks of life, people are catching on to the health and environmental benefits and many who don’t fit the stereotype are living a vegan lifestyle, including doctors, scientists and professional athletes, and for all manner of reasons, not just ethics. It is no longer the intimidating word it once was perceived to be. And the more we own and say vegan loud and proud, the more this positive shift is likely to continue.

Suzanne Smith has been vegan for two years and is a former director of the Vegan Lifestyle Association and former committee member of the Toronto Vegetarian Association.
butgrowingupisoptional.wordpress.com
@soosie_janes

The term ‘vegetarian’ – invented in 1842 to advocate a vegetable-based diet – has been completely watered down through common usage to the point where its definition has narrowed to simply mean not eating meat. So someone whose diet consists mainly of cheese, choc-ices and Quorn-based lasagne can be a vegetarian with no misgivings.

‘Eat food. Not too much. Mostly plants.’ Michael Pollan’s much-repeated words form a hugely important adage of our time: most people now accept the importance of a plant-based diet for better health as well as to lessen the cruelty and environmental repercussions of factory farming – including dairy farming.

But both vegetarian and vegan also still have negative connotations that signify self-righteousness and dogmatism. I much prefer the term ‘plant-based eater’. This notion may not require as strong a commitment, but the reality is that the likes of Hugh Fearnley-Whittingstall and Yotam Ottolenghi have done more to move our eating habits towards plants than the more exclusionary Vegetarian Society. We may never become a vegetarian country; but if we can employ a new terminology to help shift the majority mind-set towards a plant-based diet (one that’s either completely or just partially meat-free) then the effect will be to lessen the demand for industrial meat and dairy products overall.

Anna Norman is a London-based writer/editor and lifelong vegetarian.
www.annanorman.co.uk