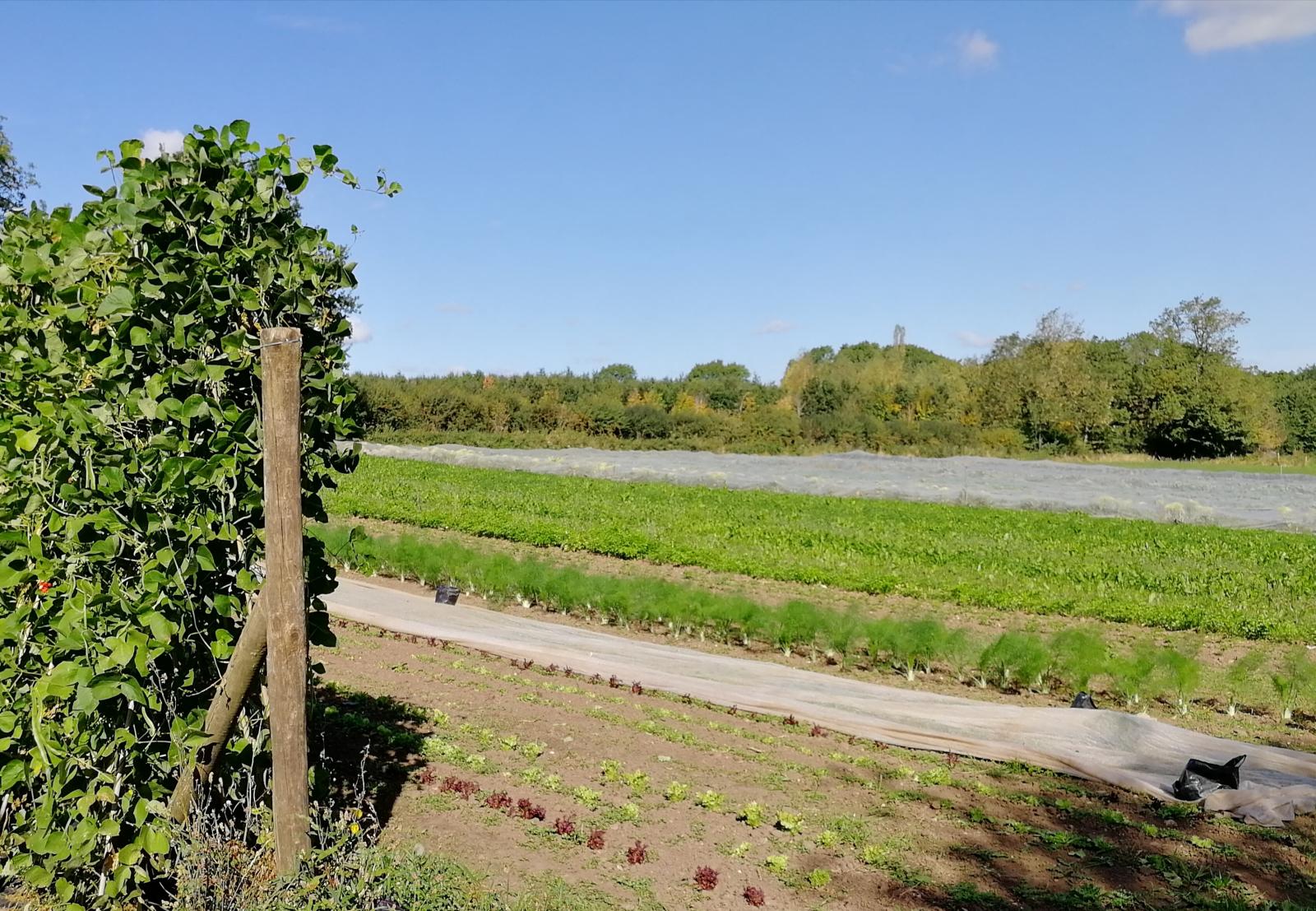 Farmers are facing huge uncertainty. The future of their farm support scheme is a big part of the haze (alongside tariffs, trade deals, availability of workers, costs of input, climate impacts to name a few). Farmers have been guaranteed the same farm support budget of around £3 billion until the next parliament (whenever that is) and are aware that the current form of basic payments and ‘agri-environment’ schemes will be phased down from 2021 to 2027 to be replaced by a whole new system of environmental, animal health and welfare and productivity schemes.

This blog looks at recent developments in the life of the English Environmental Land Management (ELM) schemes.

A few notes before we begin. Much of what I write is subject to Brexit and/or a General Election outcomes - which I label as "STB" (Subject to Brexit). In addition, I can only share some of what has been discussed as Defra need ministerial sign-off on detail before it becomes official...

Below I am mostly referring to the English ELMS scheme. Wales has a national approach and their consultation on a scheme that recognises the “interaction between food production and environmental outcomes” ends on 30 October 2019. They propose a single Sustainable Farming Scheme to reward farmers for delivering Sustainable Land Management based on a Farm Sustainability Review. The stated aims are to:

Scotland has consulted on a 5-year transition but there are few details beyond this. Sustain's sister alliance Nourish Scotland have a useful conference coming up on the Game Plan for a Good Food Nation - 21 and 22 November - that may provide enlightenment.

Where is the Agriculture Bill?

To recap - the Queen’s speech and briefing note confirmed that this government will bring forward (STB) a new Agriculture Bill (alongside 25 other bills) with a new approach to rewarding farmers “for the work they do to enhance the environment and produce high quality food in a more sustainable way” and setting out “the framework for a new Environmental Land Management scheme, underpinned by the payment of public money for public goods”.

This is good and, as the briefing revealed that the old ‘agri-environment’ schemes have demonstrated good value for money (delivering £4 for every £1 spent), HM Treasury should surely be pleased to deliver a sufficient budget for the new era in delivering public goods. This is crucial question for both farmers and the environment, as the recent report by conservation NGOs noted in their Paying for Public Goods report.

It was also a relief to see that the fair dealing obligation remains part of the Bill as “powers to strengthen transparency and fairness in the supply chain, to set common marketing standards”. But this and more of the Bill needed strengthening after all the work done and amendments negotiated on the previous Bill - which all fell in the last session. We will have to set to work to lobby hard all over again. And maybe with a new set of MPs (STB). If we get a new Government, will that mean a totally new Bill?

In spite of all the uncertainties and interruptions, Defra has been continuing working hard on ELMS. I sit on the ELMS advisory group, on behalf of and in consultation with the Sustain alliance sustainable farming working party. So what are the new English schemes likely to look like? I’ve written on this before but Rt. Hon. Michael Gove - when head of Defra - put a red line through the first ELMS design idea of one scheme available to all land managers based on outcomes. It was never going to be simple. So where are we now?

Engagement with stakeholders has been pretty good

Defra have been engaging admirably with a wide range of stakeholder organisations and are in listening mode. They are hosting or joining regional events across the UK to discuss the current ideas – such as events with the National Federation of Young Farmers Clubs. I hope farm and allied workers are able to attend and have their say.

The broad timings are emerging

The current plan [STB] is to run a consultation in the Spring of 2020 on the final draft design, ready for pilot to be rolled out in late 2021 when the Basic Payment Scheme (BPS) payments start to be cut in instalments and all schemes have full ELMS launch in 2024. It is still hard to say how this will affect farmers straddling national boundaries.

The ELMS design has evolved from a single scheme for land managers to a more complex set which remains confidential though one 'possible idea' is a three-scheme approach. It is likely to mean more tailored schemes, targeted to farmers, foresters and land managers depending on the level of commitment, scale of agreement, complexity of action, collaboration involved (for example, at catchment or landscape scale) and timing.

Payments are likely to be a mix of revenue and capital

Moving from the old ‘income forgone plus costs’ system is proving highly tricky and is so closely linked to the outcomes expected (and they’ve not yet published exactly what they will pay for) which makes it hard to consult on.

There are changing priorities

The need to pay for more than compliance with legal standards seems to have been agreed. We have been pleased to see new recognition of whole farm approaches, agroforestry, soil carbon content and possible organic support. Monitoring compliance seems to be around self-assessment with risk of inspection – something which may be concerning given how new this is and novel outcomes being rewarded.

Advice still seems to be a weak spot

This policy represents such a huge change - cultural, agronomic, environmental, economic - that all farmers will need access to independent advice, training and demonstration. There is a stakeholder satellite group digging deep into the theme of advice now, so perhaps progress will be forthcoming in the next stage.

Tests and trials are underway

We need to see trials on farms not covered before, such as horticulture, small-scale holdings, pigs and poultry and so on. Defra are clear that the tests and trials allow them to “to co-design and test the operability of elements of the new scheme and to understand if and how new elements of the ELM scheme work in a real-life environment. Tests and trials are not analysing methods of delivery of environmental outcomes – but rather how the scheme or innovative mechanism will operate.”

The priorities for tests and trials are the building blocks we will need for the National Pilot, due to commence in 2021 such as land management plans and the role of expert advice. They will also continue to run alongside the Pilot, and Defra says “to 2030 and beyond, refining and re-testing to inform delivery and improve operability”. Phase 1 from September 2019 has 44 proposals identified as suitable with 39 approved so far and 34 already contracted.

In future, Defra will issue calls for informing policy development and fill gaps.

The ELM National Piot will test possible approaches at scale

The ELM National Pilot is the means by which Defra will test, at scale, different types of possible approaches to deliver the new Environmental Land Management (ELM) scheme. It will also test the underlying scheme mechanics, such as the payments system, before ELM launches in 2024. The pilot will involve modules in order to test many approaches at different scales – e.g. local level agreements, larger agreements involving many land managers, and a wider ELM scheme open to all land managers. The first modules are likely to begin in late 2021. Some modules will need to be completed before the launch of the ELM scheme in 2024 whilst other modules will run over a longer timescale, perhaps well into the late 2020s. Tests and trials look at potential component parts of the schemes; whereas the pilot will test how different components fit together as a full end-to-end process.

Transitional schemes may be available between 2021 and 2027

Questions remain about integration with other schemes

What about coordination with other Future Farming schemes including the 'animal health and welfare scheme' and 'productivity' schemes? We are told there is departmental coordination but it is not clear yet how these schemes will work in an integrated way, avoid duplication or mixed incentives. I am told more details will come soon and I will keep asking.

Questions about budget and targetting remain

So much of the success depends on what is available and how it is targeted. Until we know more on the outcomes framework (i.e. what they will pay for, where and why) and the allocation from HM Treasury, it is a big unknown. We remain concerned that all the money may be hoovered up by the big players and as it is to pay for public goods it is hard to argue that there should be caps or tapering. Yet smaller players will face specific and potentially huge barriers in getting to know about the scheme, applying and delivering – for instance having staff to undertake work, or land to assign to nature outcomes or pollution control. This should be recognised as soon as possible and factored in to the design of both scheme and payments.

We are all worried that trade deals with countries that do not have the same EU welfare or environmental standards in food production could lead to a ‘race to the bottom’. At our recent session on the implications of international trade for farm antibiotics stewardship, it was clear that the commendable efforts some UK farmers have made to reduce antibiotic use could be put under huge pressure in deals with countries using far higher levels. How will this affect the ability of British farmers to deliver the wider public goods after 2024?

This has been a long update, and still short of all the necessary detail that would enable proper planning by farmers and land managers and the organisations that support them. Please look out for events near you, engage with local Defra and Natural England staff and respond to the final consultation in 2020.

I predict that our alliance's recommendations for amending the ‘old’ Agriculture Bill remain valid and they can be read here. We will work hard with others when the new Agriculture Bill arrives to get the amendments needed so that it sets farming and land management on a truly sustainable path and strengthens fair dealing and market regulation.

We are also co-hosting with Wildlife and Countryside Link a session on the ELMS design at the Oxford Real Farming Conference in January 2020 with Defra presenting, so if you are going to be there do come along.