For the third year running, the UK baking industry’s biggest awards has crowned a Real Bread Campaign supporter as its Baker of The Year. 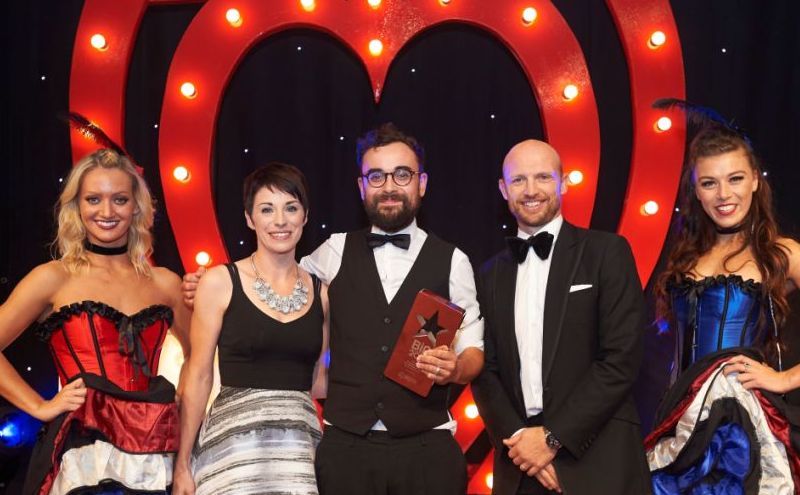 Dominic Salter of Sandwich Box and Salt Bakehouse accepted the accolade at the Baking Industry Awards on 7 September. He was flanked on this year's additive-free finalists’ podium by fellow Campaign supporters Peter Cook and Lee Smith.

Dominic follows on from Campaign supporter Alex Gooch, who won the award in 2015, and Mark Bennett, who won it in 2014, as well as taking and award this year for his Jurassic Coast Sourdough.