Recent success and more stuff by Real Bread Campaign supporters and others. 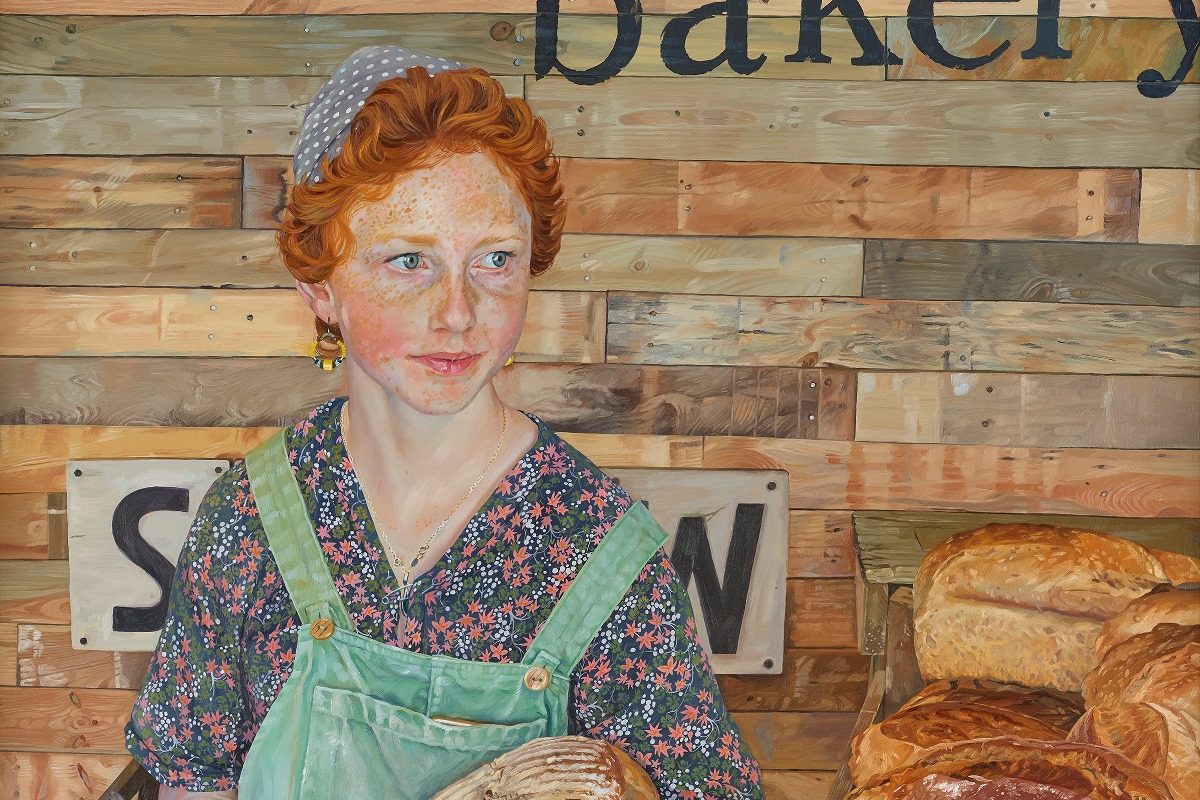 Recent crumbs of news from the world of Real Bread include...

Great Taste Awards judges are pretty restrained in dishing up 3-stars, so congratulations to Campaign supporters Peter’s Yard and Wessex Mill on theirs. Well done also to all of those Campaign supporters whose Real Bread and flour was judged worthy of 1 and 2 star awards.

A painting of Campaign ambassador Kitty Tait (detail above) by Mark Draisey came third in the public vote for the Visitors’ Choice category of this year’s BP Portrait Award.

Oh, you tees
Campaign ambassador, and The School of Artisan Food’s head flour arranger, Wayne Caddy is producing Sourdough Slingers t-shirts very kindly making a doughnation to us for each one sold. To place your order, drop him a line at: sourdoughslingers@thecaddys.com

So you wanna be a boxer?
Britain Loves Baking has launched the Small Bread Bread Box and company founder Greg will make a doughnation of £1 to the Campaign for each one sold. The mail-order kit contains pre-weighed ingredients and step-by-step instructions to make two loaves each of: rosemary and olive garlic focaccia, foolproof crusty French baguettes, Tuscan polenta bread, and walnut sultana and cinnamon bread. The box is £17, or £22 with a copy of the Don’t Waste A Crumb: No Waste Baking and Cooking booklet.

Crouch End’s crowdfunded crustmonger
The folk of London N8 and beyond have helped Campaign supporter ‘Sourdough’ Sophia Handschuh to smash her £25,000 crowdfunding target. Eventually they pledged more than £33,000 to help Sophia move her microbakery business from the dining room to a high street bakery and baking school.

'Why didn't you include me?' The usual reason is because you didn't email the details to us...

Wherever you are on the planet, if you have something Real Bread related you’d like us to help you share, please email a couple of very short lines, including a link to where you have published full details, to us at: realbread@sustainweb.org

We give priority to paid-up Campaign supporters, might post news on social media, rather than here, and reserve the right not to publish at all.

..also
If you haven't done so already, please update or add your bakery or bakery school details on the Real Bread Map, individual classes and events to our calendar, and your good food job vacancies to Sustain's Roots to Work site.