After five years of growing and research, Scotland The Bread has released three wholemeal flours, each organically grown and milled in Scotland from a 19th century Scottish wheat variety. 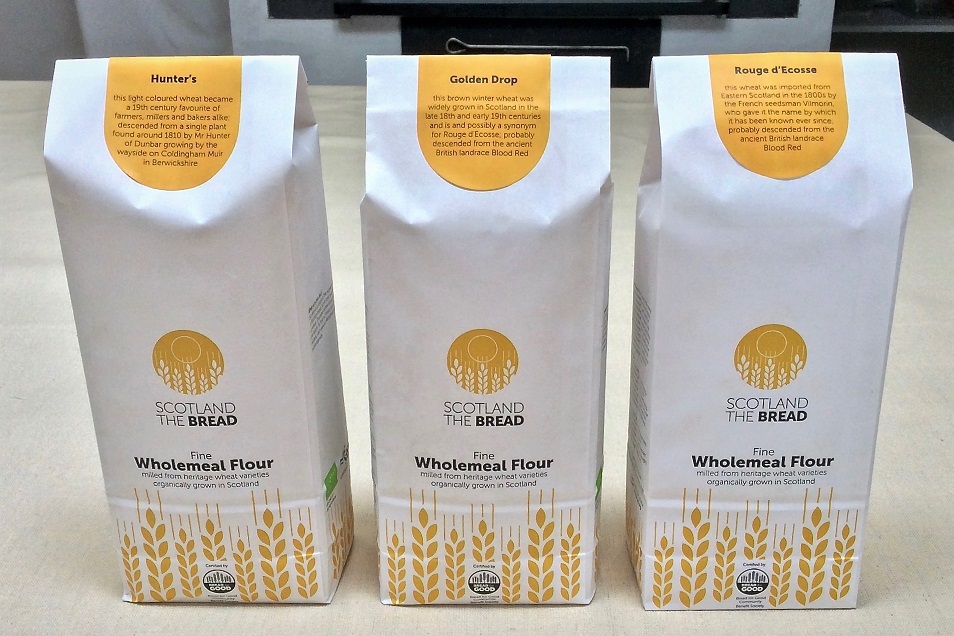 Having collected tiny samples of three heritage wheats from gene banks, social business Scotland The Bread spent half a decade sowing, growing, seed saving and re-sowing to bulk them up to launch single variety flours for home and community Real Bread bakers.

Tests showed them on average to be higher than regular wholemeal flour in calcium, iron, potassium, magnesium, phosphorus, zinc and manganese. Currently in the UK, ‘token nutrients’ are added to all but wholemeal bread flour in an attempt to boost its nutritional value. ‘We believe the best way of doing this is by selecting and growing better varieties of wheat instead,’ notes the Scotland The Bread website.

The project was established in 2012 by Bread Matters, run from an organic farm in the Scottish Borders by Real Bread Campaign co-founder Andrew Whitley and his wife Veronica Burke. Following a successful community share offer, in April 2016 they launched the Bread For Good Community Benefit Society, trading under the name Scotland The Bread.

Alongside nutritional value, a major motivation for the business is increasing the community-centred, Scottish production of wheat, flour and Real Bread. Whitley says: “More than 900,000 tonnes of wheat was grown in Scotland in 2017, enough to make all the loaves the country consumes six times over. Instead, Scottish grain was grown for animal feed, biofuel and to make alcohol, while wheat was imported to mill as bread flour.”

Scotland The Bread’s members and supporters, who include farmers, millers and Real Bread bakers, ‘are working to re-establish a supply of nutritious, Scottish-grown grain, milled close to home and used to make wholesome, slowly-fermented bread that everyone can enjoy.’

Find more information, including how to join the Bread For Good Community Benefit Society, where to buy the flours, and get the best out of them in Real Bread making at scotlandthebread.org