The Children’s Health Fund, which pioneered the Sugary Drinks Levy in the UK is calling for some of the Government’s Soft Drinks Industry Levy which starts on April 6 2018 to go towards a new wave of school drinking water fountains. 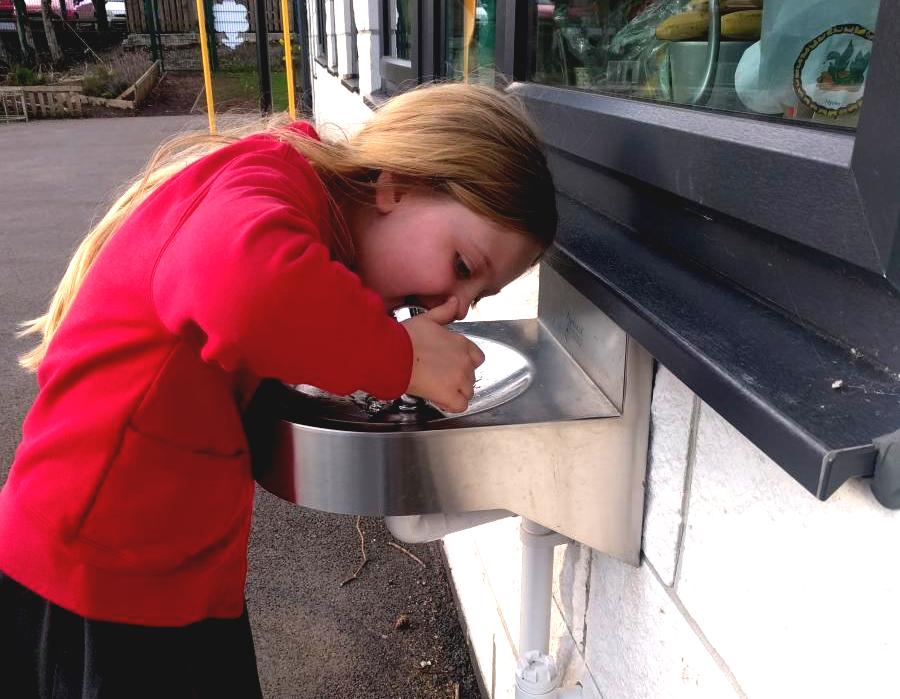 The Children’s Health Fund, which pioneered the Sugary Drinks Levy in the UK is calling for some of the Government’s Soft Drinks Industry Levy which starts on April 6 to go towards a new wave of school drinking water fountains. [1] [2]

The Fund which is closing in the coming months was set up by the charity Sustain and Jamie Oliver in 2015, has seen restaurants including Jamie’s Italian, LEON, Tortilla and Abokado trialling a voluntary Sugary Drinks Levy, adding 10p to their sugary drinks with proceeds going to projects around the UK which improve children’s health. With over a hundred restaurants on board, the Fund has supported almost 50 projects improving access to tap water, and food provision in holiday activities. [3]

Jamie Oliver, who helped to launch the Fund said, “The Children’s Health Fund has done a brilliant job showing how a tax on sugary drinks can bring in new money that can be funnelled into doing good things. We used it to fight holiday hunger for vulnerable kids as well as improving access to water fountains.”

He continued, “None of us like taxes but this tax, which let’s remember, polled at 69% approval rating from the public, is a tax for good and when the Sugar Tax starts in April, that is new money into the department of education to fund breakfast clubs and sport.” [4]

Ben Reynolds, Deputy CEO of Sustain, who helped launch and administer the Fund said, “Our fund was inundated with hundreds of applications from schools for water fountains. We were shocked at the gaps in provision. It seems like an easy win for the Government as these fountains can cost as little as a few hundred pounds and can hugely improve children’s access to tap water, providing an alternative to sugary bottled drinks. This solution is good for children’s health and reduces the plastic burden on the environment.

He continued, “It’s job done for the fund as we’ve not only made the case for a Levy reducing consumption of sugary drinks, but that the money raised should go to projects that improve children’s health like the ones we’ve supported. Now we’re passing the baton onto Government.”

For media enquiries and images of projects supported, please contact Ben Reynolds on ben@sustainweb.org or 07939202711

Notes
1.    The Soft Drinks Industry Levy had been estimated to raise around £520 million in the first year, which the Government has committed to a Healthy Pupils Capital Fund for schools. For more information on what that money can be spent on follow this link: https://www.sustainweb.org/news/mar18_sugary_drinks/
2.    The Children’s Health Fund was set up by Sustain: the alliance for better food and farming, with Jamie Oliver’s help in August 2015. Restaurants and cafes put a voluntary 10p sugary drinks levy on non-alcoholic soft drinks with added sugar on their menu. This fund is overseen by an independent board, made up of experts on children’s health, food and education.  For more information on the Children’s Health Fund see www.childrenshealthfund.org.uk/
3.    The fund supported 47 projects in all 12 regions in the UK. The full list is available here http://www.childrenshealthfund.org.uk/projects/
One of the projects supported was Sparkwell All Saints Primary School, Devon.
Granted £630 to purchase and install an outdoor drinking fountain and drinking bottles for water consumption within classrooms, resulting in increased access to fresh drinking water.
“70+ children now have easy, clean access to fresh drinking water at all times in the school day”
Child A: “now if I am running fast I can get a drink to cool me down”
Child B: “the water fountain is cool because it squirts water”
Child C: “water is good for you and I am drinking lots of it now”

6.    Sustain and Jamie Oliver have campaigned for a Sugary Drinks Tax, and support the Government’s Soft Drinks Industry Levy which comes into force 6 April 2018 throughout the UK. https://www.sustainweb.org/taxthecan/