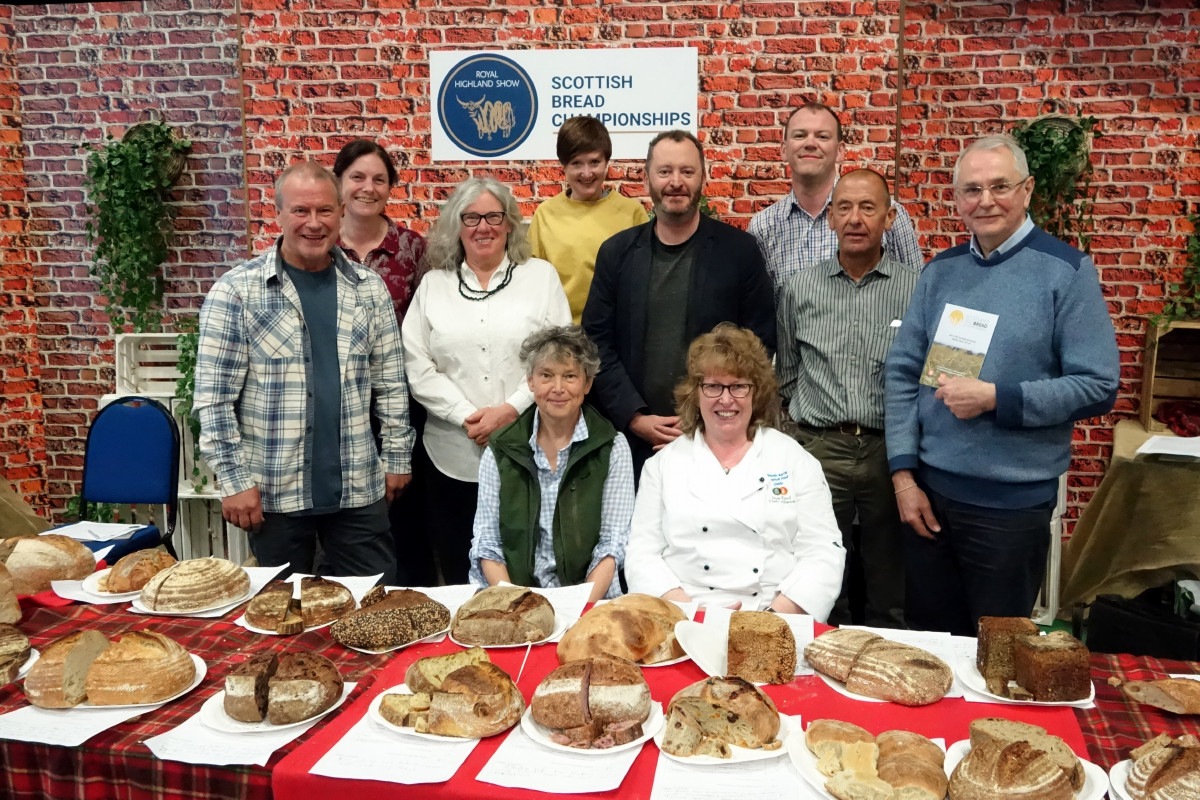 The overall winner, made by the Perthshire bakery from Scotland the Bread heritage wheat, grown and milled in Scotland, was announced on Tuesday 20 June at the Royal Highland Show. The reserve champion was also a sourdough loaf, baked by Company Bakery in Edinburgh.

From over 50 entries submitted by 16 bakers, the panel of 10 judges presented 9 gold, 18 silver and 7 bronze medals.

The full results will be published on the the Royal Highland Show website.

Photos from the judging day.

The Scottish Bread Championships began in 2017 and are run by The Royal Highland and Agricultural Society of Scotland in association with Scottish Food Guide and Scotland the Bread.

They are the only national awards in the world that only accept what the Real Bread Campaign defines as Real Bread (ie made without any artificial additives) as entries.

The Scottish Bread Championships will re-open for entries in spring 2020.