The End Hunger UK coalition have launched a petition today calling on the Prime Minister to fix universal credit. 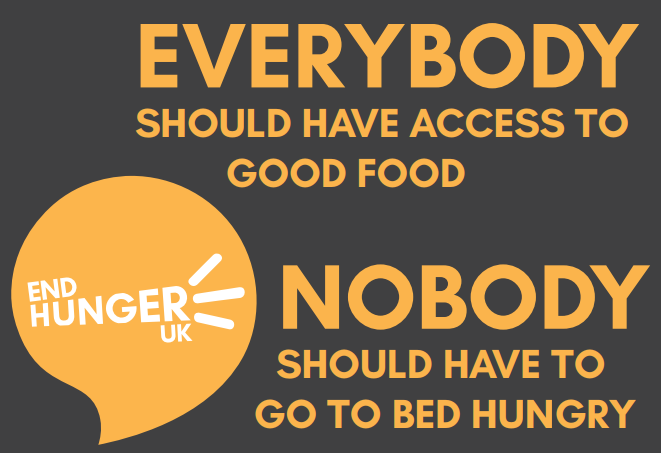 In areas where Universal Credit has been rolled out, foodbanks and other food aid providers report a surge in the numbers of people pushed into greater debt, destitution and hunger as a result of delays, errors, a lack of flexibility and adequate support.

Therefore as a matter of urgency, the End Hunger UK coalition has launched a petition calling on the government to:

The key policy recommendations that are laid out in the report that accompanies the petition are as follows.

In the short term: better training for staff and increased flexibility for claimants.

In the medium term: improving the design of Universal Credit, to ensure it does not leave more people at risk of debt and destitution

In the long term: a commitment to ensure Universal Credit provides people with enough income to afford good food on a regular basis

The End Hunger UK is a coalition that has a vision for the UK to be a nation where everyone has access to good food, and nobody has to go to bed hungry. It is supported by many national organisations, including: Baptists Together; Child Poverty Action Group; Church Action on Poverty; he Church of England; the Church of Scotland; Fareshare; First Steps Nutrition Trust; Food Bank As It Is; Food Ethics Council; Fabian Commission on Food and Poverty; The Food Foundation; the Independent Food Aid Network; Food Matters; Magic Breakfast; the Methodist Church; Nourish Scotland; Oxfam; Quaker Peace and Social Witness; Sustain: the alliance for better food and farming; The Trussell Trust; and the United Reformed Church.